Here is a quick video review:

For the written review, let me start with the iPad Cover / Case functionality first.

The Anker Ultrathin Keyboard Case Cover works very well in that it has a magnetic bar that attaches to the iPad itself and it is very strong when it takes hold.  It takes a fair amount of strength to pry the magnet off, so you know it holds the cover in place well. 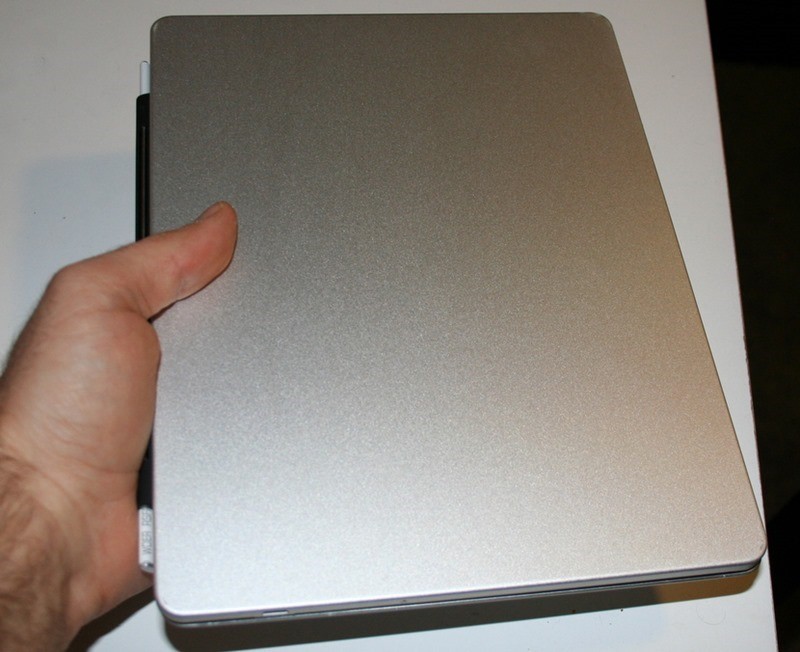 The cover is actually very think for a hard shell cover, and makes it easy to carry around if you slide the iPad with cover on in a bag.

You have full access to all your ports and buttons while the Anker Keyboard Case is attached as an iPad cover as well.  When you open the cover/case and take it off you can easily open the iPad stand part of the keyboard.  This now allows you to rest the iPad in horizontal position only in the keyboard case itself. 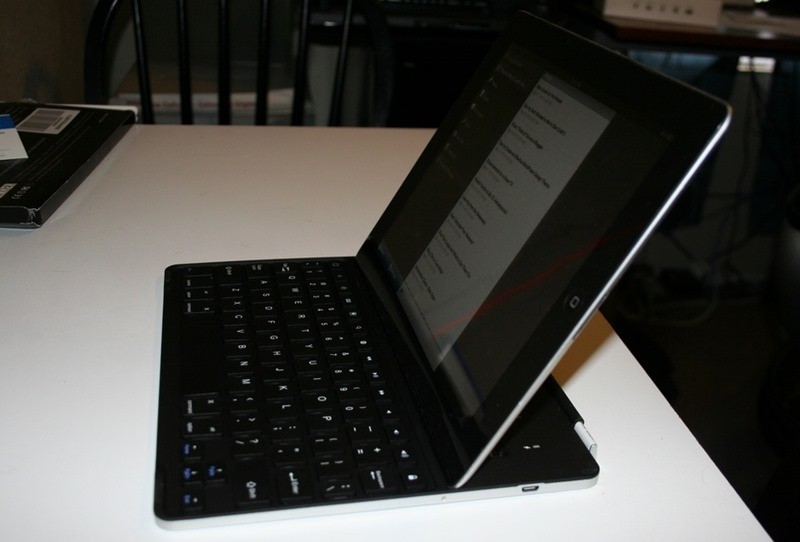 The keys have a nice and comfortable click to them, they also aren’t so soft that they are accidentally pressed, when you rest your thumb lightly on the space bar there is no risk of accidentally pressing space which is nice. The stand position is in a good position and overall the keyboard typing was a huge improvement in speed over typing on the iPad touch surface.

I made a few mistakes while typing but the backspace key is easily tapped with the ring finger on the right hand, the longer I typed on the keyboard the faster I became with it and comfortable hit about 45-50wpm without issue in only 15 minutes of practicing on it which is far faster than I can type on the iPad touch screen.  I appreciated the short cut keys on the Anker Wireless Bluetooth keyboard as well and in particular the brightness keys and volume keys for watching something.

The Anker Ultrathin Bluetooth Keyboard Case was a good product overall it functioned well as a protective cover though it could have used a strap to hold it closed so that it didn’t want to fall open so easily if you held the iPad a certain way.  It also worked very well as a keyboard and was better in fact than my previous Targus Bluetooth wireless keyboard because if it’s extra keys and built in stand.  I can say that this is a solid addition to the Anker product line up.

Disclaimer: Anker sent me a Ultrathin Bluetooth Keyboard Cover case for the iPad so that I could share feedback with my readers and let them know what I thought of the product, these are 100% my opinions and include both the good and some features that could be added to improve the product.