Are you wondering should I use RAID or which RAID should I use for a Terra Master NAS or Synology, WD MY Cloud Pro, QNAP NAS?

Watch About RAID Types and When to Use RAID

When considering a Network Attached Storage (NAS) Array which you install multiple hard drives or SSD drives into, all drives need to match the exact same file size and should be cloned models if you plan on using any form of RAID on the array. RAID 0 will stripe the data across all drives which means it writes data across multiple drives at the same time treating the entire array as if it were a single drive. This gives the fastest read/write performance at the risk of loss of data, since data is striped if you lose any single drive in the array you lost all data when using RAID 0, there is no fault tolerance. With RAID 1 you have mirroring, and this works with a NAS with even number of bays like 2, 4 or 6. One disk is an exact mirror of the other, the same data writes to both drives and if you lose a single drive then you can recover. RAID 5 needs a minimum of a 3 disk array but can use 4, 5 or more. This means you are striping data across N-1 drives, and using one drive as the parity drive for fault tolerance. With RAID 5 you can lose a single drive in an array and still be able to recover all data. RAID 10 which is combinations of RAID 0 and RAID 1 is used with 4 or 8 drives and is striping across 2 drives and mirroring so it can also withstand if a drive is lost.

My personal recommendation if you only use a 2 bay NAS then buy large capacity drives and use RAID 1 to mirror them, sacrificing double capacity for increased redundancy if you lose a drive. If you have a 3 or 4 bay NAS then I would recommend RAID 5 as the best way to maximize capacity and still have redundancy, if you do not care about recovering the data as much or worry about the loss, then you get the best performance with RAID 0 since you aren’t limited by the read and write speeds of a single drive and data can read/write as fast as the combination of all drive RW speeds and the performance of the NAS CPU/RAM/NETWORK speeds to facilitate the data transfer to the drives. 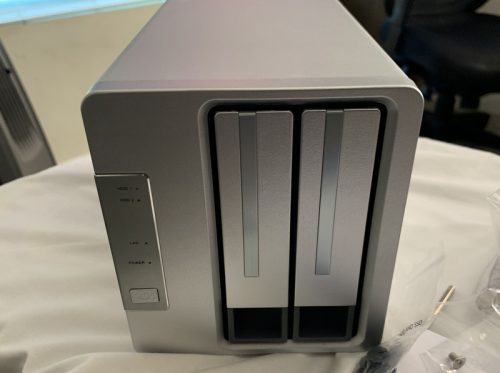 Some examples of NAS Drives that you can configure RAID with