The Bakers Dozen of interview round ups, in this latest article we are showcasing another 5 entertaining streamers that I have reached out to on various social media platforms.  I scour the streaming sites and groups for PC gamers, Xbox One gamers, PS4 Gamers and more who also stream and engage their communities.  I like to feature up and coming streamers, those who are starting out or just haven’t reached a large following yet to give them a spotlight.

I have to give a shout out to Victorious Streams Facebook group as they are an excellent community for streamers to come together and support one another, so many groups and forums are about just promotion and follow for follow stuff which is against terms of service, but Victorious is one of the better Facebook groups for helping promote an actual community who support each other and not just try to poach follow links from each other.  When starting out as a streamer it can be important to peer and learn from other streamers, collaborate on ideas and co-stream games together to help reach audiences these types of collaborations can help you avoid sometimes feeling “isolated” when streaming or if you feel like you aren’t gaining growth or reaching an audience. It really helps to have other streamers to network with, brainstorm with and collaborate with.  With that being said, here are the streamers you should check out and follow this week! 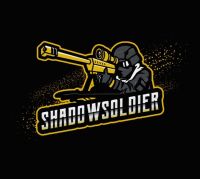 Hi, my name is Randall or ShadowSoldier. I started streaming about 3 months ago and have been grinding ever since. I started streaming because of a fellow streamer named GoldGlove. I once went in to his stream and I was seeing people getting their days completely changed just by joining in on his stream. They would talk about how bad of a day they had but since they could hang out with him in the chat their day was getting better. That’s my purpose of streaming, to try to give people a place to come and hang out, escape from the “real world” and be able to laugh and talk about whatever they want. I mostly stream PUBG and Call of Duty, and when MLB The Show comes out in March, that’s probably all I will be streaming for a while. You can catch me streaming every night starting at 10pm Central Time. I hope you come in to my stream and your day be completely changed by just feeling comfortable and welcome. Come on, come join the ShadowArmy!
Watch live video from https://www.twitch.tv/loneshadowsoldier on www.twitch.tv 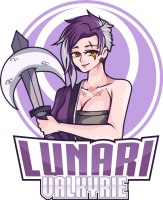 My name is Taylor, AKA Lunari Valkyrie. My alias stems from my love of mythology and the moon, also slighty influenced by LoL. I’m a variety streamer that was born and raised in Hawaii that promotes mental health awareness, positivity, and the LGBTQIA+ (being a lesbian myself). I love to play games like League of Legends, Pokemon, Destiny 2, and I’m always trying to branch out to other games too! I’ve recently gotten engaged to the love of my life on January 18th (which is also her birthday) 2020 and have been with her since April 21st 2017! We’re in a long distance relationship and trying our best to save up so that we can move somewhere together in the future and finally get married! I first started streaming in 2014 when I was 16 years old. I wanted to start streaming because I suffered from awful stage fright and public speaking, but I still wanted to try to make people laugh and smile. I know first hand of all the highs and lows in life, so I wanted to be there to help cheer people up when they’re down. I just wanted to be able to brighten up the lives of others as much as I could and create a safe space where people could be themselves and talk to me if they needed someone to listen and/or give advice. When you come to my channel I promise to always be genuine. I don’t have a persona. What you see is what you get. I’m super friendly…unless you’re toxic, but I’m working on the “kill them with kindness” method! I’m always looking to make new friends, find new games to play, and do my best to help others. I just want to see others happy and enjoying themselves. Unfortunately I don’t know how to edit vidoes, so my YouTube channel is pretty much only VODs and highlights…but I’m hoping to learn how to in the near future. I also don’t have a set stream schedule due to my full-time job, but I try to stream whenever I have free time! I hope so see some new faces soon, and we’re able to be come friends!(edited)
Watch live video from https://www.twitch.tv/lunarivalkyrie on www.twitch.tv 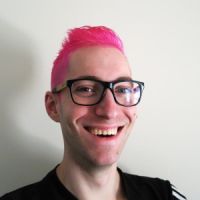 Hey there. My name is MrJordilicious and I’m host to the most delicious variety stream on Twitch. I started streaming in September 2018 and have been loving every minute of it. I’ve always had a great passion for video content. I started my journey as a content creator on YouTube (where I still post videos to this day) but I missed the interaction with my audience. Sure people leave a comment here and there, but it’s not real time. Given my love for video games, the step to Twitch was an easy one to make. I can do something I love, in a medium I’m passionate about AND I get to interact with my audience in real time. I’d call that a home run! I would say that interaction and narration is my favorite part of streaming. I love meeting people from all over the world. Chat is always my number 1 priority when streaming, so don’t be afraid to say hello. My main goal with streaming is provide a positive and inclusive place for people to just wind down and have a great time. Everyone is welcome, as long as you are awesome (and you are!). As a member of the LGBTQ+ and furry communities I know the importance of acceptance. Making people smile is my ultimate goal. Therefore, people who support the stream with things like subs or donations get to see me eat a Bean Boozled Jelly bean… something chat enjoys a lot more than I do.

At the moment I stream every Monday, Tuesday and Friday starting at 8PM (CET), but keep an eye on my Twitter account for the latest schedule changes or unscheduled streams. Stay delicious and I’ll see you over on twitch.tv/mrjordilicious 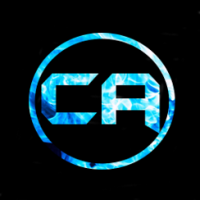 Hello everyone. I am Chri5angel. And no I am not the famous magician. My nickname came out of my name and my girlfriends name Angela. I am from Cyprus which is a small island in the Mediterranean Sea. I studied computer science and I know a lot about computer hardware as well. Currently I work in the military which absorbs a lot of my time. I am a small streamer that loves anime, heavy metal and cooking. I also collect gaming and anime figures. Off course mostly I love gaming. My passion for gaming drove me to start streaming so I can help others, give them advice and give them the feeling I felt when I was watching others. I started streaming 1.5 years ago approximately because I wanted to do something fun and productive with my time. On streams I mostly play competitive Overwatch, Titanfall 2 but you might find me playing any new games that will have my interest. Off course you will listen to me singing humming and chatting. I love engaging with viewers learning about them and off course making new friends. Unfortunately I don’t have any stream schedule since my work gives me 6 24-hour shifts a month and they are not steady but I try to do it as much as possible. Hit me up at www.twitch.tv/chri5angel and I promise we will have a blast together. 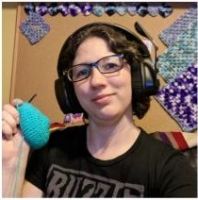 I would have never guessed that playing World of Warcraft in 2008 would change my life. Hello, I’m HyperZenGirl and I am a Creative streamer on Twitch. I moved from Minnesota to California in 2010 after a job lead from my WoW GM and what a ride it has been! After being laid off in 2015, I finally had time for my hobbies again; gaming and crocheting. I randomly found Twitch and joking searched for crochet and lo and behold, there were people streaming that. So I joined in. My streams now showcase fiber arts, a smattering of indie games and a good amount of charity events. Some of the games you’ll see include Garden Paws and Minecraft—modded and vanilla—as well as attempts at new things. I have participated in St. Jude Children’s Research Hospital fundraising since 2017 and it is amazing how a cause can not only bring people together, but also introduce you to new, similar-minded streamers and strengthen ties with your current connections. It’s also FUN! Creating wacky incentives and then having to perform them is a great way to add variety. I also have the bonus of creating amigurumi for giveaway goals and merging my interests. The streams are chill and we talk about all sorts of things. Most importantly, we try to help each other out; whether it’s a crochet technique or dealing with frustrations IRL, we aim to keep it positive and constructive. Life is not always upbeat and happy, but we celebrate the milestones and small successes, too! Outside of strictly streaming, the friends and connections I’ve made through gaming, as well as my personal interest in keeping up with gaming news and research, has led me to amazing opportunities in the film, TV and gaming industries—it’s a great story and what keeps me paying the bills. I’m currently streaming Wednesdays and Fridays, crocheting away and playing on.

Content Creator/Owner of https://t.co/kw5uyPjwWQ for Tech, Game, Entertainment and streamer at https://t.co/e072uYSy5Y
We are now Live Streaming on the Dragon Blogger Channel, come check us out and say hi and see what is streaming now! - 13 mins ago