Skip to content
I continue my streamer interview roundup on a semi-weekly basis as people submit their own bio’s and interview information and I am proud to present a new roundup this week.  I like learning about streamers from all over the world and seeing how so many different people from so many different countries all have such common goals and reasons.  Gaming truly is an “international” community and if you are part of the entertainer gaming crowd we really all are brothers and sisters here.  So lets begin with this week’s roundup. 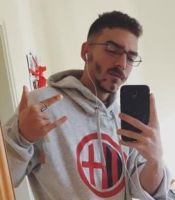 Hello guys, I’m new into the streaming things, but I’ve always wanted to try it out. So, basically, I’m from Bulgaria and I’m 21 years old and been playing League of Legends mostly since season 3. My streaming name is “keitashsch” which is also my gaming name for quite a long time now. That “sh s ch” part translates to “will be heard of” from my language. What made me stream is the “dream of streaming”, even though I knew it won’t be easy as I’ve tried before, I just said to myself “Come on, man, just do it”. I’m a funny guy and would try to give attention to all of my viewers, and bonus part of watching me may be the time when my girlfriend goes to bed (jokin, but seriously, tho). If I’m not answering while the stream is going on and I’m in-game, I’ll always give answers to the people talkin to me right after the game finishes, or when I die. Except League of Legends, I may soon stream APEX when I get my hands on it. People can try me once in a while if they want to and they’ll be much appreciated since I’ve got as little viewers as they can be. If I tell you about a schedule, I’d like to all of you, since I’m working as a waiter and i cannot get a fixed time for stream.
Check out Keitashsch on Twitch
Watch live video from https://www.twitch.tv/keitashsch on www.twitch.tv 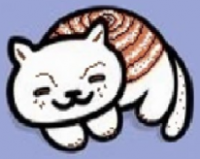 My name is CinnaBon Kittenz and I came up with it from the urge to match my boyfriends name PopTart Kittenz. It wasn’t the first name I went by however and most from my past may remember me as another. I first began streaming about mid january last year. Almost been a complete year so far yayyy! I really wanted to start streaming from the fact that I was already hermit crabbin at my home 16+ hours a day gaming all the time, so after a while I got pretty lonely and thought maybe I could reach out to a group and feel a little more surrounded and thus began the search that lead me to streaming. Once I started I promised myself I wouldn’t do any games off stream and one day I’ll have every bit of my life streamed. Currently I don’t have a stream schedule however I am here every single day for 5-16+hrs a day and if not I have only taken a total of 15 days off this entire year. At some point though I may make one just to help out viewers. 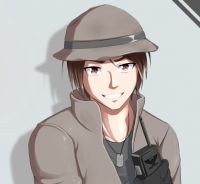 Hey there, I’m Colonel_Me. A 20-something year old gamer from the UK. I’m a chill guy with a good sense of humour and a competitive personality. My love for gaming began at a very young age but what really solidified my passion was the discovery of Esports; playing games with more than just fun on the line. Competitive gaming provides a constant challenge by pitting wits, reflexes and team coordination between competitive players. There are always old skills to perfect and new things to learn. I began streaming around October 2019, I found the experience great fun and after reaching affiliate status with twitch I only want to take it further. I stream everything from FPS to MOBA and all that is between. However, my main games are: Counterstrike: Global Offensive (Rank: Global Elite/Faceit level: 10), Dota 2 (Rank: Immortal). These are the games that I have spent most of my time on and you can expect to see me livestream official tournaments/ leagues as well as the usual Pugs. You will also see me play games such as Dead By Daylight and Call of Duty, as well as any new games that I think might be interesting. If you decide to tune in and become part of the community, you will find chilled out vibes, a place to chat, make new friends, share experiences and improve your knowledge and skills in your favourite games. My schedule is 19:00-24:00GMT approx. All week. (Occasional days off). I look forward to meeting you on my Twitch but you can also find me on Twitter and Discord. 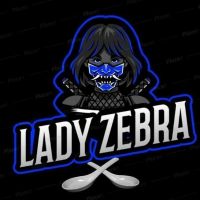 Hey! My streaming name is Ladyzebra_spooniewarrior (long name, huh!?). I chose zebra and spoonie because I suffer from a rare condition called Ehlers Danlos Syndrome hypermobile, fibromyalgia, and dysautonomia. And we are called medical zebras so, there you have. I wanted show the world what we zebras can do. I started streaming by accident. I’m too shy and I’m not a native English speaker (I live in Uruguay, a Spanish speaker country), but it just happened. I discovered a wonderful world who I can show my passion : gaming. I play games since I’m 4 years old (I’m almost 30 now). For everyone who visit my channel can expect anything : good games, bizarre games, horror games, Soulborne, Waifu games, real cats, me dancing, ragging, laughing, dancing more, and having fun with the chat and gaming! I don’t have many resources, but I do my best to entertain everyone! My streaming schedule is Monday/Wednesday /Friday at 19 EST My Twitch channel is https://www.twitch.tv/ladyzebra_spooniewarrior

Snugsound aka Cosmocat Stream of Consciousness 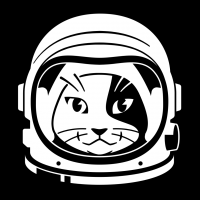 Hello everyone, my name is Snug (AKA Cosmocat) and this is my Stream of Consciousness!

I’ve been streaming for about 2 months. I started streaming because presenting and giving talks is a big part of my career as well as a general goal of mine. Unfortunately there aren’t always opportunities for me to practice, and I figure streaming is the next best thing as it really requires me to flex many of the same skills as when I’m presenting. I also see this as an opportunity to expose the world to my games, and perhaps help out some fellow game developers in the process.

So what can you expect from my stream? I won’t lie, my stream is quite niche. It’s targeted mainly at fellow game developers and gamers who want to get a behind the scenes look and how games are made. There are often segments that are quite technical, but in general you’ll get a glimpse of what’s coming up in Cosmocat games as well as an opportunity to voice your opinion on where you think I should go.

I try to stream at least once a week (Saturday mornings) but occasionally I’ll stream through the week as well (generally Tuesday or Thursday evenings). I keep the recurring schedule on my Twitch page, and I usually post a heads up about the one-off streams in the Cosmocat Discord.