Welcome everyone, this is the 15th series in our who are these streamers roundup and I have reached out to five more streamers on Discord from the various stream teams in order to learn more about them.  Everyone has their own streaming preferences and some PlayStation 4 or Xbox One streamers prefer to stream natively from their console while others prefer to use a capture card and stream from their gaming laptop instead.  There are a variety of streaming software clients including XSplit, OBS Studio, Streamlabs OBS and Stream Elements which are arguably the most popular of the 4 PC streaming platforms.  If you want to stream from a Nintendo Switch or legacy console you will need a capture card.

Tip for Restreaming or Multistreaming

There is a service called restream.io which has been around for a while that is excellent and the offer a fantastic tutorial on how to get started streaming on Twitch, this service you connect and stream to and in turn it auto-broadcasts your stream (restreams) to various other streaming services like YouTube, Twitch, Mixer, Dlive…etc.  It is a way to spread your stream across many platforms.  Recently STreamlabs offered Multistream capabilities directly from SLOBS software, where you can direct stream to Mixer, Twitch, Facebook and more at the same time as well.  This is highly recommended if you are a new streamer starting out or are a small streamer and you are not yet a Twitch affiliate or partner.  But just a reminder you cannot multi-stream or broadcast your stream to more than 1 network at the same time as your Twitch affiliate stream, this violates Twitch terms of service and you risk having your affiliate status revoked.  Again, if you are not a Twitch affiliate I highly encourage you to multistream and restream, this will help ensure you maximize potential viewer and audience coverage but if you are a Twitch affiliate any streams you do for Twitch have to remain dedicated on Twitch for 24 hours.  You can still multi-stream to the other channels separately, but Twitch streams must be unique.  Note:  Mixer partners do not have such a restriction, if you are able to get embers and subs over on Mixer you can still multi-stream.

Now on to this weeks interviews 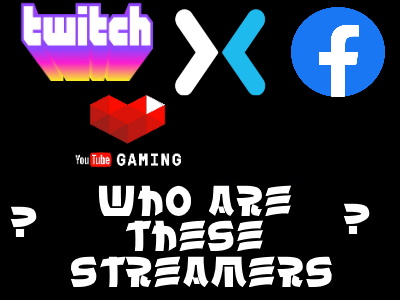 Hello, My streaming name is a mash up of multiple entity’s, Drake and variations of it was my early tween-late teen years, I then went off to the xbox 360 till 2010-11ish and I was then known for having Penguin in my name (which is my logo) and then finally Tharion was something I went by when I came back to the PC. So one of my old PC friends who followed me to the console said he missed the name Drake because even on console he called me Drake or penguin. Pending on the moment, So I threw it all together to symbolize my whole gaming journey!  I first started streaming on March 4 2019, and there were multiple reasons why I started stremaing.  I had a job on the way where I wanted to practice talking to customers without having to get a second job in retail or become a server in a restaurant. One of my friends who is also a streamer told me I should look into it because its a blast. He was right…. Because of streaming my social skills have been remarked on as some of the best at my work. One think I love to do during streams is I actually enjoy listening and reading what my chatters have to say! Remembering and engagement with my viewers is number one in my books, gameplay is second. I also draw on stream and I have a loyal streamer community that ask me to do work for them on a leisurely basis. The best part of it is I get to stream the art I’m doing and they get a say in if they like how its being made! As far as my stream schedule my actual job comes first so my streaming schedule is all over the place but I usually work Tuesday to Saturday a the moment, I try and put a 10am-1pm (PST) stream then and a late night stream after I get home from work! On my weekends the streams are much more lengthy, but no set time!
You can find me at Twitch | YouTube (posts every Monday with the last 6 days twitch clips you all took for me) |  Instagram   | Twitter
Watch live video from https://www.twitch.tv/thariondrake on www.twitch.tv 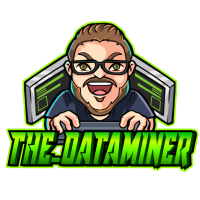 Hello, my name is the_dataminer or data cause let’s be real that is a pain to type out. I chose that moniker as it’s something I used to do for work. When I first started streaming in 2019 I took that the advice of my father to heart, “Make people smile.” I greet every viewer with the attention they deserve. I play the ukulele and other instruments on stream because no one wants to watch someone scowl at a screen for hours on end! I love to entertain and streaming allows me to do just that. Initially streaming was a way to decompress from a stressful day of work but the more I did it the clearer the larger picture came into focus. I try use my stream and discord to help others the best I can. With all the chaos and fear in the world I do my best to try and keep the audience’s mind off the troubles and focus them in on all that is good in the world, even if it’s shooting zombies in the face! I play games like Dead by Daylight, Anthem, Overwatch, and many others. I’d love to meet you and for you to come by and see for yourself! My stream schedule is based around my work so the BEST way to know when I’ll be live is to join the discord, we also do giveaways, meme contests, and shenanigans! Follow me on Twitch and join my Discord.

Hello, My name is blazingjoker87 i’m from the city of sin aka Las Vegas, Nevada. How I came up with my streaming name is simple my high school nickname was Joker an I wanted my stream name to stand out in a way so I began looking for something to put in front of it to make my name fill it fit well together then then numbers are are just random. I started taking streaming seriously around January of 2020 cause I wanted to see if I can get viewers who like my play style or had the same interests as me. The reason behind me wanting to become a streamer is I saw a lot of elitist people out there who never really took the time and had conversations with their viewers and build a connection with them for example you have a conversation with one viewer one day on your stream a few days later that same viewer comes back while your streaming and ask up how they been or what they did that day. My favorite thing to do while streaming is inviting my viewers to run with me or if they need help in a game we both play and are on the same server is to help them with quest, flashpoints/dungeons or even run with them in a raid. I stream daily but they can find me here on discord BlazingJoker#4394 feel free to add me an once I get a server up an running will be inviting everyone to the Discord channel they can also find me here on Twitch as I have it up daily feel free to add me there https://www.twitch.tv/blazingjoker87/ 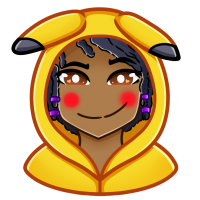 Chicachu is now the second streamer who provides an awesome video interview which showcases her very “extroverted” personality and I highly encourage you to press the play button to learn about Chicachu and where her inspiration for streaming came from and the history on how she chose Chicachu (it may not be what you think).  Chichachu is energetic, encouraging, is supportive of others in the streaming community and just exudes a vibe of charisma and fun.  Overwatch is her main and you need to check her out and learn more!  You can find her typical streaming schedule is Thursdays 5:30PM – 8:30pm CST, Fridays 8 PM-  ?CST and Saturdays 6:30am – 10:30am CST, Sundays 6:00AM to 7:30am CST. 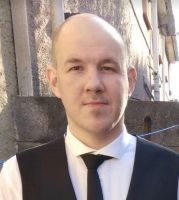 Hey everyone, I’m Welshwaterfairy, the nickname comes from my time in the Royal Navy, my nickname in there was Waterfairy, and as I’m from wales I decided to make it Welshwaterfairy, I started to stream about a year ago, I started on YouTube but quickly turned to twitch, I recently made affiliate which I’m really happy about, I’m a verity streamer as I stream ps4, xbox one and switch games, my most popular being Beat Saber on the VR, I would like to think that my streams are fun, and that I entertain people, I like to get my viewers involved by doing things like letting them choose my songs, or in certain games making choices for me, or choosing my team ect, but that is for you to decide, I love my music so it is quite likely that if you watch my stream you would either hear me singing random songs or hear some music, I play games with my friends a lot so a lot of the times you will hear them on my streams, and through streaming I have made a lot of friends worldwide, I haven’t got a schedule that I follow yet, but I’m hoping to make one soon but I try to stream at least every other day, even if it’s just for an hour, I hope to see you all soon.

Check out Welshwaterfairy on Twitch!