I am more of a movie person rather than a current news person. I always enjoy my movie series or shows on Netflix under the warmth of my beddings. Unfortunately, a television has never been an option for me in the bedroom: it’s too bulky to fit into my already congested bedroom. I have always used a computer since I perceived theater projectors to be old-fashioned appliances, which were in use prior to the invention of the VHS, and a preserve of the classroom and the movie theaters. This changed when a friend recommended a projector that could be connected to my iPhone: I am an iPhone fanatic. I embarked on some research and I was shocked, there was a wide range of home entertainment projects which were not only affordable, but a phone or computer. I had landed on a solution to my problem: I acquired a film projector and a retractable movie projector screen, which were not only affordable, but very easy to set up.

Why The Projector Won Over A TV

Size is everything when it comes to entertainment. For home entertainment, we often want to go big on the home theater, but what is the cost implication? The main fight has always been, to acquire a very large TV or a film projector and a movie projector screen. Over the years, manufacturers have developed affordable film projectors, which are brighter and produce excellent picture quality. The TVs have not lagged behind, they are larger, brighter, and offer sharper images, thanks to the 4K resolution with HDR technology. Making a decision on what to settle for is a real battle, which goes beyond quality to other critical attributes such as space, value for money per inch of picture, and movie experience.

Unless one is a celebrity, most of us have manageable space in their bedrooms; however, that should not curtail their fun. Film projectors come in handy in congested tiny spaces. A TV needs floor space: you either have to mount it on a wall or on a stand, making it a focal point in the room. A theater projector is far much smaller and one can either use a blank wall as the screen or buy a retractable movie projector screen, which eliminates the need for a blank wall. The retractable movie projector screen can be pulled over objects on the wall or mounted on the ceiling and serve as a makeshift room separator. 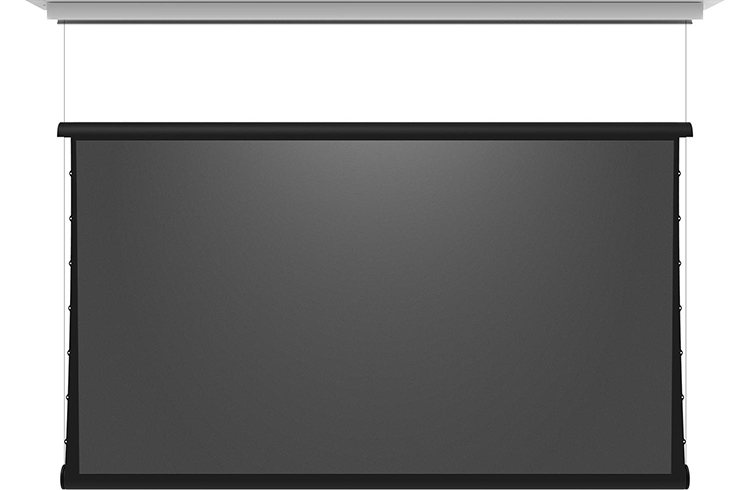 There are just numerous creative ways of using the retractable movie projector screen unlike the TV, making it a dear to many.

Value for Money Per Inch of Picture

Value for money is a critical factor in any buy decision making. Customers always want a product that offers the highest value for money. In the fight of the TV versus the film projector, how much per inch of picture and the quality of the picture are critical components. The modern TV comes in different sizes, one can get an 85-inch TV, but at a fortune. This is where the film projector won the battle: one can get a decent and affordable film projector of 100-120 inches. However, in terms of cost, one can get a decent projector which boasts of solid brightness, a good color reproduction, and 4K resolution with a far much lower budget than what a 4K UHD TV would cost. This makes the film projector a dear to many and a choice for those who price is, but entertainment is not a compromise. The film projectors remain a choice for many who want the experience of the movie theater experience in their bedroom, but at a relatively affordable cost. Film projectors offer a mondo-sized screen at a fraction of what a TV would cost.

The Love of Special Movie Nights

We all have watched a movie on a TV and noticed the black bars on top and bottom of the screen. Most TVs are in HDTV ratio of 16:9, but blockbuster movies are shot in a ratio, which is wider than it is tall, creating the black lines even in the most expensive TVs and reducing the quality of the movie experience. The widescreen front film projectors come in handy in such situations and cost far much less than even the 85 inch TVs. The modern theater projectors have the capability of zooming in and out and converting the picture size from the HDTV to widescreen at the push of a bottom. This enhances the movie experience, allowing one to enjoy the maximum benefit out of their movie projector screen no matter what they are watching. In the bedroom, watching a movie on the movie projector screen makes the experience not only special, but also romantic. The size of the movie projector screen allows comfort and there is rarely a bad position in the room; one can watch the film from any angle or location in the bed. This factors enables the film projector to knock the TV in the bedroom head fast.

The bedroom is a private space, which is excluded from the public eye, and the owner should derive the maximum benefit out of the space, no matter its size. As a movie enthusiast, and a person who treasures their indoor times, I had to create the most lucrative movie experience within the confines of my bedroom. I had gotten tired of the inconveniences of the laptop, and I needed a replacement; unfortunately, the TV, which seemed the only viable option, needed plenty of space, which I never had. A friend’s suggestion on acquiring a film projector came in handy. Just some minor research produced volumes of information on the pros of the film projector over the TV: I just fit the largest movie projector screen in my bedroom and a relatively affordable theater projector and my movie nights became mind-blowing.

Looking for more projector tips? Click to learn more about projectors from the Alphas Tech Blog.