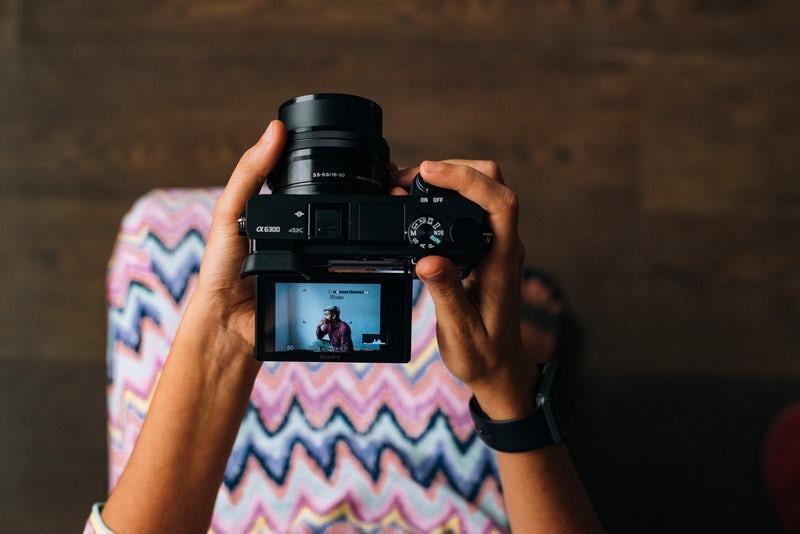 Have you ever tried to shoot high-quality video with a regular display, holding the camera on your outstretched hands in a large crowd? Have you tried to take a picture of a flower from bottom to top without leaning down for this?

Imagine a very simple situation. You ride the train and want to video what is in front of the train. Leaning with the camera out of the window is uncomfortable. You pulled out your hand with the device, turned the display so that it was visible, and then you can shoot a video. Cool, is not it? There is a common situation. What if you want to shoot yourself? In this case, a camera with a flip screen helps. It will allow you to make a video well when there are no friends near (or they are not able to shoot normally). However, you need to remember that no one will make a good video for a vlog better than you.

It is very convenient to use the flip display when you hold the camera above your head for shooting. True, there is one feature. In sunny weather, the picture becomes poorly visible. However, this problem has already been solved. On some cameras with a fixed display, there is also an extra brightness feature.

Why was it made by developers? Let’s look at this in more detail.

This is done so that you can clearly see the display when you look at it from below. This is similar to the contrast settings on older mobile phones. The display becomes clear from different angles, depending on the selected level. When the camera needs to be kept low for shooting, no one wants to squat or bend over. But sometimes the video is much better when the lens is at least approximately at the level of the abdomen. What is the advantage of cameras with a swivel screen? Of course, in the ability to afford to make shooting from the most unexpected angles. Here are a few of those angles that having a flip-screen would greatly help with. 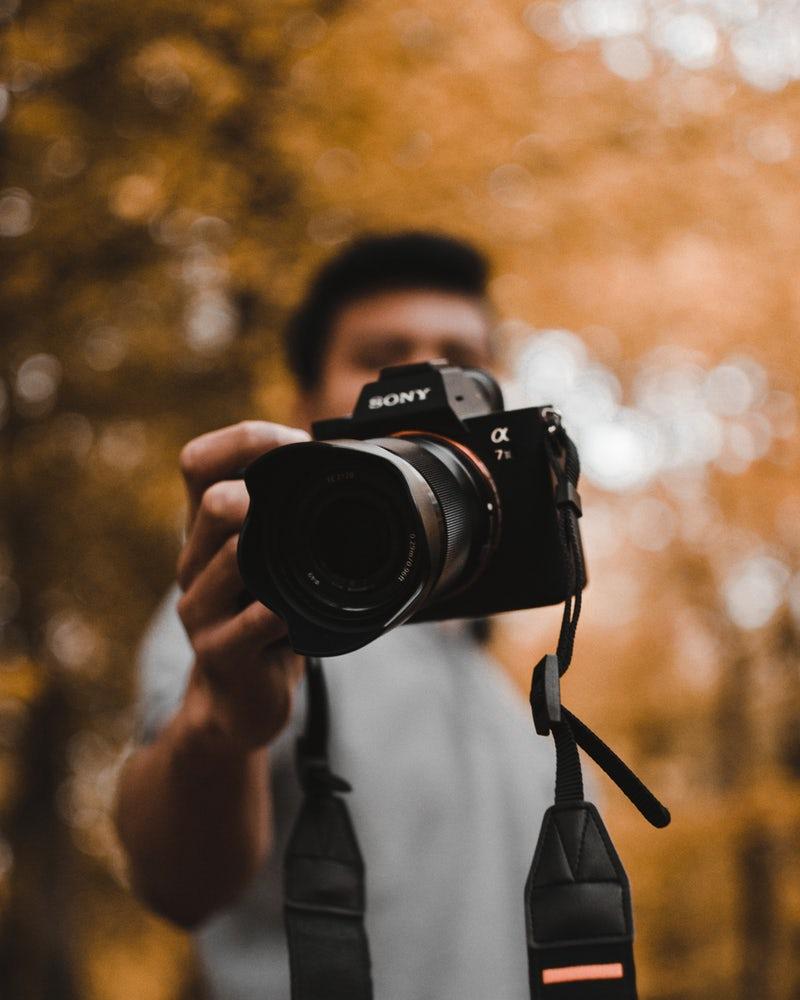 The top point of shooting is when the object is below you and you see it from above. To make a video from the top point, you do not need to climb a tall building. Raise your arms, tilt the camera at an angle down – this is also the top point of the shot. A food blog, subject shooting – in these genres shooting of objects from above is most often used. When shooting a group of objects, the upper point of the shooting is chosen when it is necessary to show all the objects included in the group, different in height, size, and shape. Vloggers often remove from the top of the horizontal surface and all that is located on them, the general plans, production facilities and industrial facilities to show their magnitude.

In advertising, the top point of shooting is selected when recording the cityscape, especially of old cities with tiled roofs, and at night shooting of megacities. When shooting this video, the droneа is often used. When shooting people, the upper angle is practically not used. The exception is shooting children.

When recording video from a low point, we try to shoot from the bottom up, dropping the camera below the usual eye level. Basically, this is how dynamic scenes are shot – jumps, running (in reportage and sports photography), dancing. Used on landscape photography, when you need to focus on some small object or “close” a small part of the composition, show the size of the trees.

In silhouette photography, the lower angle is perhaps the best. The silhouette against the setting sun is clearly traced, dark and occupies most of the bright part of the image. Often the lower point of shooting is used to “make the background”. For example, if you shoot an object or a person, then a clear horizon line visually divides it in half. If the camera is lowered (but not at an angle), then the horizon line will fall below and the undesirable effect will disappear.

People from the lowest point of shooting are very rarely filmed. There is a distortion of perspective, the chin is heavy, the nostrils turn into black holes, under the nose – a dark spot. In general, in blogging such a bad angle. Used in some cases to lengthen the legs.

All these situations allow you to more accurately realize your personal ideas and the opportunity to make an unusual video as well as look at the world from a new point of view. This will give additional pleasant emotions to viewers on YouTube, and most likely will attract a lot of new audiences which is what any successful YouTube content creator is looking for.

A flip-screen is a very convenient tool. One that is going to be a real game changer when it comes to shooting anything no matter the angle and will give you a much more precise shot unlike that of a camera phone due to the lens itself being attached to the screen. With a flip-screen, you never have to worry about missing an angle due to being able to adjust the screen and not worry about moving the lens at the same time.