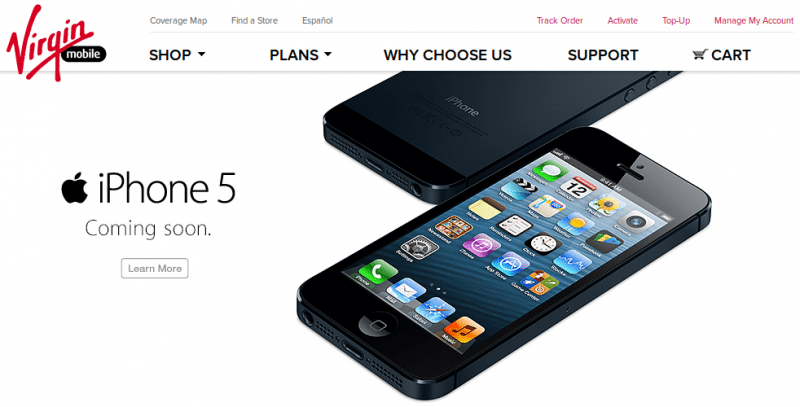 After seeing that Virgin Mobile is now getting the iPhone 5, I decided to look into some contract-free carriers that rival AT&T, Verizon, and Sprint. I was very surprised when I found that customers can get an iPhone 5 or Samsung Galaxy S4 on Virgin Mobile, Straight Talk, Cricket, Net 10 Wireless, and Boost Mobile. It seems like it happened overnight that phones that were once exclusive to big carriers like Verizon and AT&T are available sans-contract on many smaller cell phone carriers for a fraction of the price.

After doing a bit more research on some contract-free carriers (Virgin Mobile and Straight Talk in particular), I have concluded that cell phone contracts should be a thing of the past. Here’s why:

Big Blue, Big Red are Ripping You Off

For a single person on a Verizon or AT&T plan, the average cost is normally about $80 a month with a 2GB data plan, unlimited text messages, and a basic voice package. In my family, however, we have 6 phones on our Verizon account and it comes out to about $400 a month with each phone having a data package, voice, and unlimited text messages – and that’s after getting a 15% discount for being a government employee. The prices are obnoxious and it feels like Verizon is ripping us off every time we pay the phone bill.

You Don’t Save Money On a Subsidized Phone

When you sign up for a Verizon contract, they can offer you an iPhone 5 for only $200 if you sign a two-year agreement. Little do most people know that the iPhone 5 actually costs $550, but Verizon is giving you a substantial discount to make the phone appear cheaper upfront. They can afford to do this because they just locked you into paying $80 a month for 2 years… They will make their money back in no time.

You Still Have Reliable Nationwide Coverage

You Can Leave Any Time

One of the huge drawbacks of a two-year contract is the fact that you can’t leave without paying a $300+ cancellation fee. So essentially when you sign up for a two-year Verizon deal, you’re stuck paying them for two years. If you want to switch to another carrier six months into your deal, you can’t. If you lost your job and can no longer afford Verizon, you can’t get out of the contract. If you’re moving to Italy and have to switch to a European carrier, you can’t leave Verizon without paying the cancellation fee.

With the no-contract companies, however, you can leave at any time. If you want to switch from Virgin Mobile to Straight Talk, you can cancel your plan within the month and be on the new carrier practically the next day. If you’re moving to Italy you don’t have to stress about cancellation fees, you can simply cancel. The freedom it brings makes dealing with the company pleasant instead of feeling like you’re serving a prison sentence.

After reading this entire article, I hope you can logically conclude that Verizon, AT&T, Sprint, and other large carriers are ripping you off. Smaller, contract-free carriers like Virgin Mobile and Straight Talk offer affordable plans for half the cost with the same nationwide coverage as Verizon and Sprint. Everything about these companies is an advantage and you receive all of the benefits of having an iPhone or Android smartphone without any of the drawbacks of large cell phone carriers.