It was only about 10 years ago when Minecraft was developed as a bedroom project. Today, it accounts for one of the world’s most famous and the most played games despite being insufficiently marketed. Minecraft is often referred to as a ‘sandbox game’ where users can virtually create their own worlds with the help of building blocks, resources available on the site, and their innovativeness.

Minecraft is rather a modern-day variant of a classic that has not become outdated. In fact, many refer to it as a virtual Lego. However, this might not be precise as Minecraft has grappled on popularity to the extent that there is even a separate Lego them of the game. Its oversimplified illustrations accompanied with uncomplicated interactivity has made this game skyrocket in fame.

Because of its steady fan base, Minecraft developers dared to take it to the virtual world via digital platforms, from desktop computers to cell phones and consoles. Today, the game is available on numerous platforms. Users can play it on their PCs, cell phones, tablet, Xbox, PlayStation, Pi, and Nintendo Wii.

The game has turned into one of the best-selling games with more than 200 million duplicates sold. As claimed by Microsoft, the game has gathered a base of 126 million monthly users. As of April 2020, the game witnessed a surge of 25 percent new users with a 40 percent increase in multiplayer sessions.

Many users prefer playing Minecraft out of the box; however, it bars the experience and extent of the play. On the contrary, playing Minecraft on a self-developed server or that by others gives one of its kind experience without putting any limitations. Users can even invite their friends to play with them. 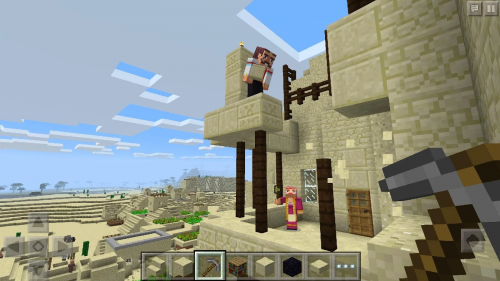 Your Game, Your Rules

When one runs the survey, one runs the game. A user can choose the rules of the game and develop it as per one’s wish. This is where one is the only administrator of the game with options to assign or deny roles to others, control physics, scenes, spawn rates, everything! Through a server of one own, the world-building experience is wholly personalized while other gamers participate in that experience.

Running one Minecraft gives an opportunity to build community. Friends, fans, and anonymous players will share the adventure. A user can construct a personal community from the server or server other communities and build them up. A user can build a new world, invite new friends, share a video of it online – all of this will develop the player base.

A user can control what mods to run when running the server of own. Plenty of mods are available which makes it possible for the user to test and implement the ones that the player seems fit and set up an environment. These adjustments will change the manner in which the game was initially customized, and let the server run with new modifications not originally executed. These mods may change the presence of certain interactivity components, offer a better administration interface, and much more.

Minecraft is appreciated by all ages. It can go about as an appropriate gateway to showing youngsters how to be a server administrator. Kids can learn basic Linux administration, server setup, and the commands required to alter a Minecraft server. Parents can even monitor their children’s server activity including which other users they play with and to ensure that they are playing in a safe environment when children run their personal server for Minecraft.

Minecraft is a game that is enjoyed and played by all ages. Hence, it does not come as a surprise to see that many players are now looking towards setting up their own Minecraft server. There are  several ways that one can Minecraft with friends, yet the most versatile way is to play on a Minecraft server which is hosted online. Users can either set up their own server as discussed above or choose from the Best Minecraft servers which are available on the internet.