When you run off of one 512GB SSD drive which I do with my gaming laptop which is the Razer Blade 2014 you will find that your space to install all the games you want to rotate through at the same time becomes very limited.  Combine that with me taking so many videos and doing recordings and I tend to run into disk space issues pretty commonly.  I just rotate through too many games in a week (bouncing between 5-7 games on any given week) that I need to have usually 10 installed at the same time.

This is where a tool like WinDirStat is invaluable, this tool basically scans your entire drive and shows you what file types and locations are hogging all your storage. 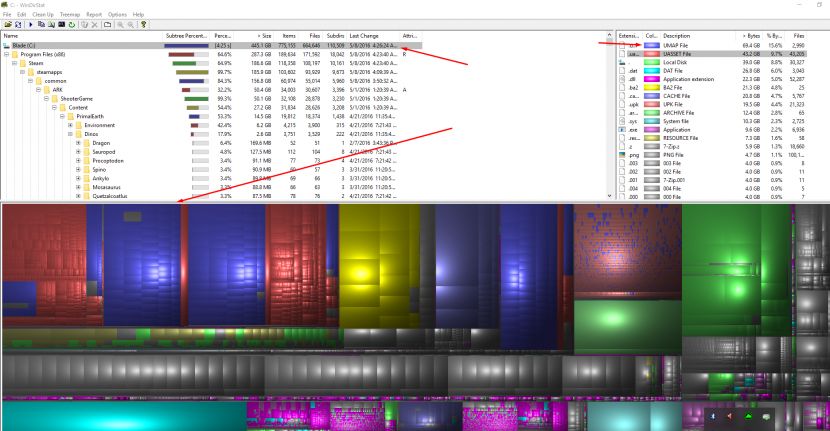 Let me tell you, I was none to pleased to find that my only SSD drive which is 512GB had 90GB consumed by Ark and it’s Survival of the Fittest versions.  Crazy that this game and it’s offshoot version almost use 100GB of storage by itself.

When you find an offending folder, you can click on the Clean Up menu at the top of WinDirStat and there you can Open, Explore, Delete if you want to wipe out the entire offending folder. 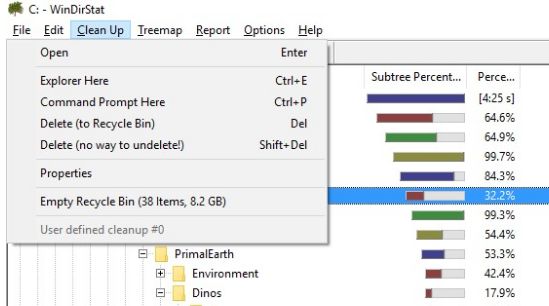 In this case, it had 8.2GB of Ark mods from some modded servers I was playing on. 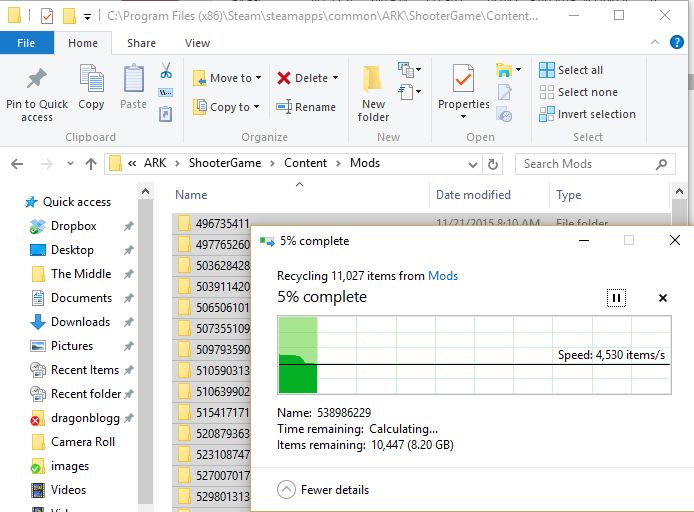 Now most people would probably find their drives full of .mp4, .avi, .iso or .zip files if they store a lot of software or video media, but of course if you are a gamer with Steam you will find UMAP and UASSET files will be the dominant force on your drives. 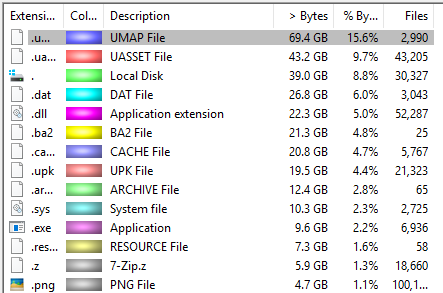 Time to clean up the Steam library this weekend.