Finally all of the winners confirmed and claimed their prizes, but 3 alternate winners had to be chosen for the 32GB USB Drive, the 120GB SSD Drive and the Video Game Giveaway because the 1st winners failed to respond to claim their prize within 48 hours which is a requirement.

All of the giveaways had thousands of entries, with the Google Nexus 7 clearly being the most desired item by number of entries. 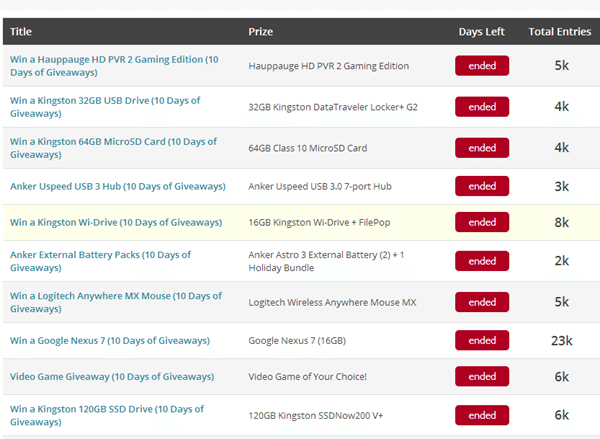 Well the winners were all chosen and though it took a little over 2 days to get the 12 confirmations, I have already announced the winners on the Dragon Blogger Tech Facebook Fanpage as well as in the giveaway widgets themselves, but here is a reprint of the winners all in one place for the rest of the audience. 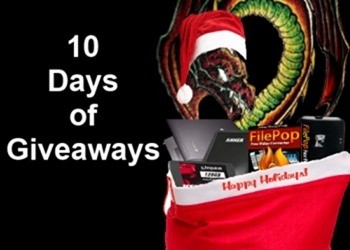 Congratulations to all the winners and remember we are always running cool gadget giveaways on DragonBlogger.com.  Next up is a Google Nexus 7 giveaway on December 24th where Tech Walls is the giveaway coordinator and Craving Tech and myself are co-sponsors and hosts.

I have another 16GB Kingston Wi-Drive, another 120GB SSD Drive and even a Logitech G500 Mouse giveaway coming in the near months as well.

If anyone wants to sponsor or join in a future contest as a co-host, contact me for details (use the contact page) and I can show you benefits from being either a sponsor or co-host.