World of Warcraft’s latest expansion Shadowlands brings in a lot of new content and changes to the game that we’re excited to explore and learn more about. One of the more prominent changes was the implementation of a level squish for all players from level 120 to 50 and will be pushed to 60 when the expansion fully drops on November 23rd of 2020. This level squish starts through the pre-patch roll out for the Shadowlands upcoming expansion.

On the bright side, leveling will now be easier and faster. Players will also get to choose which expansion story they wish to play through. Now, in anticipation for the expansion’s release make sure to get your World of Warcraft Game Cards for a quick and smooth purchase. Alright, so let’s see how you can level up faster with this guide below. 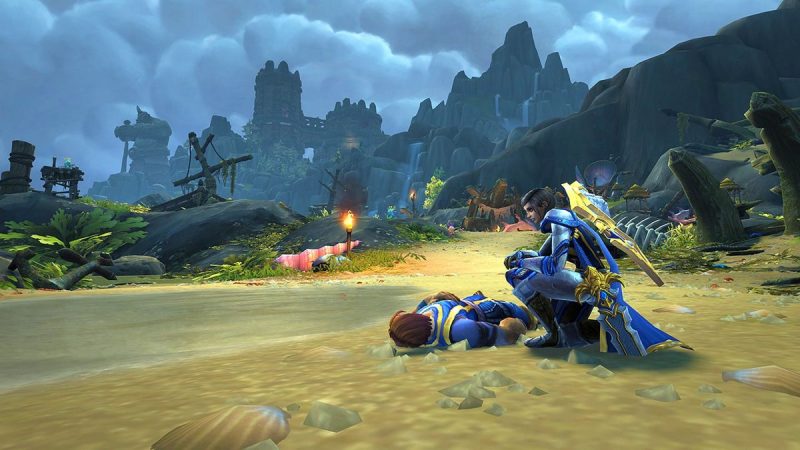 If you’re a brand new player to the WoW world, you’ll be placed in Exile’s Reach first, a sort of beginner, introductory tutorial zone for new players. This zone helps players move quickly from quest to quest while learning about their class and the game’s new mechanics.

If you’re a returning player with a maxed out character on your account, you have other options to start from. Players can choose to start from level 10, start in a race-specific starting area (the usual way) or just start playing in Exile’s Reach. There are races/classes that don’t have the access to Exile Reach such as Death Knights, Demon Hunters and Allied Races. This is because they don’t start at level 1 or because they are for experienced players.

We recommend players stick to Exile’s Reach because it speeds you through quests and there’s even a mini co-op dungeon at the end of the level. Once your character reaches level 10, you will automatically be transported to another zone – Orgrimmar for the Horde and Stormwind City for the Alliance. This is where players will choose how they want to level up from level 10 to 50. For brand new players, you will be sent directly to the Battle of Azeroth expansion instead. 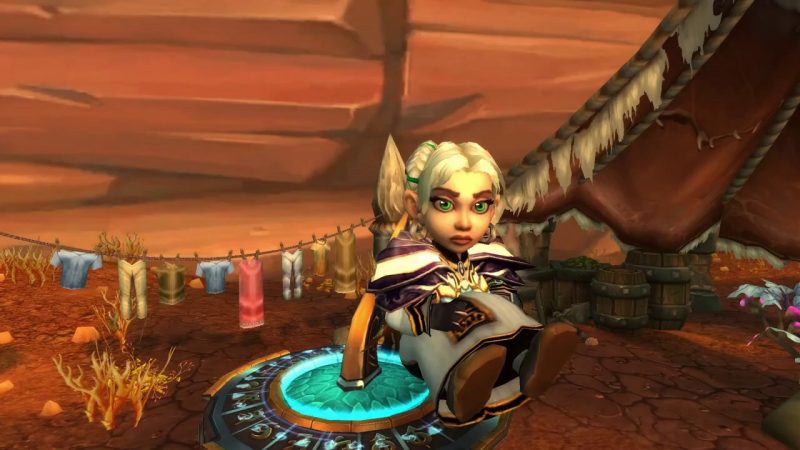 This is a new mechanic which allows players to play through an entire expansion in order to hit the level cap rather than going through several different expansions. Chromie Time is achieved by speaking to Chromie in Orgrimmar or Stormwind City. In this mode, players can go through any expansion they choose and complete any quest and it will always be level appropriate. Chromie will teleport you to your chosen expansion and give you the starting quest for it but other expansions are always there for you to jump into, and you can find those in your Adventure Journal.

Do note that whichever expansion you choose from Chromie will also determine which dungeons you can access through the Dungeon Finder. Playing through other dungeons is still possible by grouping up with other members who have selected expansions inclusive of those dungeons or physically going to the dungeon yourself.

In order to exit Chromie Time, players simply have to go back to Orgrimmar or Stormwind City and talk to Chromie again. But no worries because as soon as your character hits level 50, you will be transported back to your faction’s designated city and Chromie Time will end on its own. 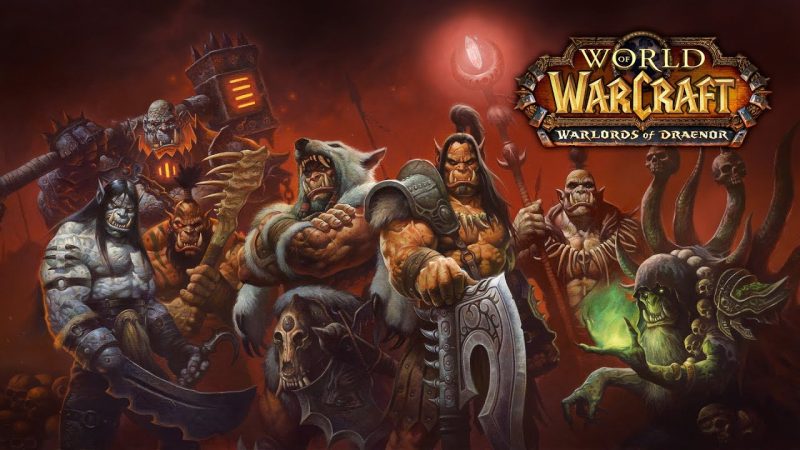 In all honesty, you should have fun playing any expansion you want, this is just a preference for those who want to level up fast and easy – that is what this guide is all about anyways. There are different playtimes for each expansion, as it takes different durations to complete each expansion.

The rule of thumb is that the newer the expansion is, the faster it is to complete and reach level 50. This rule exists for now and there’s a chance that the creators could choose to fix it in order to balance all the expansions, giving it all equal playtime. So, the latest expansion excluding Shadowlands would be Warlords of Draenor which is estimated to take about 12 hours to finish. Well, best get to grinding then. 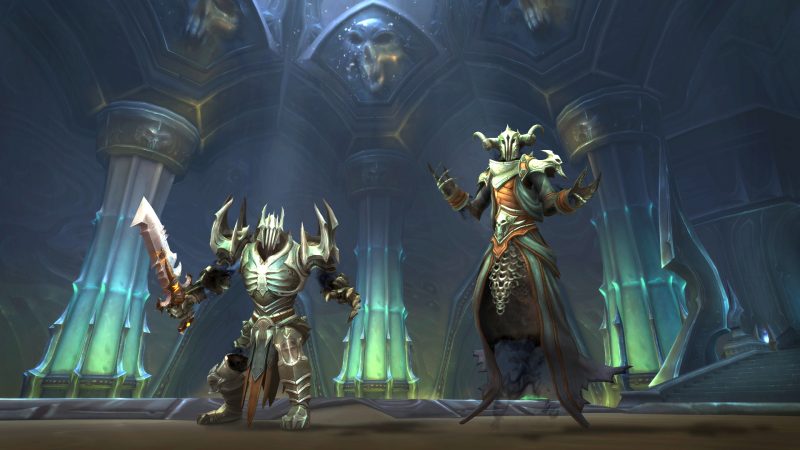 This is an option only if you’re not interested whatsoever in experiencing the expansions and the stories it holds. Dungeons have always been an easier option to level up and even though the EXP rates have been somewhat lowered to compensate for the level squish, they still give a substantial increase when the dungeons are completed.

Of course, in order for you to reach level 50, you would need to go through several dungeon runs and as mentioned before, your dungeons depend on the expansions you choose – with a little tweak around that rule of course. There will be the usual queue to get into the dungeons with the exception of tanks and healers who have near-instant queue times. Lucky you if you’re in the tank or healer class, this could be the best option for you to max out your character’s level. 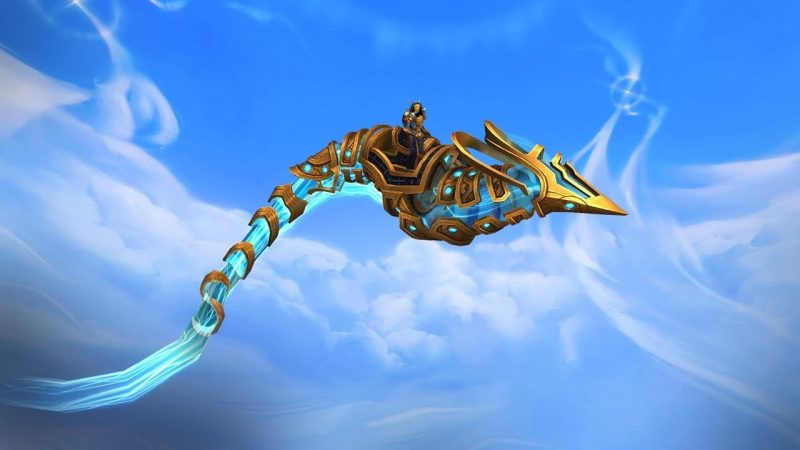 This here is just a minor tip to save you time as you traverse through the map as flying mounts could save you so much time rather than travelling by foot. The ability to mount will be unlocked once you reach level 10, which is an estimated hour or so of grinding – take advantage of that.

At level 20, you get faster speed and at level 30 you get flying mounts, with an increased speed at level 40. They’re all priced pretty decently and shouldn’t be a problem until level 40, which requires 5,000 Gold to unlock but twice the speed of the regular mount; not a bad deal to be honest. Flying makes leveling up faster as you get to arrive in destinations in a flash without the hassle of navigating your way there through the terrain.

That’s all the tips we have for leveling up, and we hope it proves useful for you as you go through the game. But remember, always have fun, enjoy the stories while you can and play it how you want – that’s more important than stressing out about leveling up. Good luck!