Stop! Wait! Hold the press! Are you telling me that they’ve made another X-Men movie? One that is not only a sequel to the original X-Men triology but also the newer, First Class, installment? One that, essentially, negates Brett Ratner’s terrible X-Men: The Last Stand and the equally atrocious X-Men Origins: Wolverine by Gavin Hood? Sign me up for that! Bryan Singer returns to the X-Men franchise to direct X-Men: Days of Future Past and, boy, does he deliver. This next installment is set in the future and has Wolverine sent back in the past to stop Mystique from making a terrible mistake. Yes, I know, it’s another Wolverine story. You must be getting bored with them by now, right? I’m not. Hugh Jackman was made for this role. Unfortunately, the story was suppose to be based on Kitty Pryde, but thanks to how she’s been written in the MCU, that’s impossible. So another Wolverine story it is!

The world is looking pretty grim. A vast majority of the mutants have been elimanted thanks to the Sentinels and the rest of the human race isn’t looking that much better off either. Professor Xavier (Patrick Stewart) and Magneto (Ian McKellen) have managed to stay alive and with them some familiar faces. Kitty Pryde (Ellen Page) helps keep the mutant gang alive by scouting locations ahead of time. She does this with the help of some mutants from the original trilogy including Iceman (Shawn Ashmore), Colossus (Daniel Cudmore). Along side them are some new mutants that include Blink (Bingbing Fan), Bishop (Omar Sy), Warpath (Booboo Stewart) and Sunspot (Adam Canto). Together they’re able to hold off the Sentinels long enough to escape. How do they do that you ask? Well, Kitty Pryde has developed the ability to send people back in time, their consciousness actually, and warn themself about the imminent threat. After successfully dodging the Sentinels, yet again, they meet up with Professor X and Magneto, as well as Storm (Halle Berry) and Wolverine (Hugh Jackman). They’ve come to the conclusion that the only way to save themselves, as well as the rest of the mutant species, is to send someone back in time. They decide Wolverine is the best option because he has the uncanny ability to snap back after being torn apart. With the eventual help of a younger Charles Xavier (James McAvoy) and Hank McCoy (Nicholas Hoult), Wolverine needs to break a younger Erik Lehnsherr (Michael Fassbender) out of a maximum security prison. They need Erik because all together they figure they’ll have a better chance at convincing Mystique (Jennifer Lawrence) from assassinating Dr. Bolivar Trask (Peter Dinklage). Dr. Trask is the mastermind behind the Sentinels and with his death only catapults his creations into being that much quicker. Well, that and the fact that they capture Mystique and use her blood as the key to making the Sentinels adaptable to any mutant with any power. While briefly employing the assistance of the amazing Quicksilver (Evan Peters), they successfully break Erik out of prison and set out to stop the future from happening. 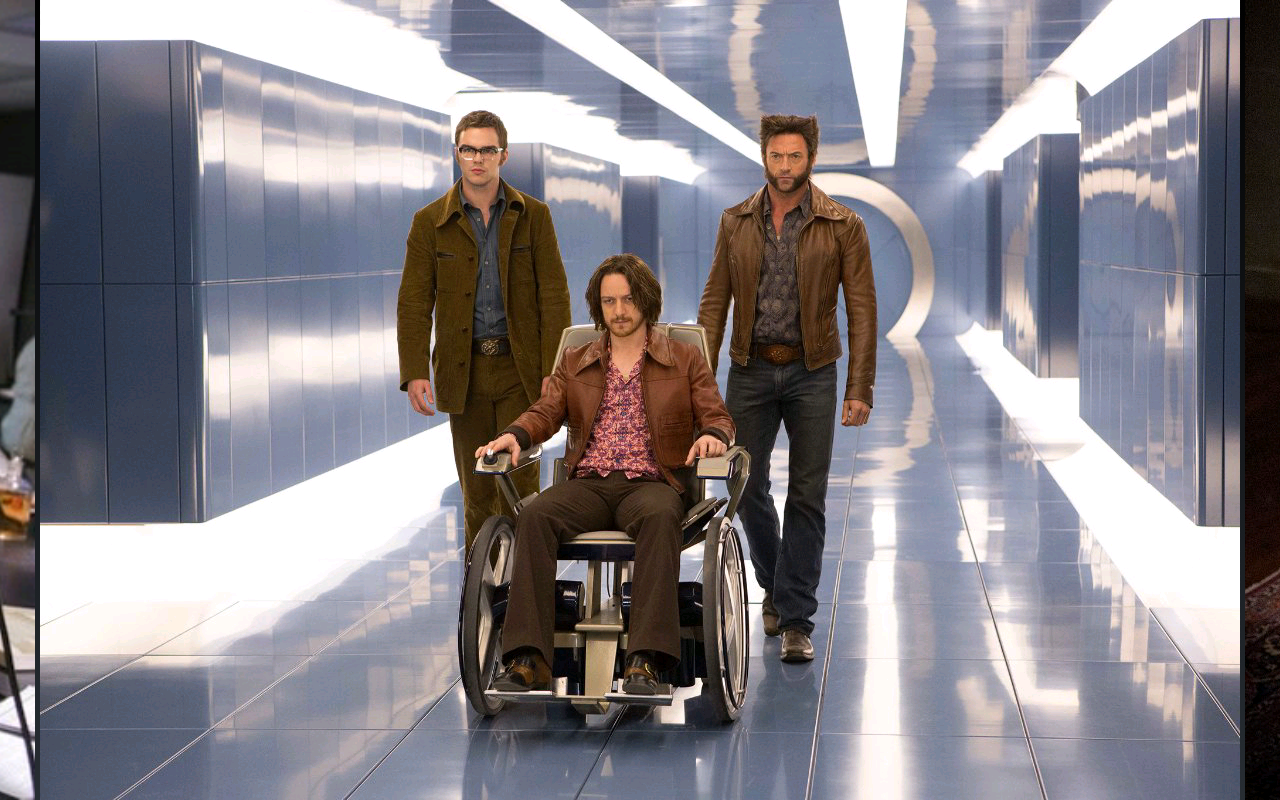 I really think they did an amazing job in First Class with the cast they chose and I’m really glad the majority of them reprised their role in Days of Future Past. Where do I begin, really? Michael Fassbender and James McAvoy were perfect choices for a young Erik and young Charles. Their chemistry is amazing and with Hugh Jackman being thrust into this story line, it’s just an acting feast for most of the film. Jennifer Lawrence is always fantastic and I don’t think you can go wrong with Nicholas Hoult. Nicholas has a great career ahead of him and Days of Future Past definitely doesn’t change that. It was nice seeing the cast from the original trilogy. No spoilers, but there’s a reunion that is particularly heartwarming at the end. The new cast I wasn’t that impressed with. Grant it, they don’t have much written in here for them, but they could’ve been anyone. Unfortunately, I also think Peter Dinklage could’ve been played by anyone. I know he’s in high demand since he’s completely awesome in Game of Thrones, but there wasn’t any real advantage or disadvantage in having him in this film.

The effects are minimal for most of the film. The fight at the beginning has some interesting effects being thrown around by Blink. Sunspot’s effects are definitely an upgrade from Pyro in the original trilogy and Iceman’s ice effects are pretty cool as well. My favorite scene is definitely the prison escape with Quicksilver. It is definitely the highlight of a film that is more story than visual effects. There’s also a scene towards the end that is just mind blowing and definitely intimidating. Days of Future Past jumps around a few different settings including Paris and Washington D.C.. A sports stadium is thrown into the mix, but not quite what you would expect. It’s actually quite refreshing when a Marvel film doesn’t rely too heavily on special effects. While I love my explosions, visuals and crazy space locations, it’s nice to see a film hold it’s own without these. 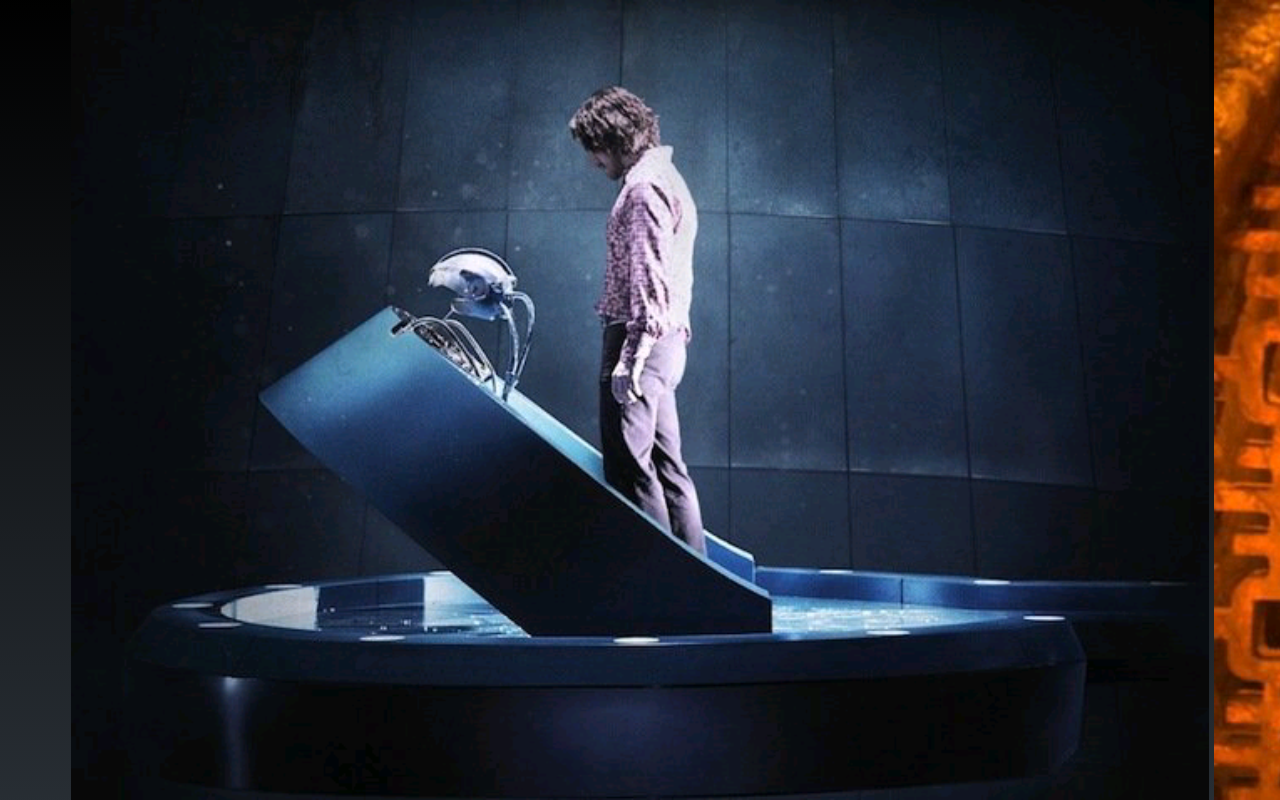 To sum it all up, I really think X-Men: Days of Future Past has really pushed the X-Men franchise back on the right path. It eliminates all that was The Last Stand and Origins: Wolverine and holds really holds its own as the start of something new. It was the end we deserve but not the end we needed eight years ago. It mixes the two casts together flawlessly and didn’t really seem that jumbled up. Sometimes a film can get too lost in the sheer amount of cast it does have but Bryan Singer is a professional and handles them all with ease. The story is excellent. It doesn’t follow the comic story line that well, but it’s still very good. If I’ve learned anything from Marvel it’s that the new MCU looks at the existing comics as more of a guideline than fact. Nostalgia for the first X-Men film aside, I’m going to say that this is my favorite X-Men film of the bunch. It has a great story, one that doesn’t really thin out. It has a good amount of action throughout and the effects, when needed, are very well done. I know it’s another Wolverine story, but I honestly felt like he was just the cog that got the story rolling. Obviously, without him the story wouldn’t exist, but that doesn’t mean he was the only essential piece. Days of Future Past has me hopeful for the future of this franchise and with Bryan Singer set to direct X-Men: Apocalypse I cannot wait to see what happens next. I give X-Men: Days of Future Past an 8.5 out of 10.