Being the fact that my kids received 2 Kindle Fire’s for Christmas this year I am always watching for the latest games to hit the Amazon Android app store.  Old school Japanese RPG games JRPG’s as they are known like the Final Fantasy series are among my favorite type of RPG games.

Here are some RPG games you can find that will play just fine on the Kindle Fire and you can get them from the Amazon Android app store.

Eve of the Genesis 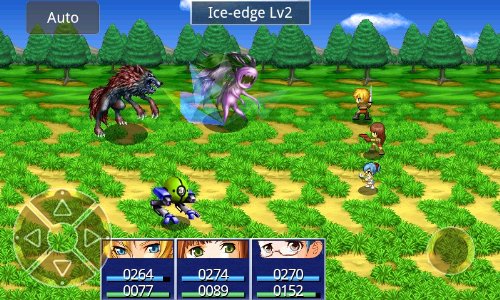 A true classic JPRG with really neat artwork and graphics.  Eve of the Genesis tells the tale of humans who finally stand up to their robot masters who ruled over them for two millennia.  The game features a unique history screen which records every item you ever collected in the game from the beginning for those who like to track such stats. 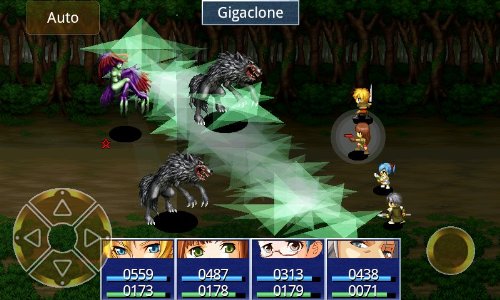 If you are looking for a turn based RPG game in the style of Final Fantasy for the Kindle Fire, then Eve of the Genesis should be one you check out.

Another JRPG game that features similar turn based combat and while it doesn’t have as nice graphics as Eve of the Genesis, it still looks pretty good on a Kindle Fire screen. 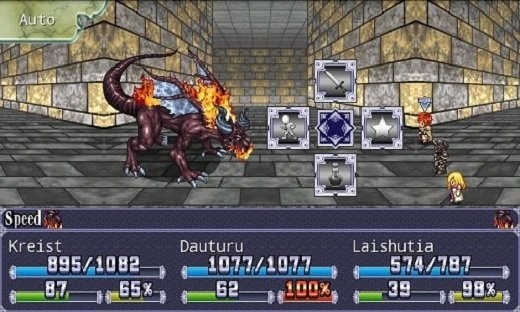 Symphony of Eternity is touted as simply and easy to play with the quests not being too difficult (in fact maybe a little to easy) the game is said to be for ages 9+ which might make it fun but too easy for older kids.

Symphony of Eternity’ has over 160+ 5 star reviews on Amazon.com so you know this is a game that you should be checking out if you like JRPG games.  The game is only .99 cents as well so it’s a bargain right now!

Battleheart combines real time strategy and RPG elements to make for a unique RPG game where you build a party of heroes and lead them against monsters who get more powerful as the game progresses. 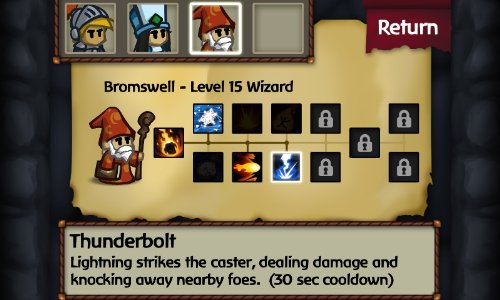 The game features more than 100 unique items and there are over 30 campaign levels for you to undertake and complete.  Battleheart lacks any distracting story, has no cut scenes and is simply one strategic battle after another for those who just want to get to combat. 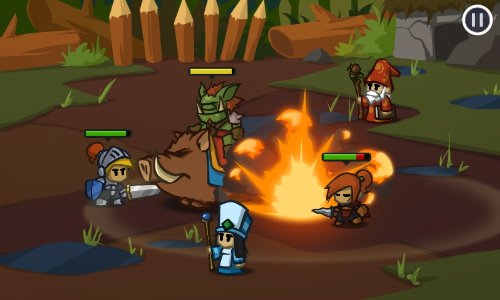 We round out our game list with a free RPG game called Wizard’s Choice Volume 1 which harks back to the day when RPG games were more like pick a path adventure novels.  There is a lot of reading and selection to determine what you want to do in this game and this is a great game if you want to encourage your children to read and get some game elements out of reading as well. 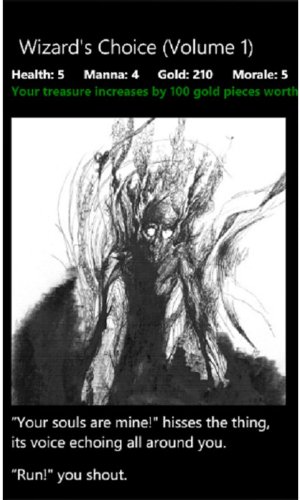 Wizards Choice Volume 1 is completely free and I highly recommend you pick it up for kids 8 – 12 years old and encourage them to play it as a means of getting in some reading time while still feeling like they are playing a game.  Text based RPG’s were what I grew up with and for those who miss the table top Dungeons and Dragons games this game would be a fine way to kill some time.

While Volume 1 is free, if you like the game the next volumes cost .99 cents a piece and are worth the nominal fee if you enjoyed the first one.