CALABASAS, Calif. – Aug. 17, 2017 – 505 Games, a subsidiary of Digital Bros. S.p.A., announced today a partnership with development studio OtherSide Entertainment to publish fantasy RPG Underworld Ascendant, the next-generation sequel to the landmark Underworld franchise. The deeply experienced team at OtherSide studio – helmed by industry legends Paul Neurath (Ultima Underworld, Thief) and Warren Spector (Deus Ex, Epic Mickey) – has worked on many leading game franchises, which collectively garnered more than 200 awards and earned over $3 billion in revenues. Their current project, Underworld Ascendant, was first revealed on Kickstarter, where fans clamoring for the return of the storied masterpiece raised more than $850,000 for its creation.

“It’s another big moment for 505 Games, having the opportunity to partner with this talented team on such an iconic brand,” said Neil Ralley, president of 505 Games. “Ultima Underworld is among the greatest PC RPGs ever made, and we look forward to what Paul, Warren and their team will accomplish with the next generation of the franchise.” 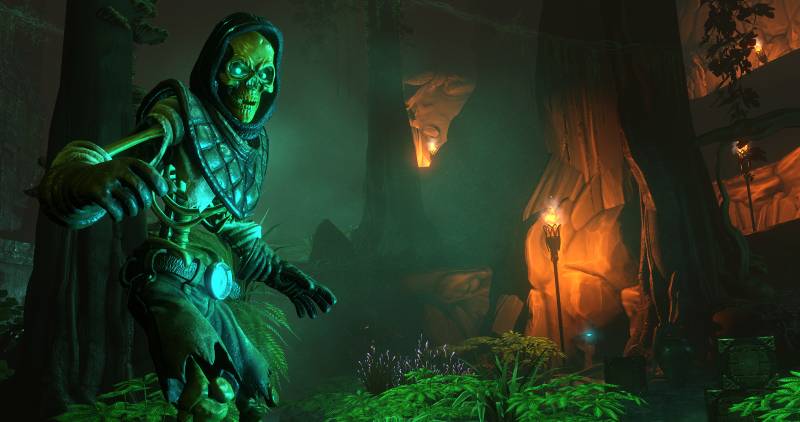 In 1992, Ultima Underworld changed the rules of what a fantasy RPG could be, and introduced the concept of 3D immersion, a player-authored experience and an open world to explore. Now, OtherSide is making the next-generation PC follow-up to the series, innovating in bold new ways. Players will return to The Stygian Abyss, a breathtaking fantasy realm, rife with danger and full of intrigue. They are provided a wide array of tools to experiment with and create their own ingenious solutions to challenges. The story and world will react dynamically to player choices, challenging and rewarding their creativity and allowing them to author their experience.

“We’ve found a great partner in 505 Games; one who really supports and understands indie developers,” said Paul Neurath, CEO, OtherSide Entertainment. “We also have our fans to thank for helping make this dream a reality. Everyone who backed Underworld Ascendant on KickStarter is an important part of this project and we plan to keep them involved throughout development, sharing early builds and sourcing their feedback to help make this game amazing.”

“The original Underworld games broke new ground in the world of video game RPGs, and the Ascendant team is committed to innovation at that level,” said Warren Spector, studio director, OtherSide Entertainment. “Early builds already prove that, and I can’t wait to see what comes next.”

Underworld Ascendant will be published on Steam for PC in the second half of 2018. Players can Wishlist the game now at: http://store.steampowered.com/app/692840.

OtherSide Entertainment is an independent game studio with offices in Boston, MA and Austin, TX. We are focused on providing players with innovative gameplay, immersive worlds, and engaging narrative. Our specialty is what we call “player-authored” experience in the tradition of Ultima Underworld, System Shock, Thief, Deus Ex and Epic Mickey– games developed by the company’s founders, Paul Neurath and Warren Spector. In 2016, the company launched Underworld Overlord, one of the most highly rated Google Daydream VR games. Currently in development are System Shock 3 and Underworld Ascendant.  For more information about OtherSide Entertainment and its products please visit www.otherside-e.com.

Publishing highlights in premium games include PAYDAY 2, Terraria, Portal Knights, Assetto Corsa, ABZÛ, Virginia, Brothers – A Tale of Two Sons and How to Survive. Free-to-play publishing highlights include Battle Islands, Gems of War and Hawken. Distribution highlights include Stardew Valley, Dead by Daylight and Don’t Starve. Upcoming titles include Last Day of June, Indivisible (from the development team behind Skullgirls), and Koji Igarashi’s next project, Bloodstained: Ritual of the Night.