You might think that blogging is pretty easy. That all it really takes is putting up a website, typing up some words and sooner or later you’ll get famous. If you think that, you’d be wrong. Writing your texts, though certainly important, is only one aspect of the blogging experience. 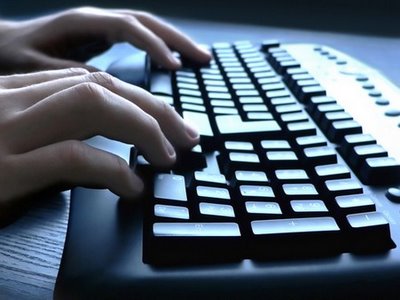 And if you ignore the rest, you’re damning your words to meaningless. After all, you’re writing to get read, not to end up ignored and unappreciated. For that reason, if you’re struggling to get a lot of traction, you need to change up your game. Only then will you get the results you want.

So what changes am I talking about?

Realize that writing the text is only the beginning

You’ve got to market. You’ve got to get your content in front of people. If you just wait for you to magically get noticed then – like somebody calculated – you’ll only have a 1% chance of success to break through in 150 years.

That’s probably a worse chance than that you’ll win the lottery!

To have a chance of success, you need to get your blog in front of the right people and the only way that you can do that is to market, market, market.

So here’s what you do: Stop publishing quite so much and focus on putting content that you’ve already got up out there more often. This means finding new channels to market on, building up a rapport with new fans and making sure that the people who you’ve already got don’t feel neglected.

Thinking a post is done when you’ve put it up

A similar mistake that I often see is that people write a post, put it up, see if it gets a bit of traction and then move on. That is such an opportunity missed! You see, you can’t always know what articles are going to be a huge success. Sometimes an article you’re sure is going to be huge barely creates a stir, while an article that you weren’t that impressed by goes nuclear.

Since you can’t predict what articles will do great, why not focus on making those that do well even better? After all, these are the articles that are going to show up in Google search results, get shared around and in other ways seen by a bigger audience, so you want them to draw the people further in.

So, instead of publishing new material that might hit and might not, why not make the articles that are already doing well even better, by adding in new information? In the long run, it will pay off far more.

Not writing to your audience

You have an audience, don’t you? If you don’t, then you’re in trouble. After all, you can’t write for everybody, as they won’t be much impressed and ultimately a share comes from people who really dig what you’re doing, not from those that think it’s okay but not much more.

So you need your audience.

But that’s not enough. You also got to make sure that what you’re writing actually appeals to that audience. Now, there are several ways to do this. You can check in something like Google Analytics to see what articles do well. Alternatively, you can use survey tools to see what your audience is interested in. Or you can use something like Facebook Audience Analysis to find out what kind of things your audience likes and then copy their style.

What you can’t do is nothing. You’ve got to tweak your content to make sure that it is satisfying your audience and their needs. As only in that way will you attract an audience as well as subscribers and fans.

Sure, blogging is about sharing ideas. The thing is, if you’re presenting your ideas poorly, it doesn’t really matter how good they are as people will be too annoyed with having to struggle to understand you and being jarred out of sentences by bad writing that your ideas won’t matter for them.

For that reason, you’ve got to make your writing as good as it can be. That means using such tools as Grammarly and the Hemingway app, which pick up on grammar mistakes and help you make your reading more understandable.

It means leaving your work to cook overnight so that you can come back to it again tomorrow and fix mistakes. And if that’s not enough, it means you have to ask for help such people as getacademichelp to make your writing better.

For if your writing is poor, your audience will look elsewhere. After all, there’s enough content out there that they really don’t need to spend their time struggling and fighting with your words in order to get at what you’re trying to say.

Not being committed to the process

Blogging is a fantastic way to market and gets your words out there. That’s why an entire form of marketing is named after it. At the same time, that doesn’t mean it’s a walk in the park. It takes effort, patience and a lot of time to be successful.

And so, if you want your blog to be successful you’ve got to commit for the long haul. That means realizing that when you’re starting out you won’t get a lot of traction and only if you keep at it and roll with the punches of yet again getting no feedback will you get anywhere.

It also means that you’re writing for the long run. With that I mean that what you’re doing isn’t just selling a project, but also building a relationship, creating trust and pushing yourself out there as an authority. These are vital steps for your blog to get noticed and for you to be able to build up sales.

Not engaging with those who engage

Yes, there is a lot of information being traded on the internet. That is hardly the only thing that happens there though and if that’s all you’re focusing on with your blog, you’re missing the point. Blogs are about communicating, but they’re also about building relationships.

For that reason, focus on the audience you’ve already got. If you keep them engaged, intrigued and coming back, chances are they’ll take the time and effort to push your content in front of new people and new audiences. Then you’ll get the best of both worlds.

Blogging isn’t just writing. It’s experimenting. It’s analyzing results. It is slowly growing, changing and becoming better at what you do. For that reason, never think that you are done as a blogger. Instead, always be looking at the next thing that you can improve and the next action that you can take to make your blog a better platform to promote your ideas.

Only when you can do that, will your blog become better and your audience grow. And if that’s not happening, why bother blogging in the first place?