What’s better than a good monster? Here’s a list of 7 of the scariest villains in gaming! 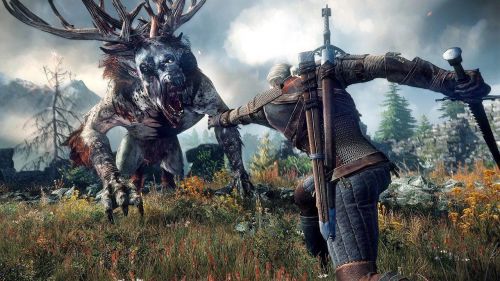 Who doesn’t love a good monster? Series like Silent Hill and Resident Evil have been delivering horrors at us for years, and newer series like Amnesia and Dead Space have capitalized and profited on that design. The noises they make, the hatchets they wield, and their seemingly infinite sprint meters are what make us shake. Put something in a room that’s fast enough to chase us around a map and, well, we’re just about the happiest gamers in all the land.

While many of the most recognizable fictional monsters originated in movies and novels, video games have also presented plenty of terrifying beasts. Sometimes these video game monsters come in packs, swarming and overwhelming the player. And other times these monsters are individuals, shadowing and torturing players throughout the game. So grab your PSN credits here, and let’s get the list started!

CLICKERS (THE LAST OF US) 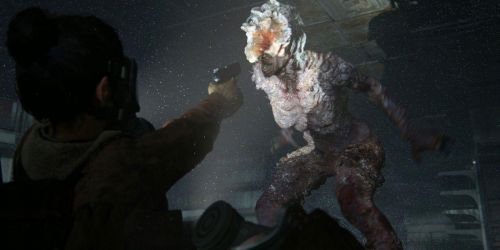 This game gets eerier when you contrast it with the current goings-on of the COVID-19 pandemic. In the post-apocalyptic world of The Last of Us, most of humanity has been wiped out by a fungus called Ophiocordyceps Unilateralis, which warps its host into a zombie-like creature. Inspired by a real-world fungus of the same name that actually turns ants into zombies, Ophiocordyceps Unilateralis is terrifying in and of itself, but what it warps human beings into in Naughty Dog’s hit game is even freakier.

In The Last of Us, humans contaminated with Ophiocordyceps Unilateralis experience a horrific transformation, eventually becoming Clickers. Clickers are recognizable by their deformed skulls, which look like growing fungi, as well as the eerie clicking sound that earned them their namesake. 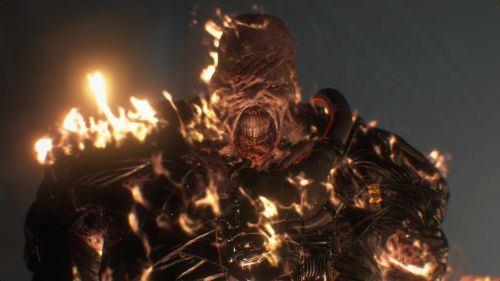 The Resident Evil franchise has no shortage of horrifying freaks that players encounter, but arguably the most terrifying monster in the whole series is Nemesis from Resident Evil 3: Nemesis (as well as this 2020’s Resident Evil 3 remake). Nemesis is similar to the Tyrant monster faced at the end of the first Resident Evil, except he hunts Jill Valentine throughout the totality of Resident Evil 3, with a tendency to explode through walls when players least expect it. Making Nemesis even scarier is the fact that he carries around a freaking rocket launcher/bazooka and knows enough speech to mumble “S.T.A.R.S.” under his breath, indicating a bit more intelligence than the typical Resident Evil baddie. 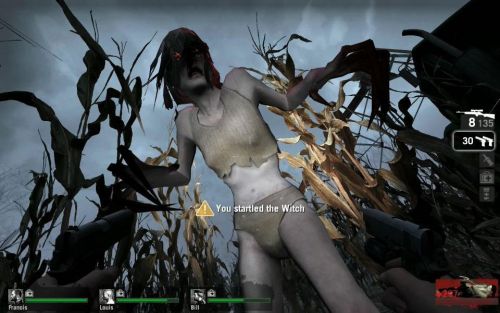 This enemy really has everything – it’s female (how are they always so much scarier than men in movies?). It’s long, straight hair – draped over its head like Samara from The Ring. It sits alone in dark rooms and sobs uncontrollably (that’s a big hint to STAY AWAY). It’s fast, and it’s damn near invincible. Thankfully, she can be avoided if caution is used. If you get careless though, her screams will probably be the last thing you hear before she eviscerates you with those vicious looking claws that occupy the space where her human hands used to be. 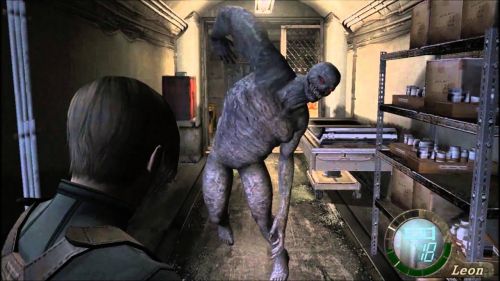 It’s more than the wheezing, grinding breathing that inhabits the sterile corridors of Resident Evil 4‘s latter stages that make these guys spooky – though I heard them breathing behind for the next few months after I finished this game. No, what makes these monsters so scary is how they just stand there, staring blankly before walking towards you. Your shotgun, blasts huge holes right into their grey, bloated bodies, only to fill back in moments later as if nothing happened. Hell, their heads come back when you blow them off…their heads! Oh, and if you’re really looking for a surprise, shoot them in the legs. But it probably won’t end well. 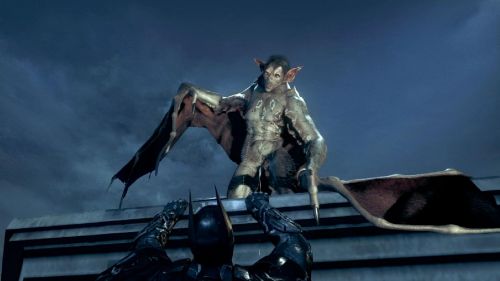 In Batman Arkham Knight, gliding around Gotham’s rooftops – which is essentially Batman’s equivalent of a Resident Evil safe room. Nothing else ever comes up here, when you’re in full glide mode, nothing can punch you or inject you with anything nasty and then out of nowhere. Man-Bat, not as you might be forgiven for thinking a bat that’s been bitten by a radioactive man, but a man who spliced human DNA with that of a bat in an attempt to cure deafness has inadvertently turned himself into this.

You’ve got to feel for Kirk Langstrom really, in a world where this sort of thing often results in superpowers, Kirk gets this, and then for shocking us, he receives a wallop from Batman although there is no punch hard enough to pay for that jump scare. Die Man-Bat, die. Oh, and if you’re looking for an easter egg, return to Kirk Langstrom’s hideout after you’ve locked him up. 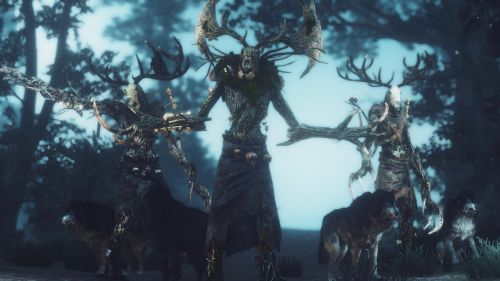 Entry two, The Leshen from The Witcher 3. These otherworldly creatures have their roots in Slavic folklore, and the term Leshen comes from the word Leschi – a mythological forest deity whose attitude towards humans was sort of dependent on how they treated the natural world. They plague entire communities of people, stalking the woods with their dead deer skull faces and their creaking wooden limbs, their breath, the cold rattle of wind through the leaves, melting from view so quickly you can’t be sure whether you saw one or whether it was just something in the corner of your eye.

The Leshen is essentially a manifestation of humankind’s ingrained fear of the forest or just fear of the unknown. They genuinely are the stuff of nightmares, especially when it comes to actually fighting them. They have the woods on their side, the birds, beasts or the fact they look like the freaking trees. Leshens truly is one of the creepiest monsters in the whole Witcher monsterverse, and that’s saying a lot. 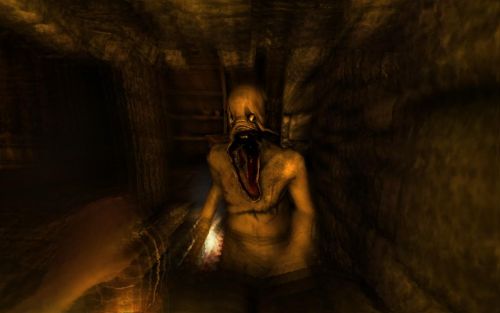 The Gatherers are ugly, twisted creatures that roam the dark halls of Brennenburg Castle. These disgusting beasts growl at protagonist Daniel as he explores the castle in Amnesia: The Dark Descent and the mere sight of them significantly drains his sanity. What makes the Gatherers even more disturbing is that much of their origin is a mystery. However, those that take the time to read all the notes in Amnesia will find evidence that the creatures were previously human soldiers made into these abominations by the evil Alexander of Brennenburg.

I could keep going on but hey why not let you chime in as well? What are some of your favorite scary monsters right now? Let us know down in the comments if we forgot any of your favorites.