A long time in the making, it’s only really with the eighth generation of consoles like the Xbox One and PlayStation 4 that cross-platform gaming has taken off. Despite this slow start, the success of the games which include these systems is indisputable, with fans, publishers, and developers increasingly fighting for cross-platform inclusion. Taking a look back at the origins of these systems, we want to examine where this form of gaming succeeds, where its limits lie, and from where the original motivation was drawn.

The earliest days of cross-platform experiences in traditional gaming came from the era of Sega’s Dreamcast. The last in Sega’s line of consoles, the Dreamcast was exceptionally forward-thinking in some ways, including its adoption of console internet connectivity. Sega didn’t just stop at online gaming, however, as they also created the concept of console and PC cross-play with the likes of Phantasy Star Online and Quake 3.

PSO was a big success on this front, both as a game and as a technological showcase. Quake 3 was also popular, but it suffered from problems which would not be addressed until much later, those of input concerns. Simply put, Dreamcast Quake 3 was before console FPS games had high degrees of aim-assistance, which put players on Dreamcast at a major disadvantage compared to their PC opponents.

In a more modern sense, the inspiration for cross-platform play could be found in the unusual arena of online casino games. Take, for example, the games available from Wildz Casino, like slots, blackjack, roulette, and live casino games. These can be played equally well over most mobiles and PCs, tablets, and laptops, even allowing competition in games like live poker. Proving immensely popular, the success here undoubtedly served as encouragement for savvy traditional gaming publishers.

As per the Quake 3 example, modern limitations on cross-platform games are inevitable. Some of these, such as aiming disparities in FPS games can be addressed through clever solutions, but not all issues have such fixes. Communication is a big problem when it comes to text in MMO games, and display latency from TV players will also put them at a disadvantage in fast-paced cross-platform games, as two common complaints.

Another issue is that PC gaming allows a level of modding which isn’t possible through console experiences. Street Fighter 5 recently made headlines as an example of this, where a fan on PC named Altimor fixed the poor net code which gave players of the game frustrating experiences. The problem was that this fix only worked on PC, and could cause increased problems on cross-platform play. To address this, the developers at Capcom implemented their own patch, albeit a worse one than Altimor’s, and disabled the original fix entirely in a solution which left fans woefully disappointed. 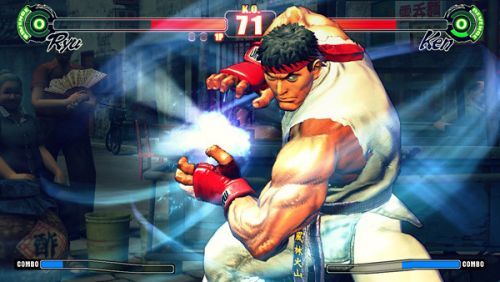 Looking at the next generation of consoles, and the success of cross-platform play in this generation of gaming, it’s difficult to avoid the conclusion that greater cross-platform availability is coming. Don’t expect it to be ubiquitous or flawless, however, as industry disputes and platform differences will always guarantee some degree of separation. That said, the industry’s evolution in this regard is a positive one, and we look forward to the new opportunities that greater cross-platform play will represent.