After a catastrophic hard drive failure of my mother in law’s Dell Inspiron and losing all her data that she didn’t back up to the cloud we decided it would be best if she used a Chromebook.  She had been using an Ubuntu imaged laptop for a few years since she was getting her PC loaded with viruses and malware when she was running Windows 7 so decided to at least reduce that issue.  At a great deal we picked up the Acer Chromebook CB3-131-C3SZ on Amazon which we happened to get for under $160 when it was on sale, but it is still a great deal at under $199.

The Acer Chromebook CB3-131-C3SZ has the following specs:

When you take it out of the box and unwrap it, you can easily feel the white plastic shell on the Chromebook.  It doesn’t feel like a premium high end metal ultrabook but it doesn’t feel cheap either.  The 11″ Chromebook is surprisingly light and lighter than some 10″ Android tablets I have reviewed. 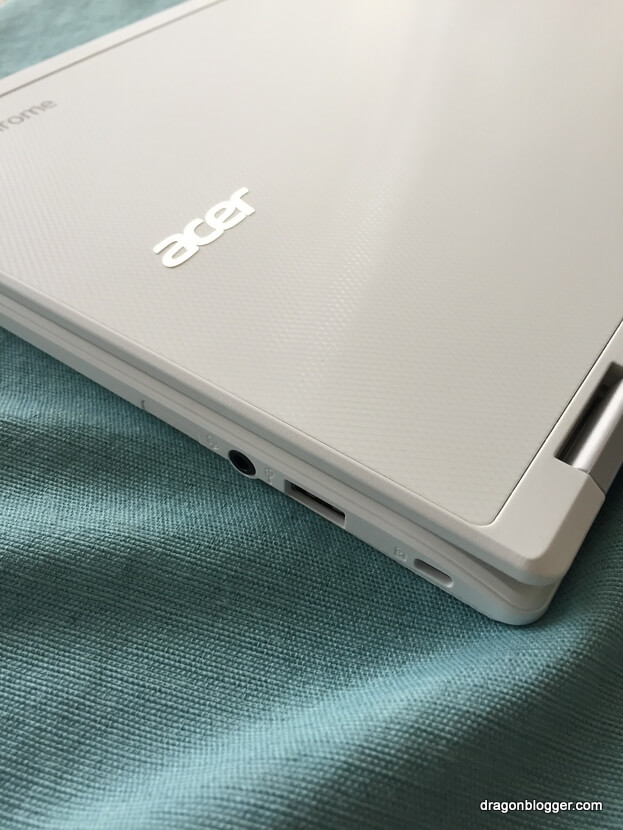 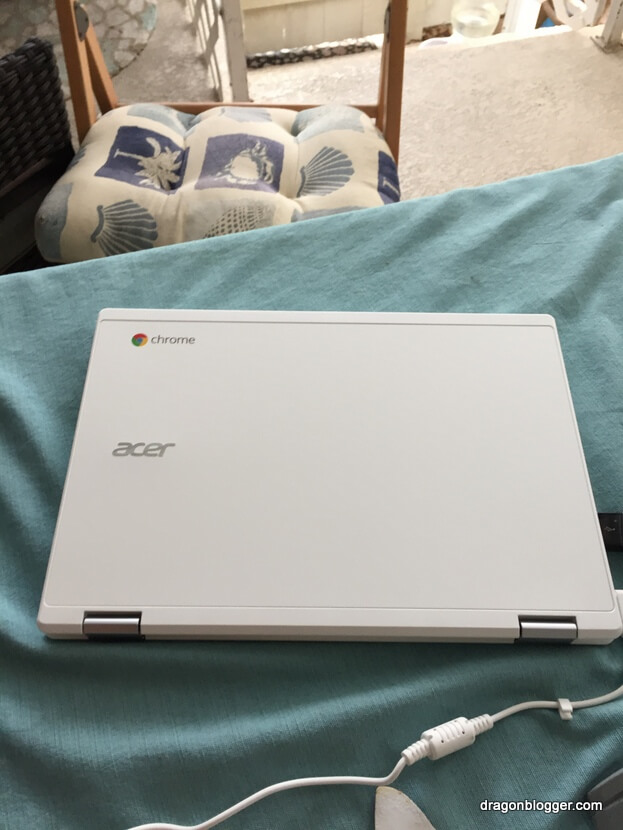 The Chromebook has 2 USB ports one on either side and an HDMI port, plus an SD Card port. 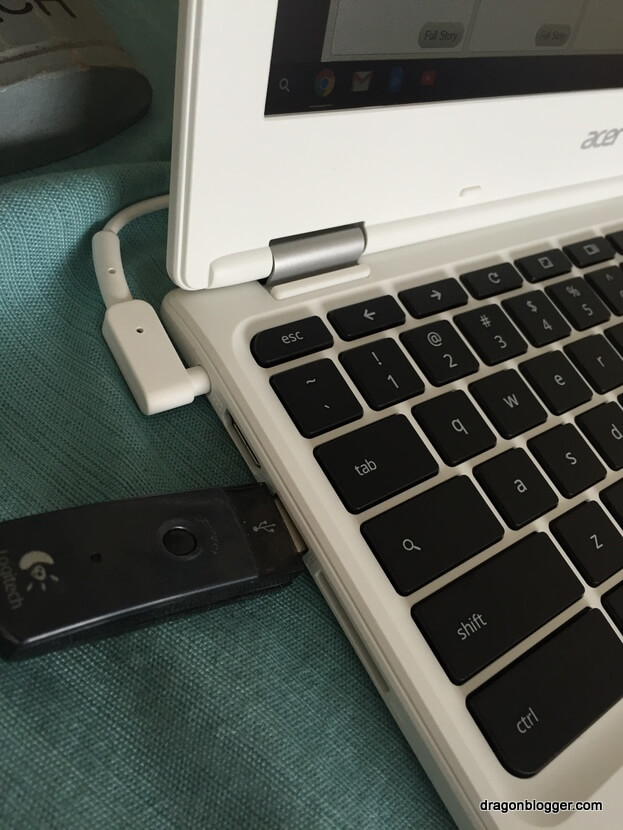 You also have the power input port and the audio jack input port as well as the cable lock slot, where the Chromebook does support laptop cable locks for tying them to office desks and whatnot.  The Chromebook has amazing battery life which was at over 8+ hours in use, I even got it to 3 days of battery with using a Chargetech Portable AC Power Bank which I was reviewing at the same time as this product and the 2 products pair well together to give you 3 full days of usage without having access to an outlet if you are a road warrior.  Of course the power bank is more than the Chromebook itself however. 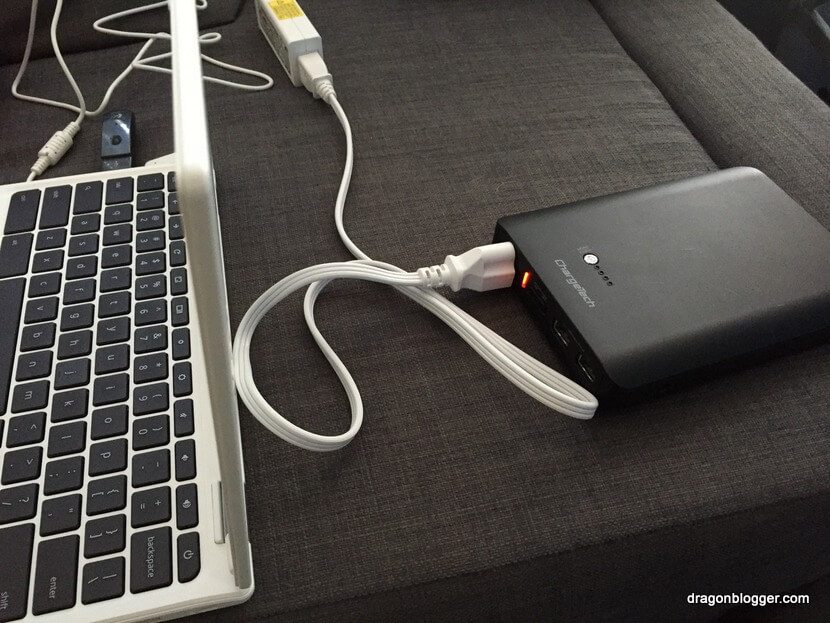 The keys on the Acer Chromebook CB-131 are easy to type on and have decent responsive feedback.  They don’t feel cheap and they work well and I can type very quickly on them without any delay, lag with placement being just fine for casual typists. 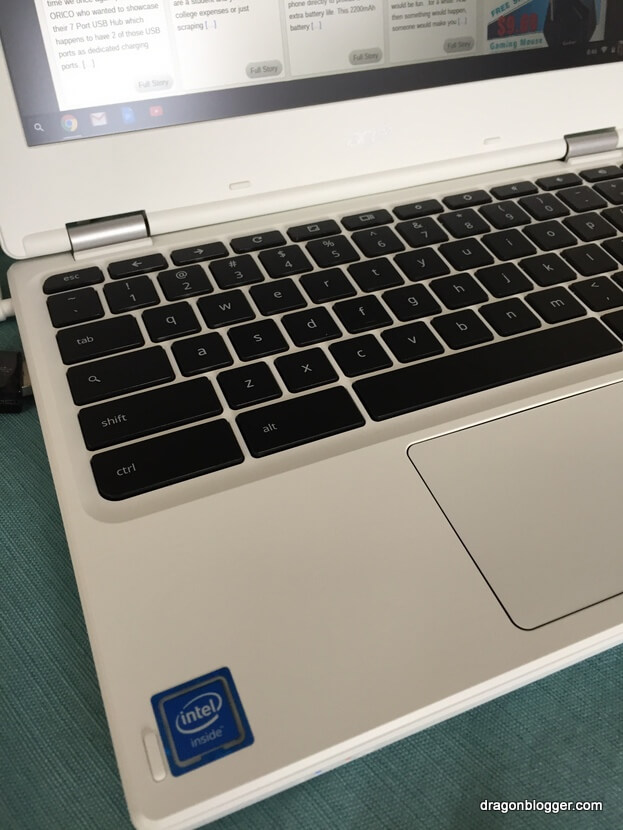 The Chromebook does have Wireless AC so you get very fast Wi-Fi speeds, though I was only testing it with a Wireless N network at the time of the review.  I got the max end of Wireless N that my Wireless ISP could support with the Fast.com speed tests. 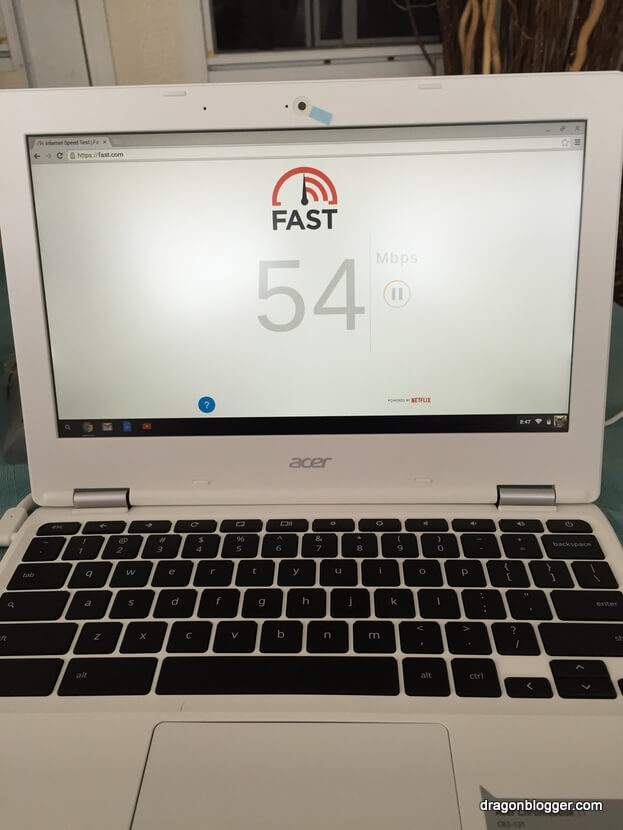 A Chromebook is basically Google Chrome as an Operating System so keeping this in mind with limitations you can only play games or run applications that would normally run as Chrome extensions.  I know Chrome OS is having Android and Google Play support but that wasn’t in this version of the OS and wasn’t available to review while I was using the Chromebook so I can’t tell you if I can install Android apps onto it at this time.  Though when I have access to it again I will see if new features are available from time to time. 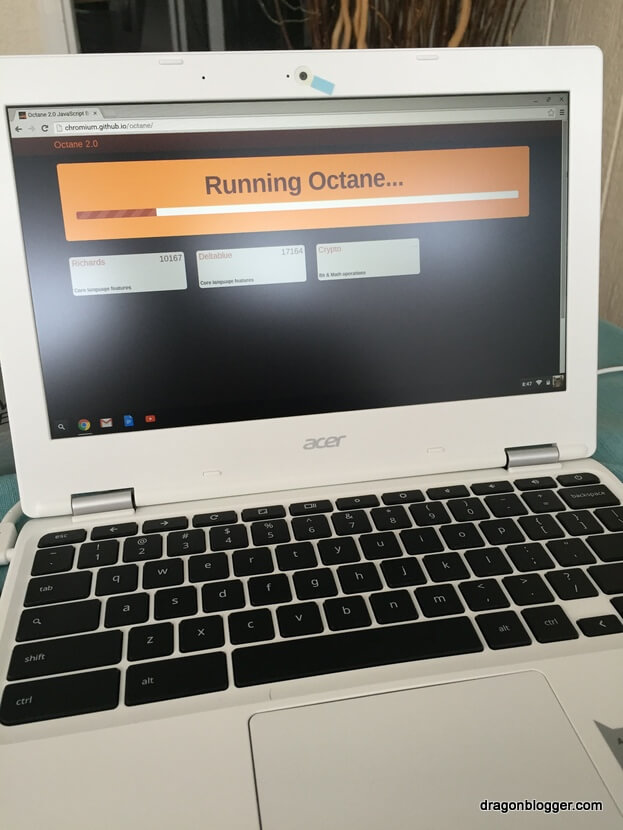 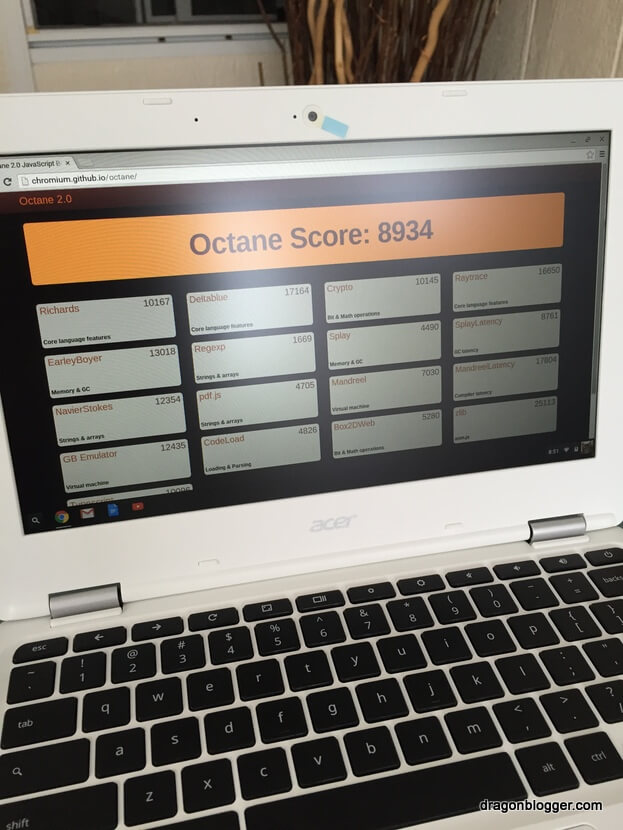 Octane was the Javascript rendering and performance tests I ran on the Chromebook and results were fair considering the CPU and GPU that the Chromebook has in it.  Note, this Chromebook felt faster than many Windows 10 tablets and anything I have used based on the Atom processor when browsing through sites and such to me.  With using the Acer Chromebook to write articles and play some browser games, plus using Google Docs and other options I found it to be a great value for someone who needs an Internet laptop that gives them everything they need online for creating documents, browsing, surfing and casual online gaming. 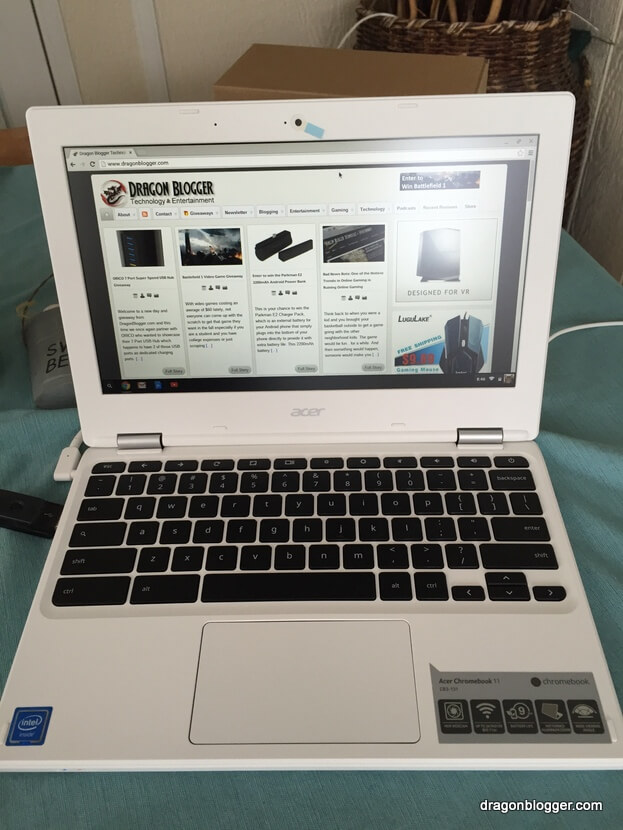 The low cost makes it an excellent 2nd family laptop and really a great option if you want to have something portable and are a blogger on the road, this was an ideal blogging laptop for me.  With the ACER Chromebook laptop you pretty much are relying on cloud storage for everything though it does have 16GB of local storage, you typically aren’t storing anything locally on the Chromebook itself and this is an advantage but also a disadvantage as this device is designed to be used when you have Internet connectivity and is very much hampered in function if you don’t have Wi-Fi and an Internet connection.  Oh and it makes a great device for watching Netflix or Video on Demand shows too, thanks to it’s 1366 x 768 pixel screen which actually appears very sharp on an 11″ screen.