This would mean I can no longer telecommute or work from home for my day job or even maintain and publish to my blogs on weeknights/weekends, answering and responding to emails becomes nil as does pretty much interacting on social media.  I have four PC’s in my house and all of them are connected to the web 24×7 in my home and the biggest impact would be losing the PC internet access.
Truthfully, with or without Internet access the PC has always been a foundation of my daily life.  I use it to create content, play games and more.  I was using computers long before there was Internet, and I would still be using one if the Internet wasn’t available, just using it differently. 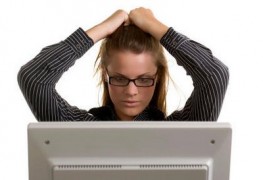 So many gaming consoles are connected online for multiplayer gaming that you would no longer have access to playing others online, with Netflix now streaming live television through gaming consoles you would lose the ability to watch any Instant streaming television at all from the Internet.  Patches, downloads, demo’s and everything else become an impossibility.
Again with gaming consoles, people wouldn’t stop using them but what we know as multiplayer would be back to having friends come over and people being in the same room again.  I actually kind of miss multiplayer console games where everyone hangs out in the same room and plays on split screen.

As mentioned, I don’t have LCD/LED Televisions but once I get one the ability to watch streaming movies and TV Shows from sites like Hulu, YouTube of Netflix will be invaluable.  Losing internet access at a time when more and more content is streaming online would become quite inconvenient.  This hasn’t yet become the standard of televisions yet, but it will over the next 5-10 years I am betting.  We will start seeing television shows that only play on the Internet and ones that may be decent enough that people will loyally watch them.

Lets assume that cell phones had no Internet and all they can do is make calls circa early 1990s, this would just about kill productivity (but probably make people have a better work/home life balance).  No emails, no social media updates, no checkins, no reading online news or browsing the web, we would see probably a big shift into reading books on long commutes on public transportation again.  If phones couldn’t access the Internet then they would be reduced to mere audio communication devices and people would most likely have to carry additional devices for reading, listening to audio, gaming…etc.
How would your life be impacted if the devices you use everyday can no longer access the Internet?
What changes would be made in your daily life and habits?
-Dragon Blogger
Share Feedback We Want to Hear From You