Ironically I have been doing a few articles recently about media and television and it started with my article about Google Chrome TV extension which allows you to watch hundreds of TV channels over the Internet on your Google Chrome browser. This sparked my interest in doing more research and reading about the future of media Entertainment and where I think it will end up in 10-20 years.

With the death of analog TV signals and everyone having either switched to digital tv antennas, cable or some form of satellite television broadcasting we will gradually start to see the next shift with broadcasting over the Internet. Once televisions that are Internet read and broadband access is even more pervasive we will start to see a bigger shift of users who exclusively just watch streaming television and movies over the Internet without even needing to be a subscriber to a satellite TV service. 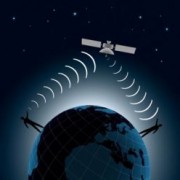 Regular TV Stations I imagine at some point will start live streaming TV Shows on the Internet instead of just putting online the following day for watching, and we will see even more independant channels, shows, movies and entertainment show up as the medium becomes a sort of “free for all” to garner attention and notice from audiences everywhere.

This will all be a good thing and despite the fact that there will be tons of bad content, the good content will be that much better and have to stand out. I imagine Internet television becoming even more pervasive than Internet radio. I do think that set delivery times/schedules will be set for most shows though I think because the nature of watching something whenever you want instead of when it comes on will mean collecting ratings on a nightly/weekly basis will be almost irresponsibly inaccurate for online broadcasts.

Advertising will continue to be the primary driver of content in the fact that the more money content can bring in the higher quality staff, equipment…etc typically can be leveraged. I think user inspired or partially created content will become more likely as entire TV shows or episodes could be developed based on users feedback or participation in helping shape the direction of a show.

Meanwhile, others would suggest that the basic television station model that exists now could never be replaced. What are your thoughts of the future of broadcast media and where it will be in 20 years?