So Alcey sent me a Wireless 10-Key pad that was supposed to be an ideal option for people who have Chromebooks, tablets or notebooks without a 10-key built in and you need one for doing data operations like Excel, data entry or other purposes where punching numbers on a 10-key is much faster than hunting and pecking digits on the 0-9 bar at the top of your keyboard.  The Alcey Wireless 10-Key also had some other uses I thought of and was thinking it could make a great supplement as a gaming keypad if you can program your game to leverage the numeric 10-keys then this could be a budget gaming keypad for extra options for MMO games or games like Elite: Dangerous which I play quite frequently.

Okay for those who don’t have time to watch the video I will explain some of the pros and cons about this keypad.  First it is small, portable and the buttons are very soft and easy to press. But I found that when doing 10 key operations like data entry (I used to be a data entry operator and used to do ten thousand keystrokes per hour so using a ten key was very important and I know what features make a good 10-key pad for operation).  This keypad just doesn’t have enough responsiveness to the keys for heavy duty 10-key operations like pounding numbers over and over, line after line.  They are too soft and though it works, the lack of tactile feedback and responsiveness slows you down a bit.  They should be mechanical or at least have a spring back that is faster at letting your fingers recover from the depression of the key. 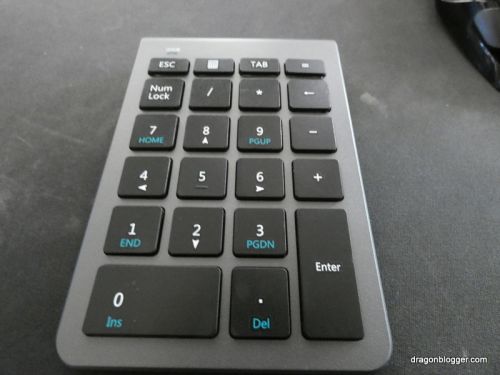 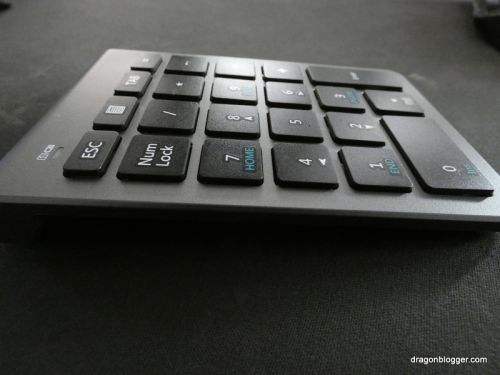 Now, as a gaming supplement it works very well and putting this on the left side of my computer keyboard now lets my left hand access the 10-key instead of having to take my hand off my mouse to access the 10-key on the right side of my keyboard.  This could be a very viable budget 10-key for playing games, if only they included some software to customize the 10-key and let it become more than just hard set to the 10-key pad itself.  Still if you can assign just the 10-key to functions, and that is all you need then this 10-key pad should work for you.

The calculator button built in is a nice feature to open up the calculator app, and the escape and tab keys are also beneficial and not normally in a 10-key pad.  Most 10-key have a larger + key so you may have to train the muscle memory in your finger for placement by using it for several hours if your fingers were used to a giant inflated + key on the right.  Other than that, the pricing is fair and the product works as advertised.  I tested the range and it was as far as I could get in my living room without issue, but obviously you can’t see what your typing when you walk too far away from your laptop so other than if you were typing numbers out on a projected screen I can’t see you using this at any greater distance than a few feet from the laptop or device you have it plugged into.