Though we have not yet had a chance to review and compare the Amazon Fire TV to the Roku 3 and Chromecast, the spec comparison alone would show the Amazon Fire TV clearly has an edge in both RAM, performance and the ability to do searches by voice which is something the Roku 3 or Chromecast cannot do.  The Fire TV also does not require line of site to the remote control, this lends itself to being able to tuck it away and obscure it from view so that you don’t have an extra black box sitting near the side, above or below your TV which can be cosmetically unappealing especially where you have only thin TV’s or if your TV is wall mounted and you really don’t have a ledge or surface to set the Fire TV on.

This is where a simple Fire TV Mounting kit like the Khomo Amazon Fire TV Holder Mounting Kit comes in, and for a device that costs under $10 it allows you to tuck, hang, or stick (with separate 3M adhesives) the Fire TV to the back of your TV keeping it out of site. 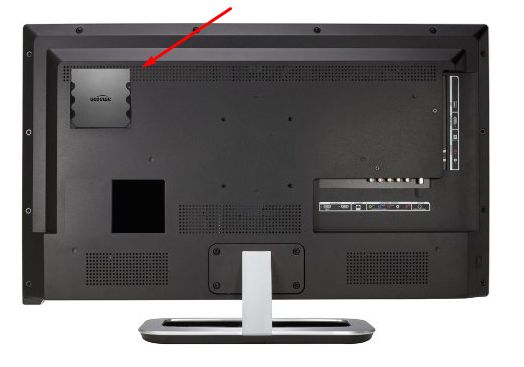 If your TV has venting holes aka. grill in the back then you can slide your Fire TV into the mounting bracket, and use the hooks to just hang it on the back of your TV as in the picture below. 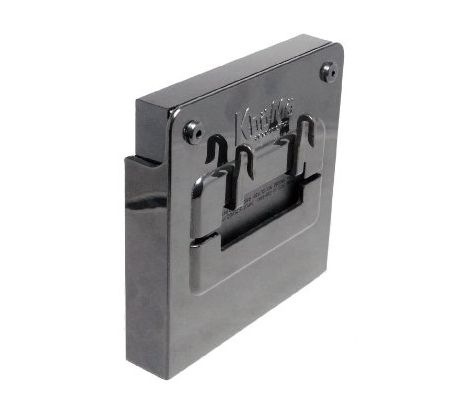 It comes with screws too in case you want to mount it to a wall or other location behind the TV as an option, though if you need to us an adhesive you have to buy the adhesive 3M sticky products separately.  Overall this is a good option, and one would have potentially 1 or 2 (possibly 3) cables coming out of the Fire TV going to your TV, Receiver or Speaker.  The Fire TV unlike the Roku 3 has optical audio out and therefore lets you feed it directly to a receiver or speaker bar for example.  There is also Ethernet if you don’t have strong Wi-Fi and you happen to have your router in the same room you can get uncompromising streaming speeds without worry about the Wi-Fi by using direct Ethernet connection.  Of course just because you can hang the Fire TV on the back of your TV, you will have to figure out some cable management and used the shortest cables possible.

With Amazon Fire TV you get access to all the major channels and there are more casual gaming options than with the Roku, though I am not interested in gaming on a casual device like this it is probably geared more toward very little kids or those who just are bored and want a casual game. 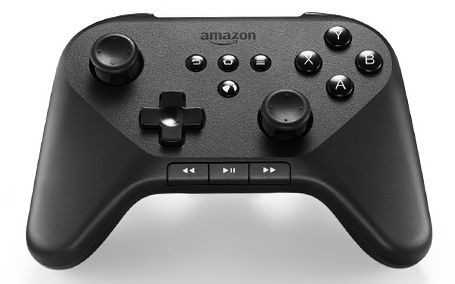 Now if you do want to leverage the gaming, the console has some options like Minecraft Pocket Edition which will honestly keep little kids entertained for hours.  But for those that do want the gaming benefit, there is a $39.99 controller for the Fire TV that is a functional game pad, but also can be used to pause, forward, rewind shows as well.

Have you tried the Fire TV yet, what do you like or dislike about it?

Content Creator/Owner of https://t.co/iWP6afuOc9 for Tech, Game, Entertainment and streamer at https://t.co/594fXMdMIA
Catastrophe always starts with a “CAT” https://t.co/JyTP93NlcD - 8 hours ago