This is a review of the Anglink Mini Adjustable Cell Phone Tripod and showing off the various ways it can support your phone so that you can place your phone on virtually any surface so that you can watch your phone screen, or get it properly placed for selfie or other pictures.  The Anglink Phone Tripod Stand is adjustable with a stretching clip that can accommodate most phone models.  It has adjustable feet which can fold up or extend and with one swivel arm it can tilt a phone forward or backward for various angles. 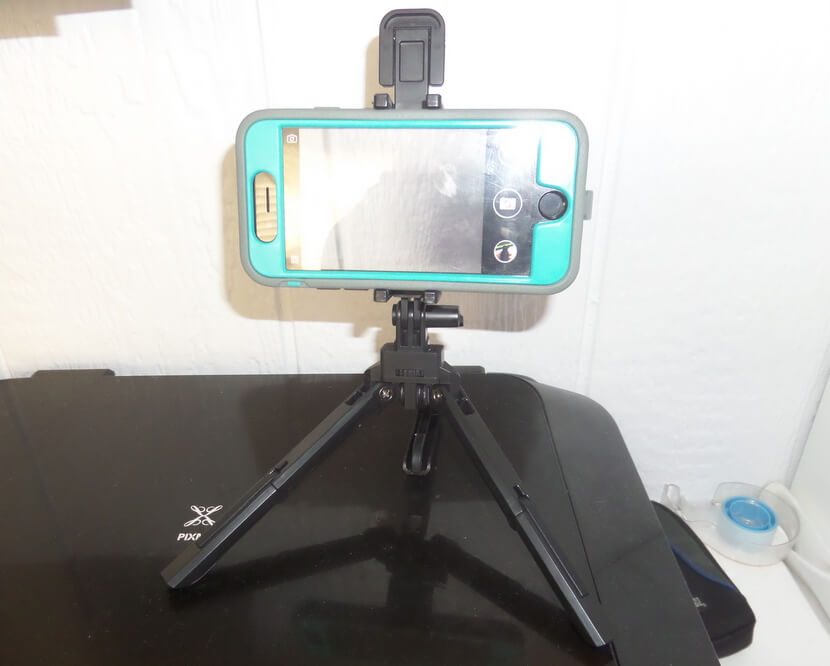 In the default position, and I say default but there are over a dozen different modes you can put this mini tripod in the phone is held horizontally and points toward you.  You can stretch the legs all the way out having a widespread or fold them in a bit making it look like it is a walker, and it reminds me of the walker type machines in War of the Worlds like this. 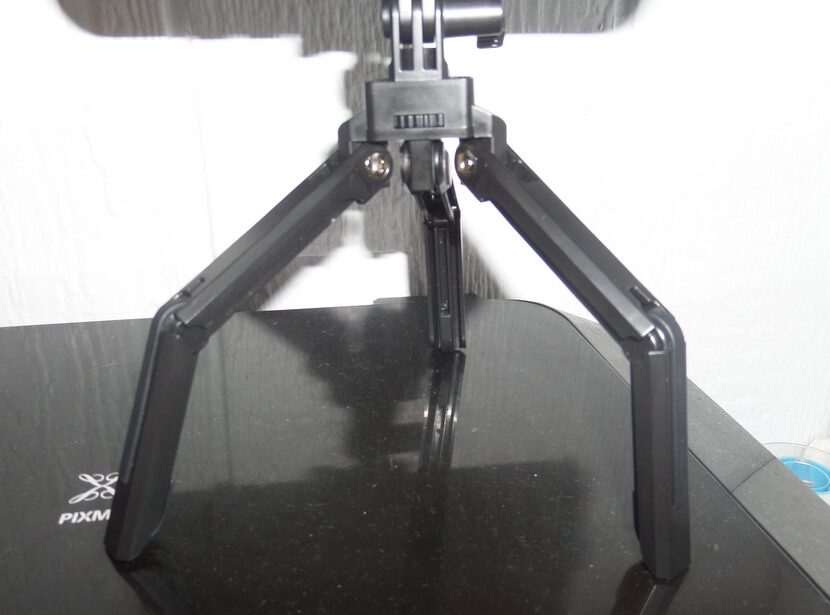 You can also fold the feet up completely if you want it to sit up a bit higher like in the screenshot below. 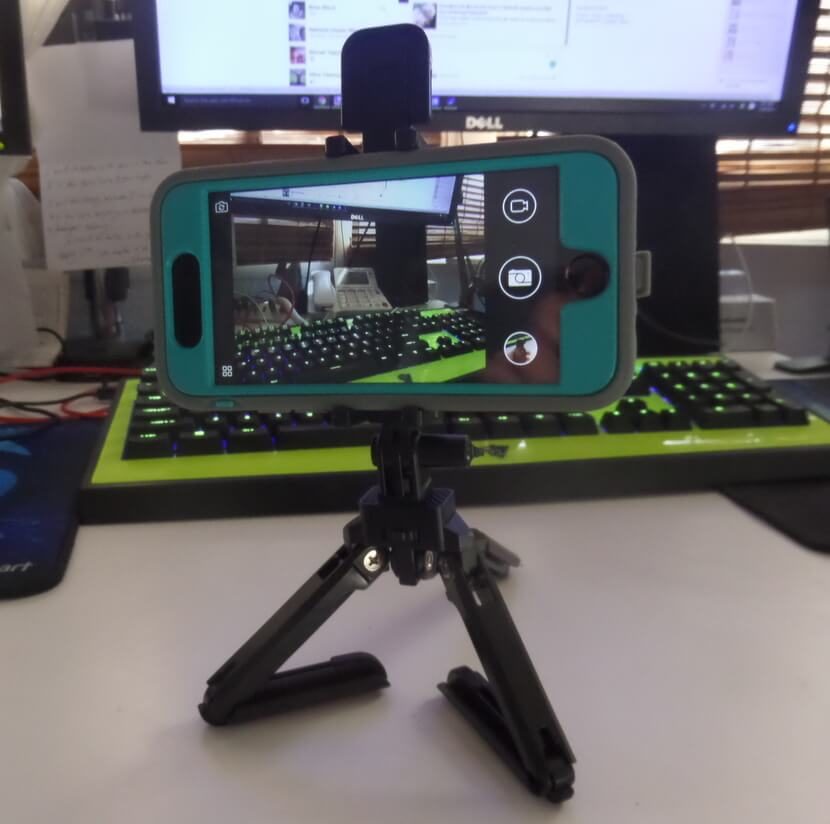 Here is another shot with the legs fully extended and camera in Horizontal mode. 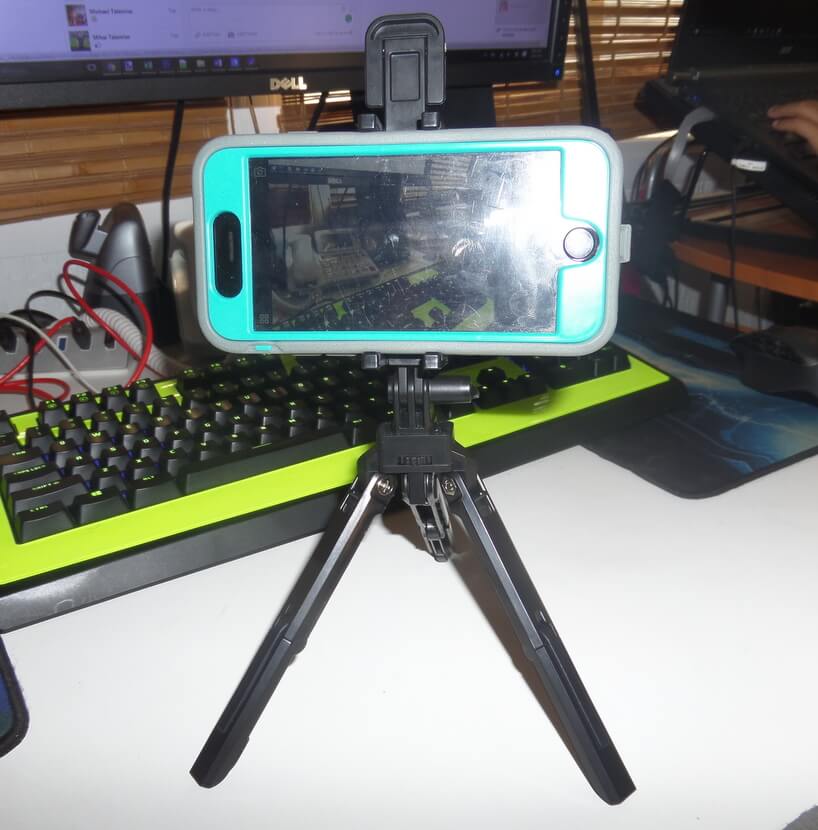 Now when it comes to holding your phone vertically there are only 2 options and one of them is with all the legs folded closed with the bottom of the phone resting on the surface like the picture below. 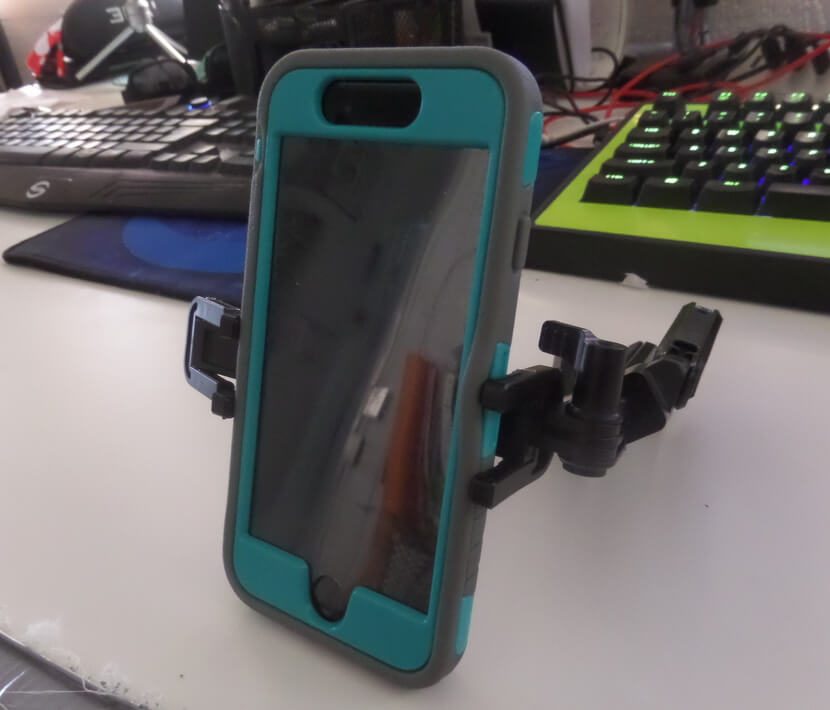 You can also hold the phone in Horizontal mode like the picture below making the Anglink Phone Tripod Stand look like a spider creature holding the phone.  It is kind of a unique phone tripod for sure. 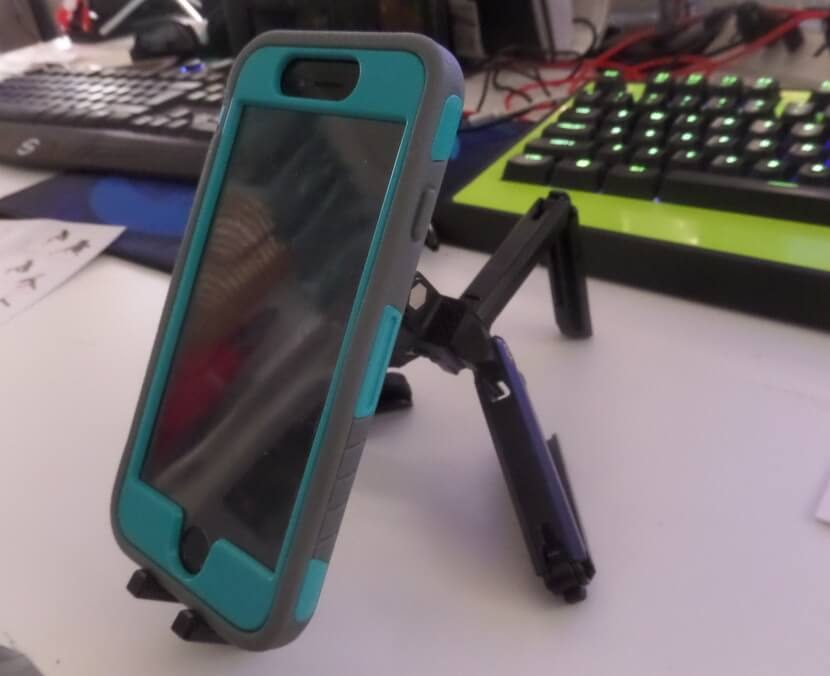 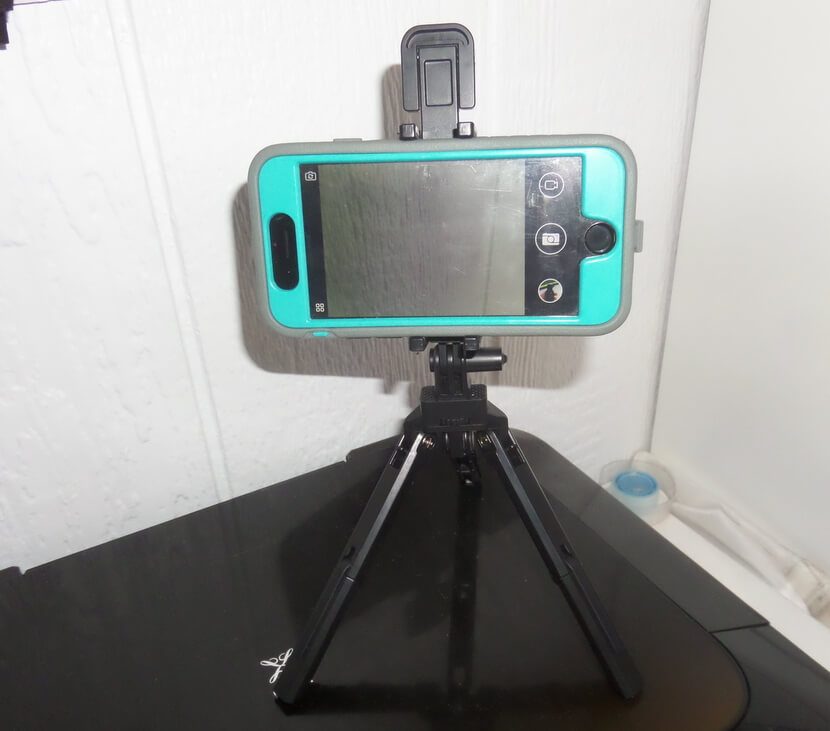 One thing about the legs and the various positions is that it was designed so you can have it work on uneven surfaces where maybe just one let would fold to allow the phone to be stable on surfaces that weren’t completely flat. 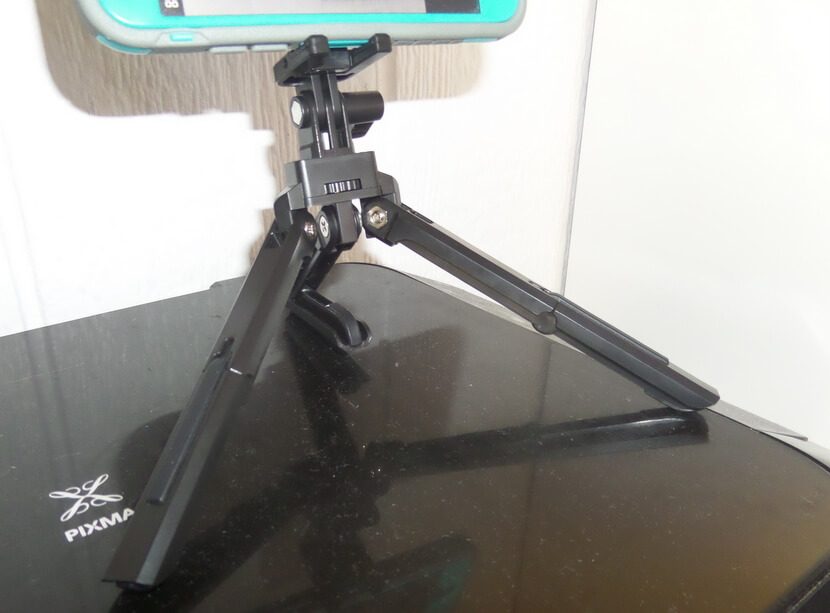 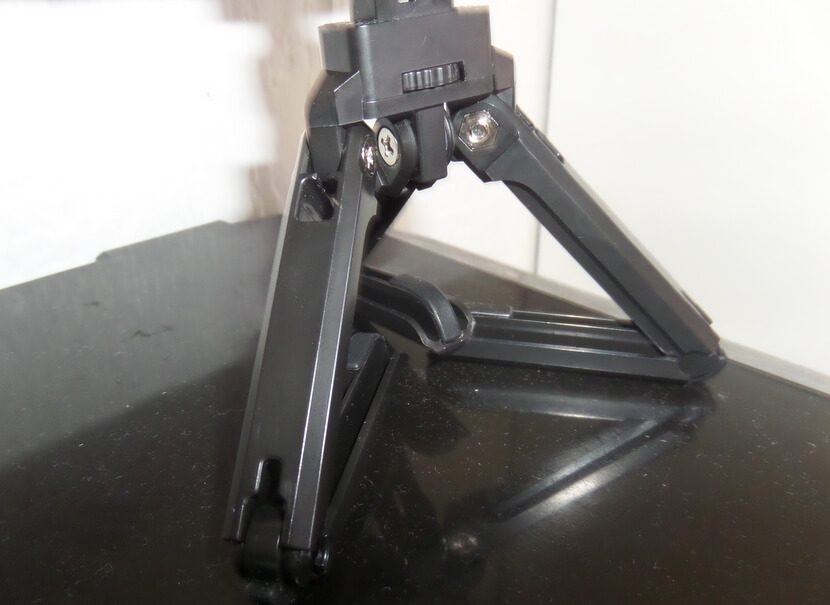 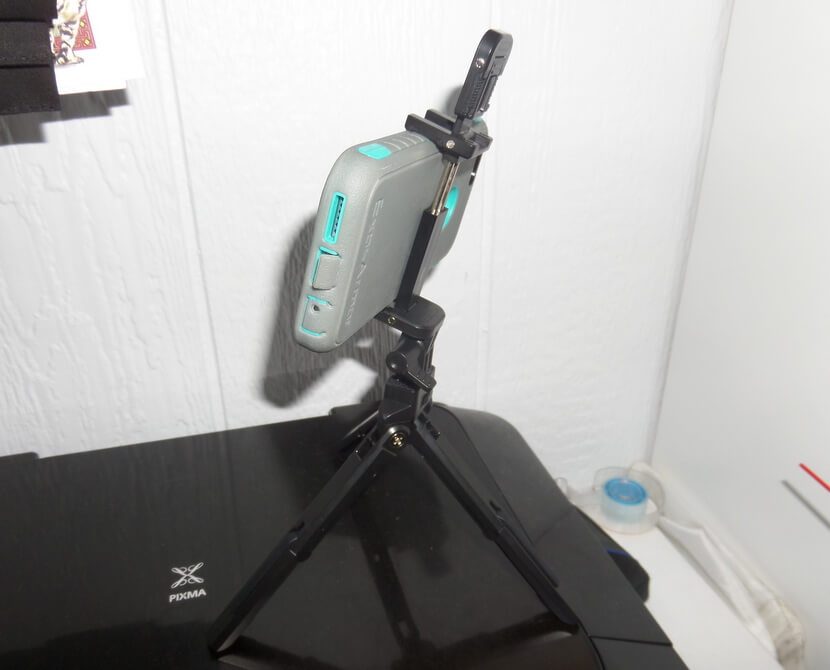