Tower defense is an established genre with millions of fans worldwide and the latest titles are better looking and flowing nicer than their predecessors. For all the concern for aesthetics and improved game mechanics, there was little innovation and that’s why Anomaly: Warzone Earth feels like a breath of fresh air. Developers have a completely different take on the genre and instead of pitting the player against endless waves of incoming foes, they place them on the opposite side of the barricade. 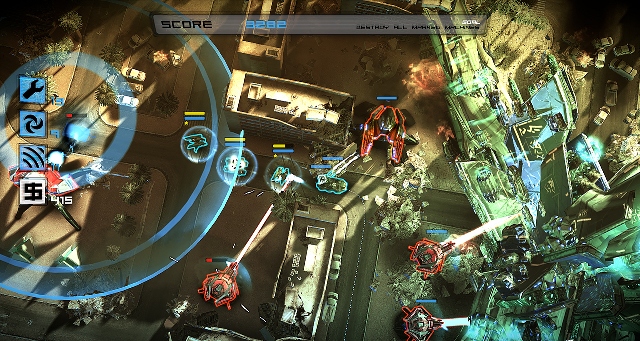 The other end of the invasion

In Anomaly: Warzone Earth the invader is you and the stationary structures need to be overpowered, with little resources and limited mobility. All those who often thought that it’s difficult to bolster their defenses and fend off wave after wave of invaders, will get a bitter taste of how it’s like to be on the other end of the invasion. This doesn’t mean that the game is awfully hard or that there is no fun in playing it, quite the opposite. While it is the most atypical tower defense ever, it is also the most exciting and challenging one.

Some will call it “tower offense” or “tower rush” because this is how it feels playing Anomaly: Warzone Earth and players will agree that reinventing the wheel was worth the effort. To achieve victory you need to make the most of the few troops that are given to you, carefully plan your route through the infested city and use special abilities. Your convoy will follow predefined routes, but the strategic decisions you make are critical and in order to win, you need to avoid bottlenecks and heavily defended areas.

March your troops to victory

Choosing the appropriate units is paramount, with slow but might armored units marching alongside fast but vulnerable APCs or missile launchers. You can’t build an army made entirely of one type of units, or use the same combination for each scenario, because the obstacles vary a lot. The only unit that can be controlled while you advance with your mission is the commander and he plays a central role in leading the rest of the troops to victory. He is highly mobile, can collect different power ups, repair units, place decoys and request aerial support, but while you are using him, the rest of the troops will not attack.

Playing Anomaly: Warzone Earth is a pleasure regardless or your skill level and picking up the basics is just as easy as with any tower defense. The sounds are less than inspiring but the visuals greatly exceed expectations, making this one of the best looking titles often genre. 11 Bit Studio took some chances when choosing this innovative direction, but what they’ve accomplished earns them 5 stars out of 5. The story is rather shallow, and it is worth watching this trailer to learn how it all began.