I will be the first one to tell you that I am not as thorough in the past in watermarking images for DragonBlogger.com as I should be.  Watermarking can help establish branding on your images and easily identify them if they are stolen and used in other sites, it can also be a great way to have brand image inside your image media which can be shared on Pinterest, Instagram and other social networks designed around images.  For most of the past years I have used Picasa exclusively and while it is a great tool for organizing, sizing and doing minor image manipulations it has a rather limited watermark feature as part of the export function. 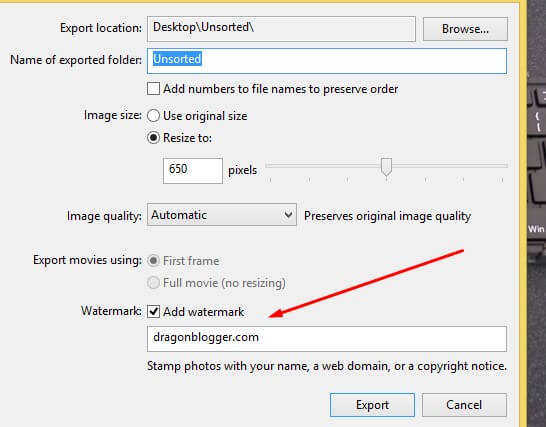 You simply have the option of only adding a text based watermark at the bottom right of your image, and output looks like below from Picasa. 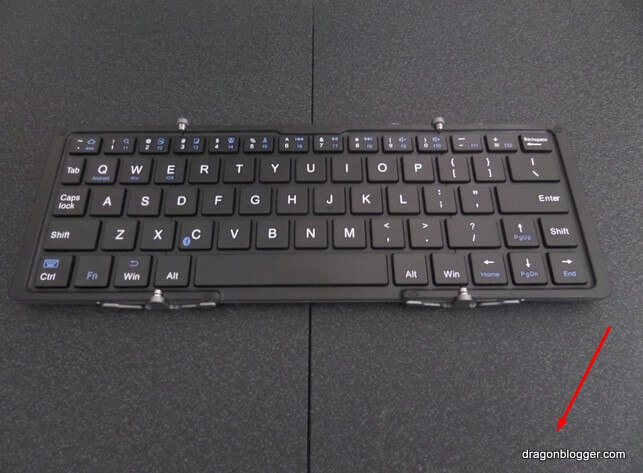 Obviously it is very easy to simply crop the image and remove the watermark entirely so this really is not an effective watermark.  This is where a program like Aoao Photo Watermark comes in, with it’s ability to do batch photo watermarking and using an image as the watermark itself.

In Aoao Photo Watermark you simply open the program and then add individual images or all images in a folder. 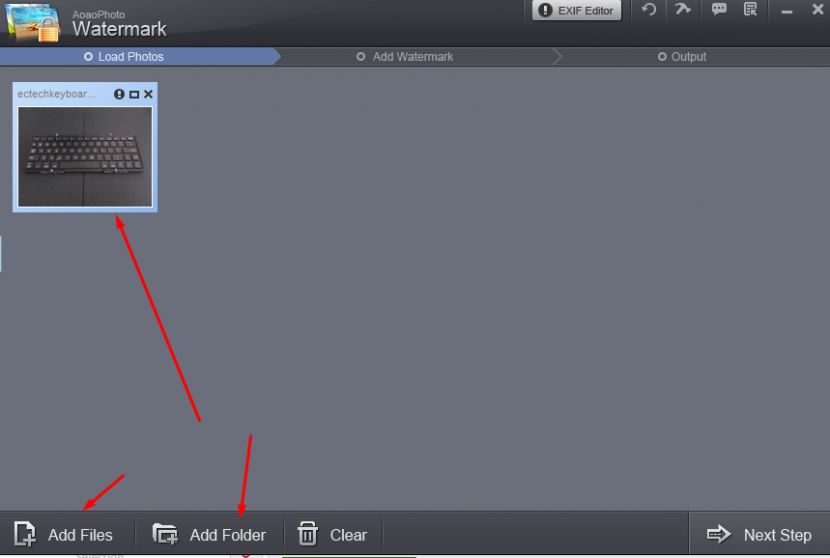 Then after you have all the images added that you want to watermark, you proceed to the next step which is applying the watermark to the images.

Of course you can still use text if you want, but you can do all sorts of text manipulation including sizing, tiling, shadows and opacity, if you want text you can make it so the text is clearly part of the image and embedded to where you don’t have to worry about someone trying to remove it the image is permanently watermarked. 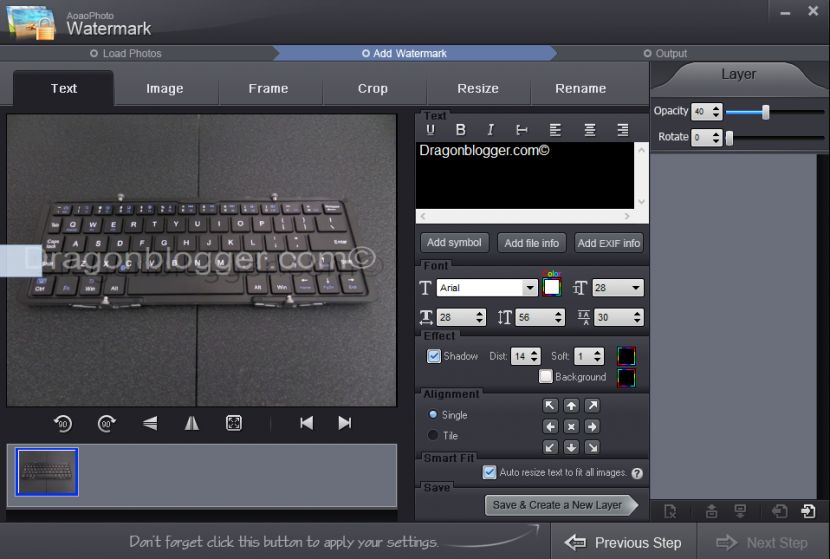 When adding an image you get some good control configuration options as well, including resizing, shadows, opacity, rotation, tiling as well as setting transparent color.  Let’s say you had an image with black or white background that as a jpeg you could set the white or black to be the transparent, instead of having to use a png or gif with transparency already part of the logo for example. 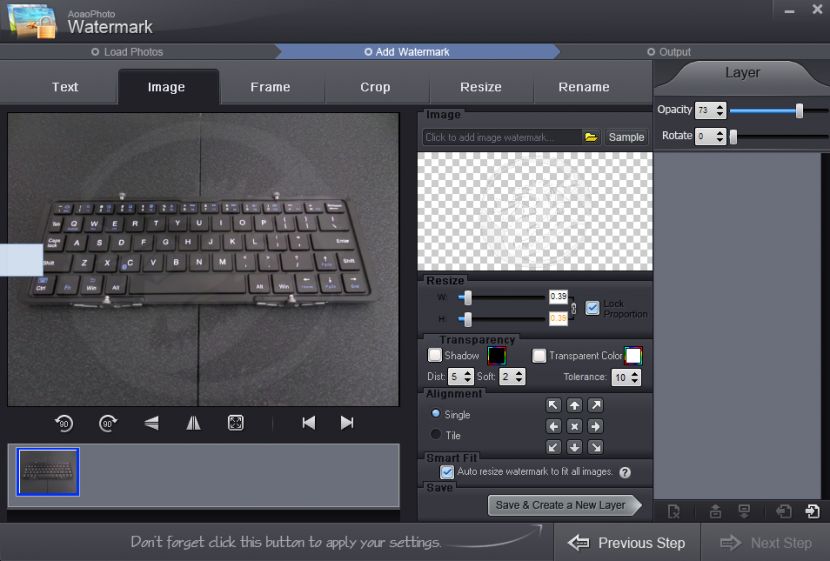 So the end result is that you can create a really subtle watermark that is noticeable in the image but not so distracting to block you from seeing what you are supposed to be focusing on in the image. The watermark is also large enough and incorporated into the image enough so you won’t have to worry about someone trying to crop out the watermark and re-use the image.

Here is an output file for example from Aoao Photo Watermark 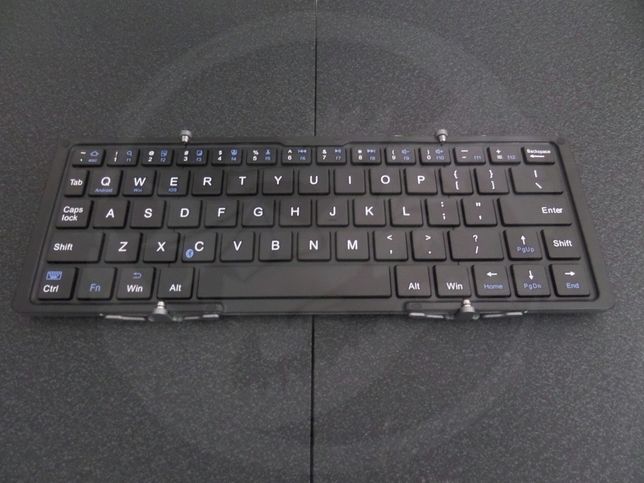 You could even combine image and text based watermarking. 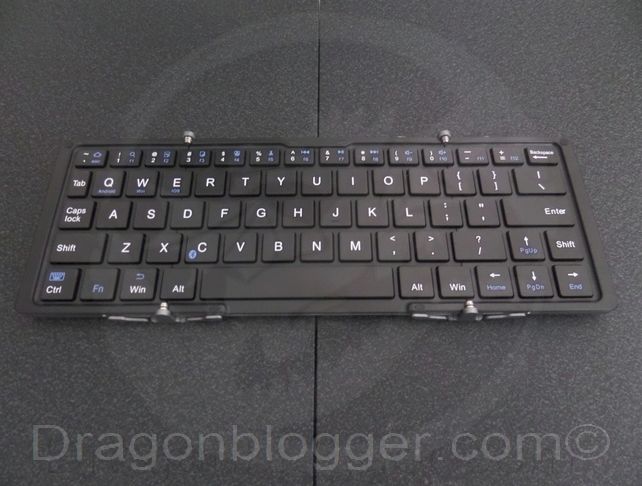 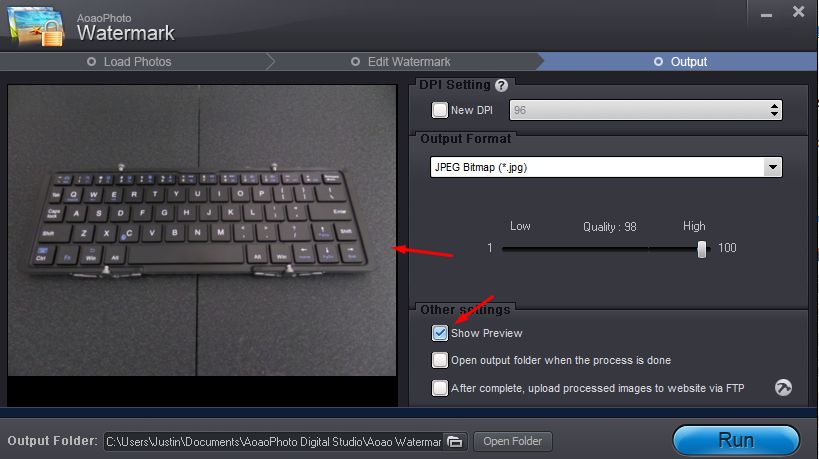 As you can see above show preview doesn’t show the watermarks until I click run which is kind of odd, but other than that the software works well.  It is a little sluggish setting and manipulating the watermark in real time but once you start the batch conversions it processes many files very quickly in converting them.

You also have the option of adding frames around your images or photos as well as doing batch image file size conversion as well as file type conversions like jpg to png.  There are a lot of features to go over that it can do besides watermarking so it is a fairly comprehensive batch image manipulation program.