When I review a headset I don’t simply put it on and use it for a few hours, then write a review I take the time to see how it endures use for days and weeks on end.  This is how I can tell you if a headset is one I would recommend and not only do I use it as I would any headset, I let my kids use it and my 9 year old is downright abusive to his headsets sometimes.  If that headset can endure that kind of usage, then it gets a thumbs up.  The Arctic P533 Military Style Gaming Headset was one of the best headsets I have ever heard and had a fantastic mic, but that all went to hell after 4 weeks of usage when some pins fell out of the microphone part where it holds to the arm which unfortunately forced me to remove a star and a half for a poor build quality decision that would otherwise have made for a 5 star headset.

The case the headset came with was a great feature, and the inclusion of a very long splitter cable so you can turn your single 3.5mm output jack into 2 audio/mic jacks was another nice touch.  Next up we do the Microphone quality test with the PC for the Arctic P533 Gaming Headset.

So then we take the Arctic P533 Gaming Headset over to the PS4 and see how the microphone sounds with Call of Duty Black Ops 3 with my son Oliver testing it.

Then the microphone problems happened, ironically my son uses the headset for 3 weeks without issue, but when I am laid up on the couch due to a hernia surgery and can only play my PlayStation 4 I have him turn over the Arctic P533 to me.  Within a few days the first pin falls out near the microphone and I don’t know where it went, maybe the dog ate it. 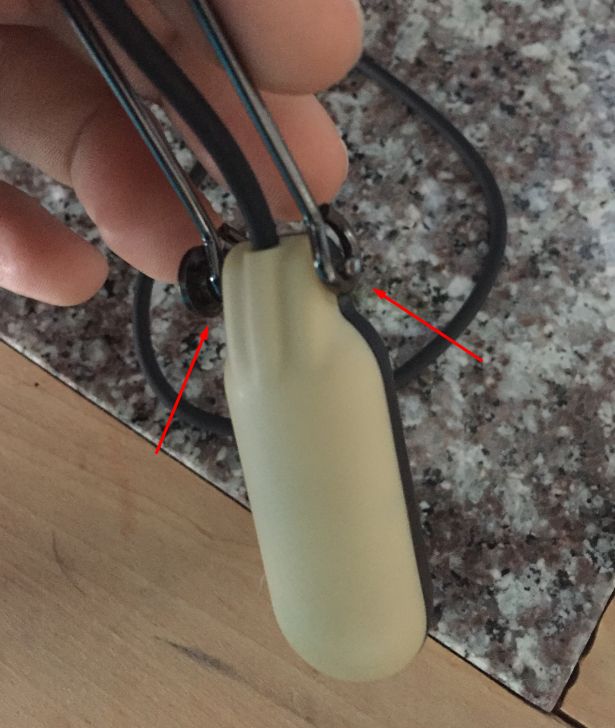 Then after another day the 2nd pin fell out and the headset mic hangs limply with no ability to fix to it’s arm to help stabilize it in place while you use it.  I don’t know how they detached, was it the simple action of putting them in and out of a bucket for storage too hard, or what but this was imply the Achilles heel of the Arctic P533 Gaming headphones and those pins holding the microphone on the arm were the weak spots.

Update:  Arctic did send a replacement and the P533 is covered under a 2-year limited warranty which means if something like this should happen to your unit, you won’t have to worry about having to buy a new one.  I will point out that I used the replacement unit for over 2 months now and it has not had the same issue, so I think it was just a defect in the first model. I bumped the review rating up to 4 stars as a result.  The only thing I wish the unit had was a mic mute button on the headset, for when you need to quickly mute yourself while on console, it is a pain to have to do it from the PS4 menu screen while streaming and a mic mute on the headset would have been convenient.