You’ve likely heard about the new trend of self-driving cars, but do you know what they are?

This probably puts an image of a vehicle without a driver inside into your head. While this isn’t entirely wrong, most self-driving cars still require the help of a human driver in case things go wrong. With self-driving cars also brings the possibility of not needing to own your vehicle. Picture ride-share services like Lyft and Uber, but without having a person driving the car. This is quite an interesting prospect considering that the average American driver spends $8,003 annually on vehicle ownership. If ride-share services featuring self-driving cars become economically feasible, then this would offer a superior transportation alternative. 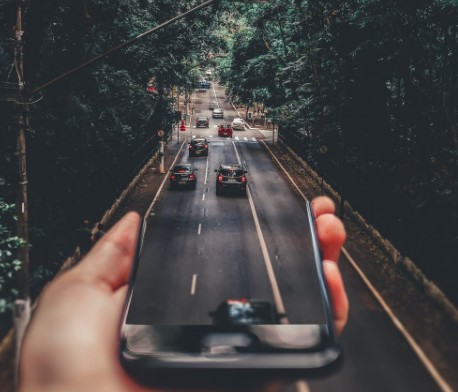 What Are Self-Driving Cars and How Do They Work?

There’s a lot of misconceptions surrounding self-driving cars and how they work. Most are not fully autonomous and still require a driver for successful operation. There are six different levels of automation, with each gradually requiring less human assistance than the last. Level zero is entirely controlled by a human, while level five is entirely self-driven in all scenarios.

Today, most “self-driving cars” fall into the level two or three categories, including Tesla cars. Level two self-driven vehicles can automate two or more car functions, like steering, braking, and acceleration. It is important to note that they still require human drivers because their systems are not yet perfected. Drivers will still need to stay attentive to take over if a function does not work properly.

Self-driving works by using several sensors, cameras, and a computer to analyze and predict a driving environment. While many self-driving cars are still level two, further research will eventually make them level five.

What Dangers Are Posed By Them?

As appealing of a technology that autonomous driving is, there are still currently several risks that need to be addressed. Here are the four biggest dangers currently involved with self-driving cars:

Are They Safe for Riders?

To effectively answer whether or not self-driving cars are safe, the only real conclusion is not yet. The only scenario where fully automated cars become safe is when they are reliably level five and have a proven track record of success.

For now, that is not the case and is why self-driven cars cannot be considered safe yet. The technology is still too new to effectively anticipate all scenarios and how to handle them.

Artificial intelligence requires decades of experience and learning until it is adequately equipped to handle real-life situations. For now, it is placing human lives at risk due to its reliance on human drivers taking over what it can’t handle.

On the other hand, the question arises as to whether or not they are safer than human driving. Humans are extremely prone to error and already cause several accidents as it is.

Will They Become a Normal Mode of Travel?

There’s a good chance that fully automated vehicles will eventually become the normal form of transportation. However, they will need to be safer than human-driven cars for this to be the case.

The question of just how much safer they need to be is what is up for debate. More than 37,000 people died in car accidents in 2017, with 90% of those caused by human error.

Ultimately, the problem lies in just how much the public trusts computers to keep them safe. Human-controlled vehicles place all the responsibility in the driver’s hands, which is currently the safest method of driving.

Comparatively, well-protected and effective computer code could create systems where accidents are greatly reduced. Self-driven cars have greater potential to be safer, but more time and testing must be done before they become the norm.

Today many self-driven cars on the road are less automated than you might think. Most are automation level two, meaning they still require a human driver to have their hands on the wheel at all times.

As a result, it is too early to say whether or not self-driving cars are safe for their riders. With more research, automated cars can become smarter and more effective.

For now, human-controlled cars will continue to be the modus operandi until self-driven cars can definitively be proven as reliable and safer.