So I spent quite a bit of time troubleshooting installing Battle.net games on my sons laptop over the past few days where installing any Blizzard game with Battle.NET would cause Blue Screen of Death or BSOD within a few minutes of attempting the install.  This would not happen when playing existing installations but would happen when installing Hearthstone, Heroes of the Storm or World of Warcraft or even Starcraft 2 you would get a BSOD when installing any Battle.net game.

Well it turns out it was tied to the Panda Antivirus I installed on my sons machine a few weeks ago, for some reason the Panda Internet Security which was listed as the top 2015 antivirus program cause severe issues with installing Battle.net games.  It causes BSOD 100% of the time on my son’s machine and I was able to reproduce the issue by replicating the setup on my other sons machine.  It makes it appear to be a RAM issue, you get graphical glitches and a lockup and BSOD when installing a Battle.net game so at first I was thinking it was a bad stick of RAM or video card issue, as the scrambling of graphics on the screen was misleading.

So if you are using Panda Internet Security and having BSOD with random applications, especially game installs you may want to uninstall it and solves your issue.  If you don’t have Panda Internet Security or Panda Antivirus installed then sorry but this post isn’t going to solve your Battle.net BSOD issue as this was specific to Panda causing problems with installing Battle.net games.

To uninstall Panda, simply go to your Control Panel

But this does bring to something else, if you have any new software installed or anti-virus and malware programs installed, you may want to temporarily disable them and re-run the installer just to confirm if it was causing an issue, I imagine this could happen with other Internet security products and not just Panda anti-virus as well.

Note, Panda Antivirus 2015, Panda Internet Security and Panda Global Protection 2015 can and will cause BSOD issue with Battle.net game installations, so any of the 3 products can cause the issue.  You can always re-install Panda after installing the Battle.net game too as it doesn’t appear to affect the playing game, only the Battle.net install part from my testing. 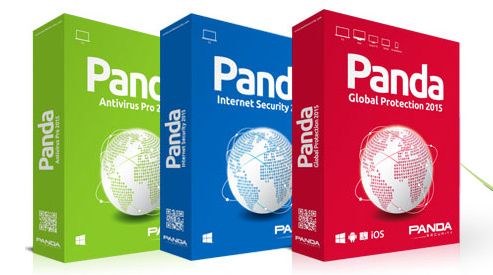