So over the past few days Blizzard rolled out a feature to Battle.net that lets you live stream your Blizzard games to Facebook directly from your Battle.net account and while in-game.  I spent some time testing this as a video game streamer and I tested by streaming Hearthstone, Heroes of the Storm and Overwatch which I always had trouble streaming due to the limited power of my Razer Blade 2014 which can play Overwatch fine, but playing and broadcasting via OPS always had bitrate issues and streaming problems with the feed,.

To setup streaming when you are updated to the latest version of Battle.net you will see a video camera icon on your Battle.net menu. 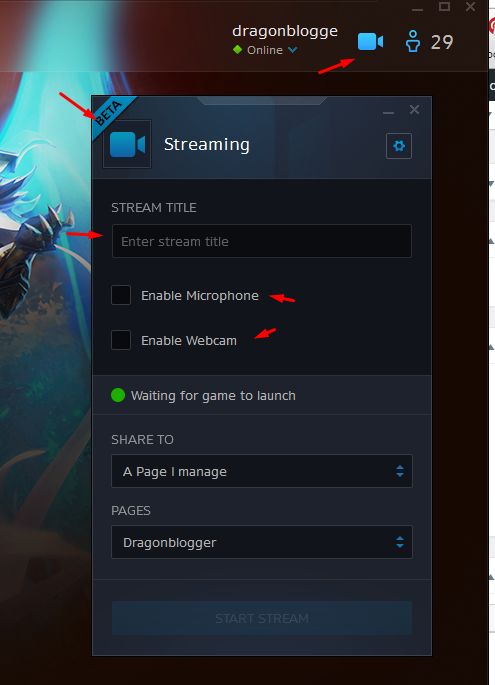 After clicking on it, you will be asked to authenticate your account to Facebook.  One brilliant decision was to allow you to share to a page that you manage so you can stream to your fanpage instead of only your personal profile.  The client also integrates with the microphone and webcam which is a nice touch as well.  In the settings you can configure your start/stop key and microphone, don’t forget to capture system sounds which is unchecked by default if you want people who watch your stream to hear the game not just your voice. 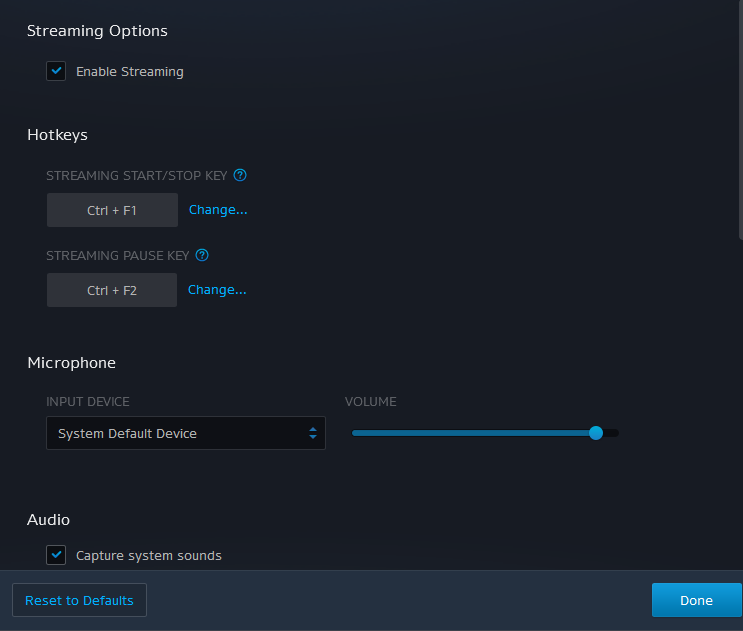 Note, the CTRL+F1 by default conflicts with the Microsoft Xbox Record so you may want to set that to a different hotkey that doesn’t conflict if you get this popping up on you because you configured it for recording previously.

You are presented with your livestream link on Facebook when you start streaming and if you have dual monitors or are willing to tab back and forth between gaming and monitoring your feed you can see and interact with your commenters. 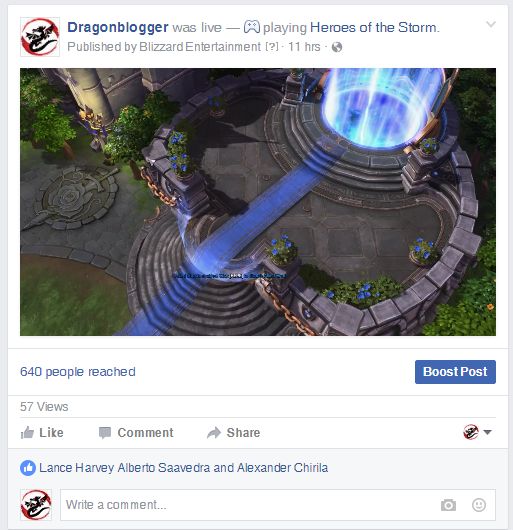 One thing I noticed is that streams get far more people reached and views than regular posts right off the bat, Facebook clearly gives more attention to people live streaming than regular posts which can help increase your reach.  A live stream combined with a few well-placed messages can get more eyes reading the information for example, especially if you are well prepared. I am poised to prepare a live stream with a video game giveaway as part of the live stream too to test it out.

While in game you have a little green eye on the top left of your screen that shows you how many people are watching your stream, but in-game you can’t see if anyone is commenting, so to be interactive with your audience you need another screen (phone, 2nd monitor) to see so you can talk to your audience or type back.  A game like Hearthstone is very easy to tab back and forth, but playing Overwatch is hard to read what people are saying to you.  It would be nice if there was a native way to display comments as a transparent way over your stream to read what people are saying while you playing without having to pull your attention away from the game.

Overall I found the stream to be stable, and Overwatch itself streamed better than when I try to stream it through OBS to YouTube or Twitch.  The resolution defaults to medium 720p at 30fps but you can set it to a higher bitrate but not a higher resolution in your stream options.  You can also lower it if you have bandwidth issues. 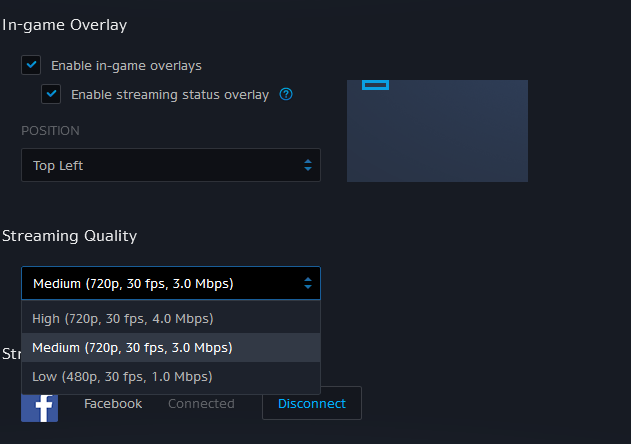 I would love to see a YouTube connect option here for Live Streaming to YouTube but I think it is a great start and I will be alternating between YouTube and Facebook live streaming to see which seems to grab more fans and live viewers over the upcoming weeks.