Sure it’s a light bulb, but it has a remote and has the ability to change to 16 specific colors, plus at costing under $10 it is much cheaper than a smart bulb if you just want a bulb that has some distinct color choices, some fading and brightness levels (dim and brighten without a dimming switch) and strobing/blinking effects.  The BATTOP Remote Control 16 Color Changing LED Light Bulb does a good job meeting all those requirements and the 3W a bulb which is the one I reviewed is so tiny it are smaller than a traditional lightbulb. 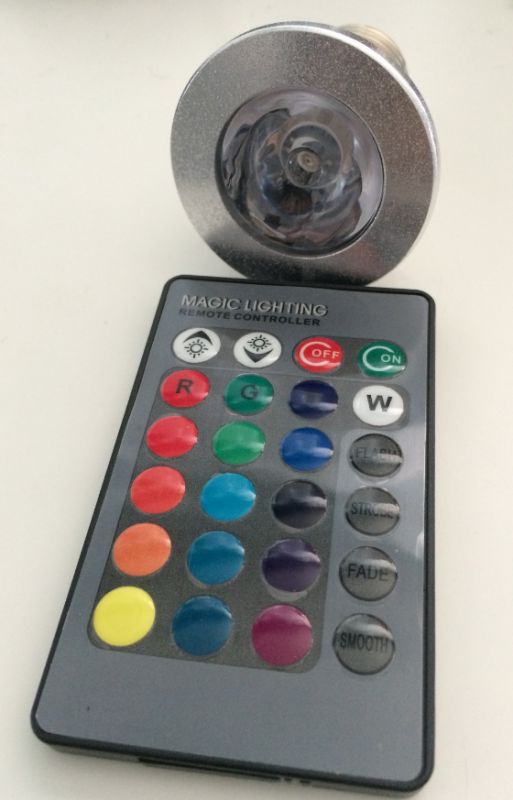 What you get is the bulb and a remote, the remote uses an CR2032 battery but expect it to have a long life span, the bulb itself claims 50,000 hours of battery life and I obviously can’t review that claim, so I can only tell you I ran this bulb for 25 consecutive hours and still use it on occasion.  The bulb does stay the same color the entire time, I saw some reports that it resets back to white in 10 minutes but it doesn’t in my testing, was able to stay any color I specifically set it to for hours on end.

The only thing I noticed about the BATTOP Remote Control 16 Color Changing LED Light Bulb that caused me to reduce a star was that the remote requires line of sight with the bulb, and is subject to interference if you have a lamp that has metal cone surrounding bulb, since the bulb recesses due to it’s smaller size it can make you have a smaller field of vision for the remote to be able to be detected by the bulb.

Content Creator/Owner of https://t.co/iWP6afuOc9 for Tech, Game, Entertainment and streamer at https://t.co/594fXMdMIA
Speedefy AC2100 Router: A Solid Choice in Routers https://t.co/jjgFUwGLeW - 8 hours ago