Note, this partial recap of The Watch Season 1 show will have spoilers, so do not read it if you don’t want to be spoiled as to some of the reveals in the show and episodes. 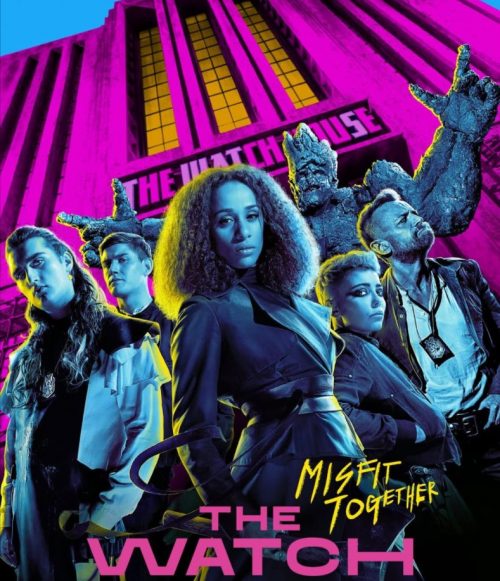 BBC Show The Watch certainly has it’s fair share of haters and for good reason. This show from creator Simon Allen takes the Terry Pratchett’s Discworld stories and characters and rends them into something completely different.  So much in fact that you can see from the show’s disclaimer that it was inspired by Terry Pratchett’s work and not an actual representation or creation that brings his work to life.  The series does have an interesting yet disjointed blend of Fantasy tropes, Steampunk, Sci-Fi and both breaks the 4th wall and becomes meta at times but after seeing the whole 1st Season I am still not sure if I liked the show or didn’t like it. The interesting touch of objects being ported in from “round world” our own Earth into the Discworld had some interesting touches and some humor around it in one episode.  The subtitles of the goblins who everyone appears to think are unintelligent yet have quite the conversations with each other.

Now Richard Dormer to me does a fine acting job as the drunken nearly completely incompetent Captain Sam Vimes but you can see between all the stumbling, bumbling and incompetence there is cleverness and a real detective there.  What I do like about the show is despite his appearance, mannerisms and seeming apathy to a city and world where assassinations and thievery are all legal with quota’s there is someone who still has the desire to do good in his heart.  Certainly not as much as Lady Sybil Ramkin played by Lara Rossi who to me is the moral character of the story with a fixation to try and “educate” evil-doers with retraining lest they be punished by the baby dragon “Good Boy” who has some good scenes and is fun little character that shows up from time to time.

Characters include Corporal Cheery, Corporal Angua who are dwarves though very different variations, especially that Angua is also a Dwarf/Werewolf and Corporate Carrot who thought he was a dwarf only to find out he was adopted by dwarves after being tossed down a mineshaft as a baby (yeah pretty grim).    Overall I really liked the variety of characters, personalities and especially thought Wendell Pierce as Death was enjoyable though his role and involvement was in question the entire season with no resolution even at the end of the first season.  You get everything you would want in a fantasy series including talking magical items (mirror and Gawain the talking sword), magic, steampunk tech (goblins acting as street camera’s with painted polaroids), and monsters (Trolls, Dragons….etc) yet it is so oddly blended with 80’s, punk rock, and the finale even uses the series theme song as a primary lure for the Noble Dragon and quick resolution.

Combine this with the time jumping, future time lords who want to destroy The Watch across the multi-verse and the variations of each character in different dimensions and it gets pretty loopy.  But I did find it someone enjoyable and it held together, for me even though how The Darkness was harnessed by Cheery and how she can see some of the dead who wanted to join her band, was never really explained or explored further than a partial episode coverage or two. 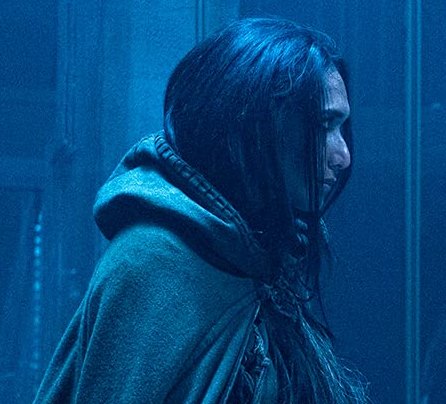 Overall it was confusing, chaotic yet I found myself compelled to keep following along to see where it all went only to have it circle back around with the main villain from the first season being erased from existence only to be supplanted by Wonse a sorceress played by Bianca Simone Mannie who is the only one who remembers Carcer Dun who was simply wiped out from memory and ever existing.

What did you think of The Watch on BBC?  Did you like it, do you hope there is a Season 2 or may it be an experiment that rests in peace?