Google introduces what may be the best tablet with the Nexus 10 tablet which is their weapon against the dominant iPad 3rd Generation with it’s retina display.  Google however decided to one up the iPad and create a display with over 4 million pixels and a resolution of 2560×1600 which is 300dpi and is a better resolution than the iPad Retina display of 2048×1536. 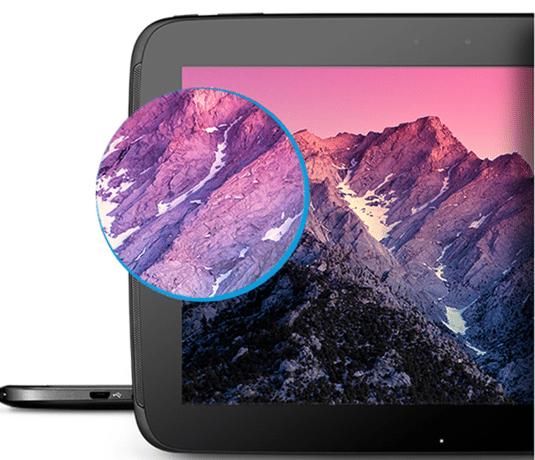 With a 1.9 megapixel camera Google Nexus 10 is designed to do Hangouts with friends in the same way you would do Facetime except Hangouts support more than 1 video connection at a time and you can have entire conferences instead of one on one video time.

The Google Nexus 10 has powerful Dual Core A15 processors with Advanced MIMO WiFi and accelerated page loading which gives you web browsing speeds up to 4x faster than normal WiFi.  The Google Nexus 10 also has the Mali T604 GPU and 2GB of RAM. 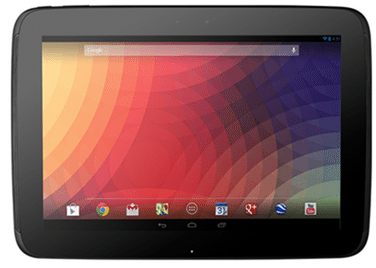 The Nexus 10 also has a 5 MP rear camera for taking photos if you need to as well.  Tired of the proprietary Apple plugs? The Google Nexus 10 supports Micro USB and has a Micro HDMI port as well.  Also NFC support exists for this incredible 10″ tablet on top of everything else. 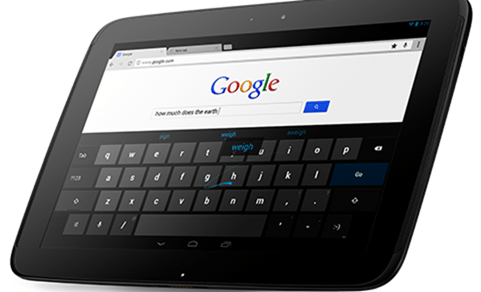 No doubt about it the Google Nexus 10 may be the best 10 inch tablet on the market and at $100 less than the iPad it is something to consider.

One final icing on the cake is that the Google Nexus 10 supports the latest Jellybean Android Operating system 4.2 and this allows for multiple user profiles.  You can sign in as different users on the lock screen.  This is ideal for families that share tablets where you want to have separate user profiles.

In addition to announcing the Nexus 10, Google now makes their Google Nexus 7 32GB priced at $249 and the 16GB Google Nexus 7 priced at $199 making it the same price as the Kindle Fire HD (ad supported version).

Not only is the Google Nexus 10 arguably the best Android tablet it may actually be the device that eats into the iPad market share.  Google has done well with the hardware and their Google Play store has much more content than Amazon’s Android App store.  The only question will be whether users prefer the simpler Amazon interface and integration with the shopping experience or having the flexibility of the full Android operating system.

What do you think about the new Google Nexus 10?