Every game I play is for a reason: That reason is because I enjoy it. Video games are art, and people seem to forget how much effort and work is put into them. And I’m not saying that it’s necessarily bad to just play games to play them. In fact, play games for whatever reason you like, all the power to you. Art is meant to be experienced in whatever way you like.

However, for the people like me that enjoy things by taking their time, smelling the roses, and are there to just stop and look at everything, the original Borderlands was – and still is – one of the best experiences you will ever have in a game, as long as you can get past its age. 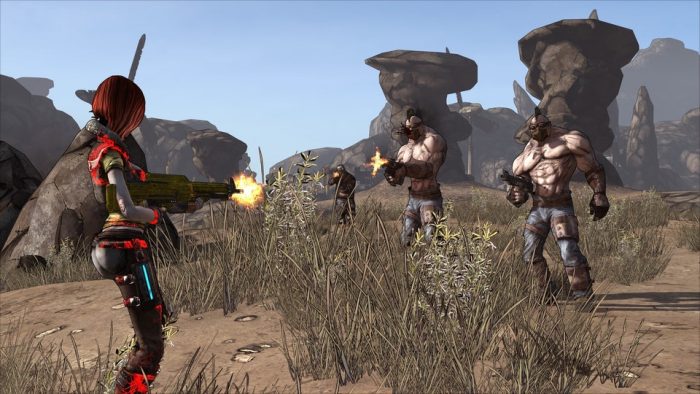 One of the best things that the original Borderlands possessed was the fact that you could literally just sit around and feel the atmosphere. You could look off into the distance and just wonder how long it was, how much it stretched, how it felt to just be there. The lifelessness gave it wonder, complexity, depth, and most of all – beauty. The sense of being alone in a world of utter danger and chaos, and that wild west sci-fi punk was one of the best things to ever come to this world, in my own view.

Now if you’re like me, and you loved the first game, you played it through, even still play it today… there comes a point in your life where you play the second game, because you have such high hopes for the Borderlands series.

You realize Borderlands 2 is nothing more than overrated, hyped-up, Randy Pitchfork Garbage. Oh, do you like how I put that? Thought so. Almost everyone who’s remotely caught up with Gearbox Software is familiar with that very hurt individual who (I assume, based on the differences in the games) had a very different team work on Borderlands 2 than the original, while also panhandling for compliments and ego-boosts from everyone around him. 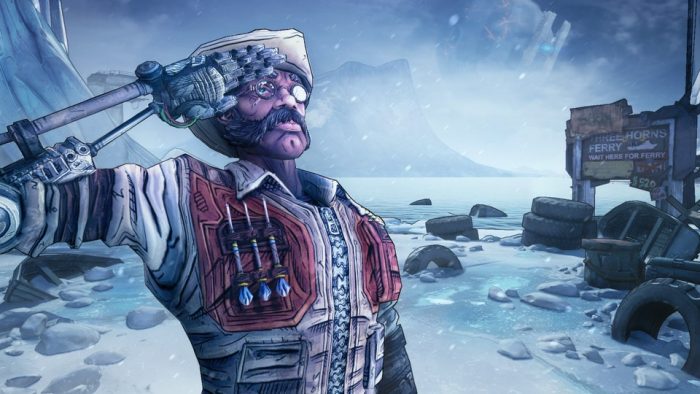 No wonder Borderlands 2 is so vastly different from the first – I presume most of the good people in Gearbox left, were fired, or were laid off, considering the difference in the release dates: 4 years apart from one another. In fact, you don’t even play as the original characters in the sequel. They’re all replaced by people that tried a bit too hard to be an addition to the original, but ended up failing quite a bit. Some of the next details in this article might not make a lot of sense, unless you’ve played both games, but I’d even say that the new four vault hunters were vague copycats of the original four, just made to be different, which stifled creativity immensely, I’d say.

Maya is Lilith, but just downplayed? Excuse me? Sorry, but you don’t take away a big baddie antihero from a roster of playable characters and then add them as an NPC. If anything though, Lilith is the most accurate to the original character that they kept, except now she speaks more – which is both good and bad.

Mordecai, Mordecai, Mordecai, what did they do to you… I really ask you that. You became a family-friendly drunkard that has a tragic incident happen to you in the story, and now you want revenge? To top it off, they replace you with an (admittedly humorous, but overdone) edgelord in the form of Zer0? That’s just an insult.

And Roland. I love you, Roland. You will always be remembered. Axton is admittedly just as much of a baddie as you are, but in his own way, though it just feels a bit diluted to be fair. But Axton doesn’t even have much of a personality, and that’s so sad! He’s just some veteran soldier, nothing much. Roland has to be the most expanded character in Borderlands 2, and that’s something I can definitely appreciate: They did him wonderful justice, and what he deserved.

But what about Salvador? He’s fun. He’s nice. He’s a chaotic little devil, and I love it. He’s likely the most creative out of the new four. To be completely fair, he redeems the whole game and makes it something really fun again. But Gunzerker was never my playstyle, so I stuck with Maya. I was disappointed, but I ended up growing attached to her to some extent. Regardless, this is just my experience, and I personally think Salvador saved the game from its eventual destruction in an original fan’s eyes.

But I haven’t even talked about the new characters they added – actual new, creative, fun characters. Krieg is just a psychotic mess, and it’s a primal urge I feel from within me that comes alive. I’m sure playing as him vents a lot of frustration that people have in general, so that’s always fun. And Gaige is just as insane, but in her own little messy way. Take a psycho, make her female, and throw Harley Quinn into the mix. Oh and don’t forget about a little pixie dust. And voila: You now have Gaige. Congratulations.

Now something I want to make clear. If you like Borderlands 2, all the power to you. But me, personally? I still enjoy it, but for different reasons than the first. If you’re going to play any sort of game, play it for the reasons you want to play it. But I personally felt extremely detached from the story, until the final bits of the game, where everything fell together. I was extremely bummed I didn’t get to play as Lilith any more, and Handsome Jack is fine as an antagonist – he’s funny (and often carries the story) – but don’t get me wrong, it’s not that noticeable until you get to the Eridium Blight (and that’s about 1/2 to 2/3 through the game).

Though something that I want to point out is that there is one area that pays homage to the original fans and the original game. I will eternally love them for this. I won’t give any spoilers, in case you want to play it for yourself, but it’s Caustic Caverns. In this area, you learn about the past of Pandora, and how it’s been changed for so long – how it’s gotten to where it is right now. In fact, I’d say it even reveals the real antagonist of the series (though I won’t spoil a thing)!

There are other areas that pay homage and have such a good feeling when you play them, such as Lynchwood, but let’s be real. Borderlands 2 isn’t a bad game. I’m just a picky critic yelling at your face. Go play the games yourself (starting with the first one, in my opinion). Don’t let my views shape your views. You’re your own person, so you should think for yourself.

Remember, opinions are like armpits. Everyone has them, every one of them stinks, no matter how much perfume you put under those bad boys. Play games for the reasons you like them. You’re human, and you deserve the right to enjoy things.

Love yourself. Roxie out.