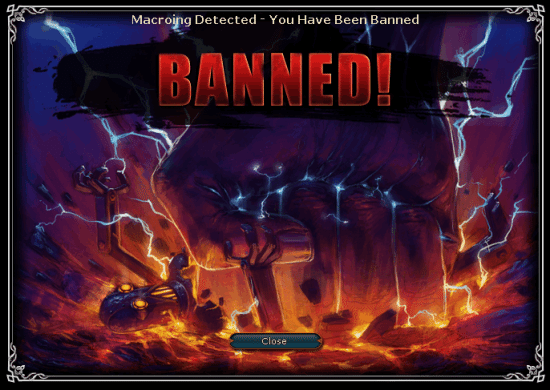 I started playing RuneScape back in 2006 after a friend of mine recommended the game to me. At the time, I was quite the console gamer, but this was the only online game I had ever played. I really got into the game in 2007 when we upgraded from dial up to high-speed cable Internet and I played fairly consistently until 2009 or 2010 when I eventually outgrew the game.

Now I’m a business student in college and my mind is constantly thinking of new ways I can make money. I’m not sure why I thought of it, but I remembered that I used to buy RuneScape gold (with U.S. dollars) from a website called RGP Stash back when I was a hardcore player. So my instant thought was: If I bought gold once, I can most likely sell gold as well.

About 5 days ago, I started researching how to make money by selling gold on RuneScape. Pretty much every source I read mentioned that it’s impossible to make money unless you set up bot (autonomous) characters. After researching how to bot on RuneScape, I purchased a VPS plan from Botting VPS and a RuneScape membership for my old account from way back when. Then I calculated how much money I could make…

According to most botting professionals, you should only run your bot about 12 hours per day. Since I purchased a VPS plan capable of handling 2 bots at a time, I figured I could run two accounts 5:00 AM to 5:00 PM and another two accounts 5:00 PM to 5:00 AM. If both bots cut down yew trees next to the Grand Exchange and they can average 15 logs per minute, then sell the logs for 479 GP each (current Grand Exchange trade rate), each bot has the capability of making about 430k per hour. With productivity at this rate, all four bots combined will make about 41 million every day. The current exchange rate for U.S. dollars and RuneScape GP is about $0.25 per million coins, so that allows me to profit about $10 a day – $70 a week – $300 a month. For doing nothing but starting and stopping bot players twice a day.

I started botting 2 days ago and I have since made about 80 million RuneScape coins (worth about $20 when I decide to sell them). After I got home from school today (around 4:30 PM), I logged onto my VPS server to switch out the new bots for their 5:00 PM to 5:00 AM shift. When I logged onto RuneScape a beautiful image of a hand smashing a robot (see screenshot at beginning of post) came up on the screen to notify me I had been banned for botting… Logged into my other three accounts and they all had been banned as well.

I have since cancelled my membership on the one banned account as well as my Botting VPS server. I lost about $17 throughout the whole ordeal, but I learned a few lessons about RuneScape botting along the way.

It’s Against The Rules

Besides the fact that the RuneScape developers actually want real people enjoying their online game, I never really understood why they were so strict against botting. However, bots ruin the game in so many ways. For one, they compete with real people trying to have fun legitimately playing RuneScape. It’s really hard for a real person to compete with a robot when cutting trees, mining, fishing, etc. The bots are programmed to be quick, they have extremely high levels because they do one task over and over again, and they can cut trees for 12 hours straight without getting bored. Perhaps directly related to this phenomenon, RuneScape bots have driven down in-game prices – a lot! In the 3-4 years that I stopped playing RuneScape, simple items like a Rune Platebody dropped 50-70% in value because bots can earn money so much easier than legit people. This makes it even harder for the people who smith Rune Platebodies to make money – unless they are a bot themselves.

You’ll Lose Interest In The Game

If you legitimately play RuneScape for fun, botting will ruin your interest in the game. I remember when I used to sit mindlessly at my laptop and fight Lesser Demons, complete quests, mine for ore, etc. When you find out that you can make a bot do all of these things automatically, it ruins the exciting part of the game: mindlessly clicking on things. Once you realize that your robot-powered character can be five times more efficient than any human player, you’ll never want to manually play the game again… If you don’t believe me, see this thread on Sythe.org or this article on Rune Tips – both people talking about how botting made them lose their interest in the game.

You’re Supporting An Economy of Pirates

Not to sound hypocritical (since I just wanted to make money doing this), but when you bot your RuneScape accounts and support companies like Botting VPS and RPG Stash, you are economically supporting RuneScape pirates. Over my RuneScape-playing career, I have probably spent over $50 on RPG Stash and I recently spent about $12 at Botting VPS. On the contrary, I’ve only spent $20-30 on RuneScape’s own website paying for an optional membership. These RuneScape pirate companies are making thousands of dollars a month by breaking the rules on a game that they didn’t even develop. It’s a smart business strategy, I’ll agree, but the only reason they are able to make so much money is that people are actually paying for their services. If people stopped paying for things like Botting VPS, I’m sure they would close down.

I Wish I Wouldn’t Have Botted

Although I wasn’t playing the game when I started botting my accounts a few days ago, I regret doing it. My prized account with levels 70+ in almost every skill has been banned for botting just 24 hours (2 days of 12 hours). It’s not that I care – it’s just the ethics behind the thing… I supported the pirates. I competed with humans trying to have fun on RuneScape. I helped drive down the virtual RuneScape economy. I broke the rules. I played a part in ruining RuneScape.