I was visiting a link from Twitter the other day and on the bloggers site I saw the following text right above their Facebook commenting system: 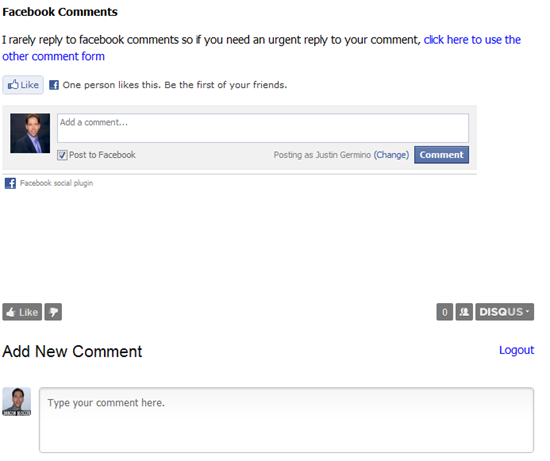 Disqus is a fairly good choice as it has a huge user base, emails readers when replies are left and is pretty popular among many blogs.  It doesn’t have as many social offerings as Livefyre but does have a guest commenting feature with Livefyre doesn’t have at the moment but will at some point.