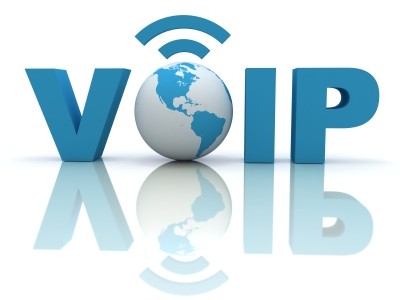 The first generation VOIP services were along similar lines as conventional telephone networks. Second generation service providers like Skype offered limited network communication for FREE with access to public networks available for premium subscription. Third generation VOIP services like Google Voice and Google Hangouts allow users to transcend domains and connect to any other location on the internet, also referred to as Federated VOIP.

Instead of using conventional digital streaming of information sequentially, information packets transmitted using Internet Protocol are sent with headers which contain data regarding the origin, destination and nature of the packet. Hosted PBX is probably the best option for businesses right now since the service provider deals with actual switching and network interfacing, letting you focus on the actual issue of communication! Hosted PBX are known to enhance employee productivity and help you run your business smoother.

Modern VOIP works by using multimedia stream optimization based on processor and bandwidth requirements for internet servers placed all over the world. Available on Smartphones, Tablets, Notebook PCs, Desktop computers etc VOIP services are fast replacing existing personal and business phone systems – both land-lines and cellular/ mobile phones. 3G, WiFi and 4G network availability in several areas has made the transition much smoother and enticing.

VOIP systems today include analog phones along with digital computing devices, using adapters to integrate existing communication networks so that the end users are least affected by the transition.

While VOIP networks are less expensive and easier to maintain with fewer devices, there are definite disadvantages too. Between two endpoints in the network, only one packet can be transferred at a time, and its maximum size is fixed (bits or bytes).

Since these networks rely on simultaneous transfer of parallel streams of information packets and bandwidth utilization is near maximum most of the time, the reliability of VOIP systems is considered to be much lower than PSTN systems.

Sequential transmission of information packets and non-attenuation are major concerns. Quality of Service is not guaranteed and Network congestion and Denial of Service (DoS) attacks are far more likely to affect VOIP based communication systems. 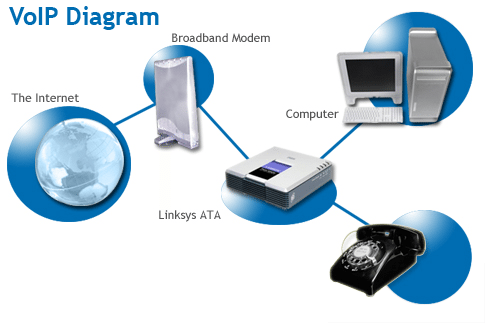 Each packet must contain header information (details regarding where from, where to, what etc.) which increases the net information being sent over the whole network including endpoints and adapters apart from the internet links.

Mobile Number Portability, or the ability to change your cellphone service provider while retaining the mobile number, causes a particular advantage of VOIP to become a concern! VOIP reduces user charges by routing a connection through the least expensive network.

Since inter-mapping of customer numbers between service providers causes this algorithmic optimization to become much more complex, better alternatives have to be devised which find out the best overall route for each individual number at any instant rather than using old results or conventions.

Emergency calls (VOIP E911 or enhanced 911 and PSTN 911)are another reason why PSTN telephony can’t be completely replaced by VOIP. Emergency calls placed using VOIP networks won’t give the receiver an accurate location of the caller due to extended networks. Thus, the ability of the authorities to respond quickly in case of an emergency would depend on whether the callers keep their emergency address information updated.

Problems faced in fax or facsimile transmissions using VOIP or Fax over IP have been solved using advanced versions of protocols like T .38 (earlier T .30). It sends parts of each packet of information in the next packet, thus ensuring that two contiguous packets of information would need to be lost for significant data loss.

The problem arises because VOIP networks are optimized for human voice transmission, and often cause data packets to be transmitted non-sequentially.

Local power failures/ outages can affect VOIP based systems, since unlike PSTN networks all internet based devices rely on electrical power. While integrated PSTN and VOIP systems are used to minimize the effects of power outages in commercial establishments, the integration is often ignored for monetary reasons.

Security of VOIP communication is just as weak as in case of any Internet based device like your PC or school server. Hackers with adequate skills can severely compromise the users’ privacy and financial security, forcing companies to spend millions on securing VOIP systems.

Colleges and even national governments often disable VOIP services to minimize expenditure on Internet services as well as forcing people to rely on paid telephony, apart from monitoring public and private communication channels out of security concerns. Legal prohibition of VOIP networks can’t be overcome by technological innovation, and must be dealt with on a global scale, much like other human rights issues. 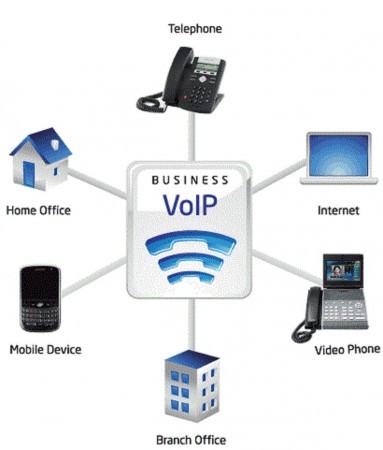 Given that there’s a long way to go for VOIP communication with Skype, Google Voice, Google Hangouts etc. to be good enough on its own, Virtual PBX or Hosted PBX is probably the best option for businesses right now since the service provider deals with actual switching and network interfacing, letting you focus on the actual issue of communication!