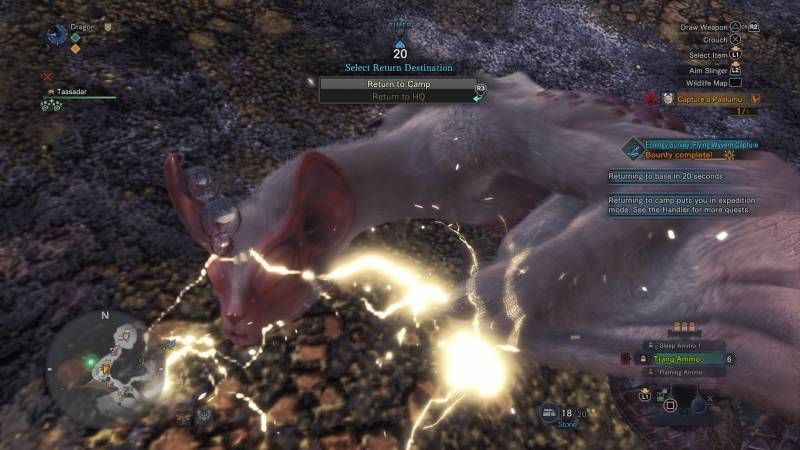 In the above video I am capturing Jyuratodus which requires you to lure it out of the water to some dry land where you can lay the trap. You know when a monster is ready to be trapped as it will start limping back to it’s nest or lair to rest, you can also see on the mini map a little flashing skull indicates the monster is near death if you have unlocked the scoutfly information to show such details.  The little blue heartbeat line next to the monsters picture over at the bottom left also occasionally flashes with an orange line indicating it is badly wounded. 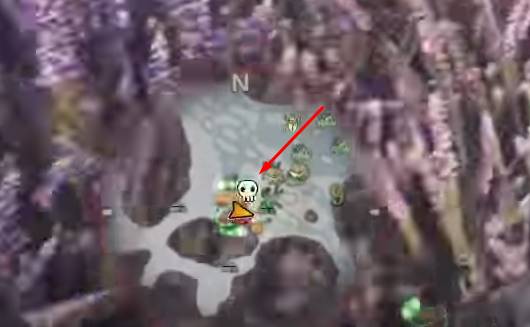 In the above image you see the little skull that flashes and floats away from the monster location on the map, whenever you see this icon it means the monster is weak enough to capture.

Capturing Dodogama was fun as well originally I assumed it was weak to water ammo being that it appeared in the same area as Lavasioth but that wasn’t it’s prime weakness, still did the job though.  So far I have captured multiple of every dragon in the game and enjoy playing though I am still only Hunter Rank 14.