The Carrie Diaries, coming to The CW mid-January, is promoted as a teen drama.  It is also the prequel to the adult HBO series, Sex and the City.  The upcoming show about Carrie Bradshaw as a teenager on the verge of adulthood is based on the book by Candace Bushnell and titled the same.  The show focuses on Carrie (of course) but is somewhat confusing about the time frame if you read about it.  Some refer to Carrie as a senior in high school while others state she is 16.  Granted she could be one of those kids who started school early but somehow I don’t get that impression. 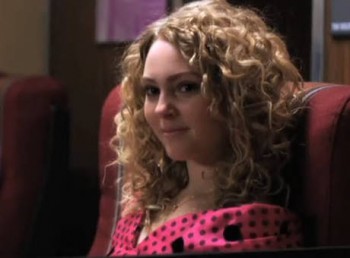 The show begins in 1984 Connecticut with Carrie’s mother recently having passed away.  This is where the book also began.  Carrie’s the oldest of three sisters and the trio is left with their over-protective father to raise them.  Unfortunately Carrie’s younger sister Dorritt is not dealing with the death well and rebelling as only a teenager can: dying her hair, getting arrested, and acting out in other ways.  Meanwhile Carrie is trying to get on with life after spending the summer grieving instead of living.  Carrie is rejected from an advanced writing seminar at The New School but admitted to Brown University.  A new boy in town, Sebastian Kydd, causes some problems for Carrie, including with a popular girl named Donna LaDonna.  After several problems, which Carrie deduces Donna is behind, things change for the two and a friendship forms through Photography Class. 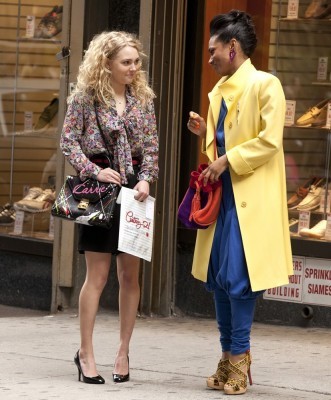 Carrie’s father Tom offers Carrie a chance to intern at a Manhattan law firm.  She, of course, jumps at this chance so she can see the wonderfully glamorous and under seedy sides of New York City.  While there she meets a style editor for Interview magazine, Larissa, and is then won over to the club culture and the things that make Larissa’s world unique, just want Carrie is after.  Before she leaves her hometown though Donna tells Carrie that she should contact her “cool cousin” who lives there since Carrie plans to move to New York permanently.  While Carrie takes the number she doesn’t have intentions of intruding on the cousin at first, but when she loses all her money and has no way to get around, she does; it turns out to be Samantha Jones.  Despite all these problems, Carrie has fallen in love with Manhattan.

Carrie Bradshaw will be played by AnnaSophia Robb who has starred in several films such as Charlie and the Chocolate Factory and Bridge to Terabithia.  Switched at Birth’s Austin Butler will be the cute exchange student Carrie likes, Sebastian Kydd with Chloe Bridges from various TV shows as the nemesis Donna and Freema Agyeman, who has been in Law and Order: UK since the beginning, as the Interview magazine girl Larissa.

While the show sounds interesting for those who followed Sex and the City I am unsure how it will appeal to teenagers who may have never heard of the show.  Or even if those who have, and especially those who have seen it, will like this earlier view of Carrie Bradshaw knowing what we all know now.  Tune in to find out on January 14, 2013.