If you’ve seen previews for the upcoming TV show The Following, you might be intrigued.  I know I am.  What you might not know is what the series is about.  The basics are that an FBI agent finds himself in the middle of a network of serial killers who are created by a kingpin type serial killer using special technology.  Sounds pretty cool huh? 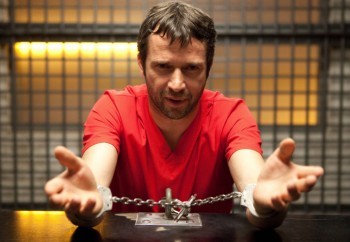 If you dig deeper into this series, you will find out that it’s a bit more complicated than that.  The FBI estimates that there are approximately 300 active serial killers in the United States.  Normally serial killers work alone or with a partner and follow a pattern, never knowing who anyone else is within this exclusive psychotic club.  Have you ever thought what might happen if they suddenly had a way of communicating with each other?  What kind of alliances would form and who would come to odds with another killer?  Well in The Following a charismatic (aren’t they always?) and highly intelligent, but no less psychotic serial killer than the rest, find a way to make all the others become cult believers who follow his every command.  What a trail of blood this will leave across the US is scary to say the least. 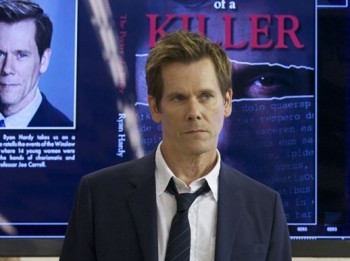 It starts with a notorious serial killer, Joe Carroll (played by James Purefoy) escaping death row and the FBI recalling the agent who caught him to consult on the case.  Unfortunately, Ryan Hardy (played by Kevin Bacon) isn’t the same man he was when he caught Carroll in 2003 after the killer murdered 14 female students at a Virginia college campus where, interestingly enough, he taught literature.  Hardy knows everything about Carroll but this time around is just here for his information not to run the mission.  While the young agents don’t think Hardy is worth anything in this investigation, when Hardy discovers that Carroll didn’t just plot an escape but has something more menacing in mind, they realize they do need him.

What’s worse is that Carroll’s outside accomplice kidnaps the last intended victim from before which makes Hardy determined to catch Carroll before he can do any more harm.  The Following with follow Hardy and the FBI as they chase after Carroll and his web of murders.  Carroll apparently wants to write a novel with Hardy as the protagonist.  Unfortunately, for the FBI they don’t really know who to trust since anyone could be a follower of Carroll.

Created by Kevin Williamson, who also produced The Vampire Diaries, Dawsons Creek, and the Scream franchise, it sounds like The Following will have viewers on the edge of their seat every episode.  Tune in January 21 to find out if your heart can take the pounding.