I am a heavy coffee drinker and so much so that I don’t really get much of a benefit from coffee anymore for keeping me awake or making me alert and providing enough energy for me to stay up late at night anymore.  So I was curious when I read about Catalyst Mints and reached out to the brand to see if they were willing to send me some to try out and do a review on.  They indeed obliged and I have been using them for about 2 weeks and can give my honest report and it is a good one.

The flavor I received was the Siberian Wintergreen and they come in individually sealed containers even when you buy a multi-pack. 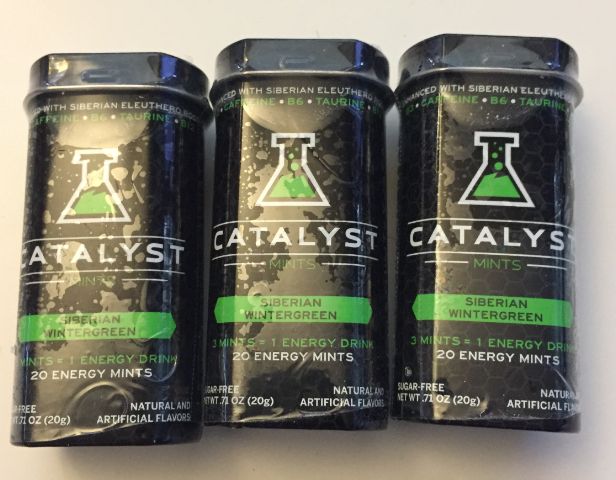 If you read the back of the can of the Energy Mints from Catalyst Mints you will learn they contain the following: 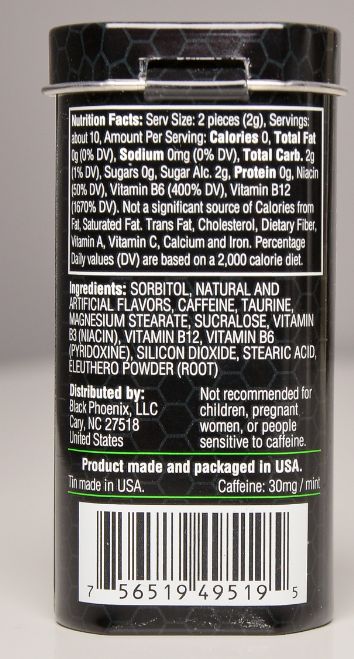 Now, 3 mints are the equivalent benefit of a single energy drink but the serving size is 2 mints so I started out with 2 but I worked my way up to 3 in one serving later on. 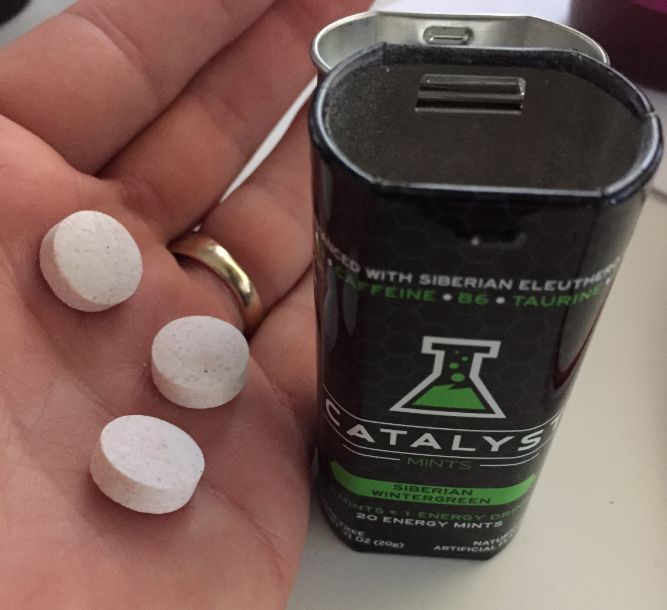 From their FAQ you can learn that each Catalyst mint contains 30mg of caffeine, along with a proprietary formula of taurine, b-vitamins, and Siberian Eleuthero.  This means 2 mints is 60mg of caffeine and 3 mints is 90mg of caffeine in one shot.  The maximum recommended number of mints you can have in one day is 13 mints according to their FAQ as well so it is recommended not to exceed this number, and of course do not have more than 3 mints at one time without spacing them out hours apart or you are risking effects of over-caffeination which can lead to jitters and more.

The Catalyst Mints contain Siberian Eleuthero Root which they call a premium ingredient used to take the edge off of caffeine, and to increase focus and energy.  This is claimed is what prevents you from feeling a caffeine crash when the caffeine wears off and I can tell you that I don’t feel as much a fatigue/crash as I do when say drinking 5 cups of coffee and then doing without for 10 hours later.

Overall I can tell you that I really like the idea of having mints provide the energy benefit over drinking a full can of energy drinks, they are smaller, more portable, easier and faster to consume and have far less sugar and carbonation.  At first I didn’t really like the Siberian Wintergreen flavor it tasted odd and had an aftertaste, but by the 3rd time I tried the mints I was completely used to it and it didn’t taste odd at all.  I can tell you that I never felt a “rush” taking just 3 mints, but I felt a decrease in fatigue and being tired, I was also able to stay up later at night without feeling so tired when taking 3 mints at about 8pm I easily was able to stay up without falling asleep until midnight.  For those who may know me, I am somebody who is always fatigued and normally have to drink a lot of coffee every day to not feel tired, so it was nice to have the mints provide an energy kick that was better than coffee for me.  The mints are economically priced as well and are cheaper than energy drinks overall if used for the same level of energy.

If you are sensitive to caffeine or any of the ingredients listed, then this isn’t the product for you, but if you are someone who uses energy drinks regularly you may really want to consider using Catalyst Mints as an alternative that may cut down calories or even if you drink sugar free energy drinks you will get less chemicals and none of the carbonation that comes with sugar free energy drinks.  I found this to be a much better alternative to drinking a can for energy for example.