The Chinese gaming industry has a unique and interesting history. Despite currently being the first in the world, it was not always the case.

Just from 2008 to 2017, China’s gaming-industry sales grew ten times. In 2018, a total of $38 billion was spent on video games by China’s 620 million players. On a global scale, it was about 28% of the global market and half of the global mobile market, putting China ahead of the US as the largest video game market at $30 billion. It also helped the video game industry become the largest form of entertainment in the world, with $138 billion in revenues, surpassing TV.

Before the smartphone games exploded recently, the leading platform of choice for the Chinese players was their PC.

The popularity of PC gaming can be traced back to 2000 when the Chinese government banned all foreign game consoles from the official sales, unknowingly planting the seeds for a rich PC game culture. The culture was centered around paying for access to the games at the net cafes, which became very popular at the time. When the consoles, PlayStation, Xbox, and Nintendo, were finally approved in 2015, they didn’t gain much popularity at first.

Breaking away from the decades-old culture of PC gaming might have been harder for some, but the figures show that mobile gaming is becoming more and more popular. 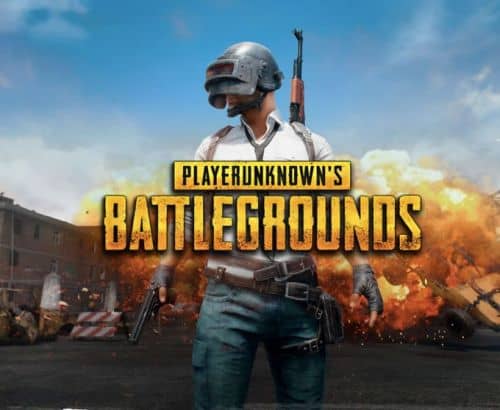 PlayerUnknown’s Battlegrounds (PUBG) is currently one of the most popular games in the world. When released on the iOS and Android in 2018, the game immediately became an overnight sensation in China, scoring the top place on worldwide download charts, despite only being available in China.

With the majority of the world under the lockdown due to the global coronavirus pandemic, the gaming industry has seen a major revenue increase. In March, PUBG became the highest-grossing mobile game worldwide, increasing the revenue threefold compared to the same time last year, raking $232 million in sales. The Chinese market accounted for 61% of the sales, while the US market came at 11%.

With the growing popularity of handheld devices and mobile games, online gambling has also received significant attention from the ever-growing middle-class Chinese consumers. Despite the fact that gambling is banned in the country, thanks to the internet, people still find ways to play the newest mobile VIP casinos. Getting around a few firewalls that the government has set up is no problem for the tech-savvy players. Since there is no real enforcement mechanism for the ban, they enjoy gambling on a daily basis.

The extent to which the Chinese government gets involved in the daily lives of its citizens is always astounding. Recently, the government’s reaction to the social media sensation Animal Crossing, which caused Nintendo Switch console to sell out everywhere, was to ban it from being sold anywhere in the country

The story behind the ban is interesting because it followed Hong Kong activists using the virtual island on the game to protest against Beijing’s rule of the Chinese territory.

A well-known activist, Joshua Wong, shared a screenshot on Twitter of his own in-game island with a banner reading “Free Hong Kong, revolution now”, which reportedly led to the game disappearing from the shelves of video game stores and popular online retailers.

Despite this track record of the government banning games and consoles in China, at the end of 2019, the government of Beijing, the capital city of the country and home to 19 million people, announced an ambitious plan to become the ‘international capital of online games’ by 2025.

At the end of 2019 the government of Beijing, China’s capital and home to 19 million people, revealed a plan to become the “international capital of online games” by no later than 2025.

The strategy is based on a fairly aggressive sales goal, with the local government projecting the sector to be worth 150 billion yuan ($21.6B) by the end of 2020.

It remains to be seen if those goals will come to fruition considering the global pandemic and sluggish economic growth, but with all the uncertainties that the world is facing today, who knows, maybe the COVID crisis will even benefit the gaming industry.

Another important aspect of the Chinese gaming market to keep in mind is that 75% of the gains are internal, with the US companies taking only 5% of the profits. Making the market an important asset for the Chinese government in the ongoing trade conflict.

There have only been a few winning markets in this crisis and the video game industry can for sure be counted as one. With the majority of the world under the lockdown, people are desperately seeking in-door entertainment to keep their monotonous lives more exciting. If the Beijing government fully utilizes the opportunity, they might even come out with significant gains in the aftermath of the COVID outbreak.