Sins of a Solar Empire is widely regarded as one of the best real-time strategy game, so a sequel such as Rebellion was highly anticipated. Sadly, it doesn’t include a single player campaign either and it feels more like a comprehensive patch than an expansion. Everything has been improved, which is reason enough for fans to buy it given the fact that Sins of a Solar Empire was so good, and a must have for those who missed the opportunity of playing the original title. 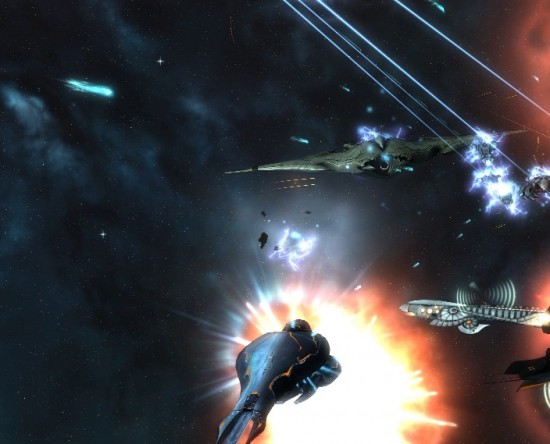 The war for space domination has begun

The TEC (or Trade Emergency Coalition) are the closest thing to humanity in Sins of a Solar Empire. A coalition of trade merchants as the name suggests, TEC guaranteed good life for its citizens, and everything prospered and flourished for hundreds of years, under what the history books call the “Golden Age”. Great progress was made in every aspect of human life. Until they came!

The Vasari were once the great masters of the universe. The Vasari Empire assimilated every other culture by either diplomacy or war. But at a moment of glory, the Vasari fleet suddenly lost all contact with their home planet. Every ship, big or small, every fleet that was sent back to see what happened never returned. Finally a ship barely made it back, almost destroyed. The Dark Armada fleet ran as far away as possible, but there were always signs of pursuit from their ruthless silent enemy. Desperate and without resources, they entered TEC space and started to conquer everything in their path. At first, TEC was overwhelmed, and since they haven’t fought in nearly a millennia, they didn’t know what to do. It took them nearly 10 years to get back on their feet and mount up a counter-offensive.

Meanwhile, The Advent intervened. Fighting against both sides, the Advent were once members of the TEC. Their ancestors were religious fanatics, militants of the “Unity”, that were castaway some time ago. Their return meant death and destruction. The Advent possess psi powers like no other, making them a formidable opponent. 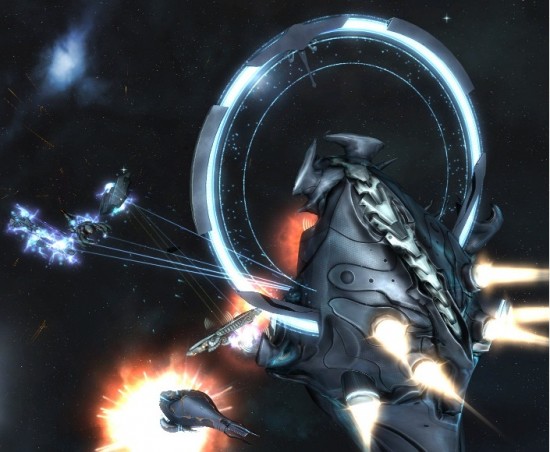 These three classes were present in the original game and Sins of a Solar Empire: Rebellion introduces three new ones, which are in fact factions of the aforementioned races. The difference between loyalists and rebels is slight and given the fact that there is no single player campaign to augment it, players won’t empathize with their cause. On the flip side, the balance was preserved and regardless of what side you join, the action will be just as intense and the outcome difficult to predict.

The Actual Game is a mixture of tactics and strategy. While managing the economy, planets, trade and constructing on a planet fall into the 4X strategy games category (explore, expand, exploit, exterminate – you know… games like Master of Orion or Civilization), building structures and ships in space and the fight style get that classic real time strategy look and feel. The learning curve is a bit steep and if you have never played Civilization, Pax Imperia or Master of Orion before, don’t even think skipping the tutorial.

I would rank Sins of a Solar Empire: Rebellion 5 out of 5 if it was a new release, but for an alleged expansion, I can’t give it more than 4 out of 5. Regardless of what you know about this genre in general and this title in particular, watch the launch trailer below because you won’t regret it.