It’s been awhile since we let ourselves go and went fist to fist against our friends and strangers alike in Virtua Fighter 5. 2006 was a great year for arcade enthusiasts and this fighting game was definitely the most cherished one released by SEGA. What we are presented with now is not a new installment, but rather a revamped version of the game we used to love. It features better graphics, a greatly improved combat system and also a new character, but the differences are negligible. 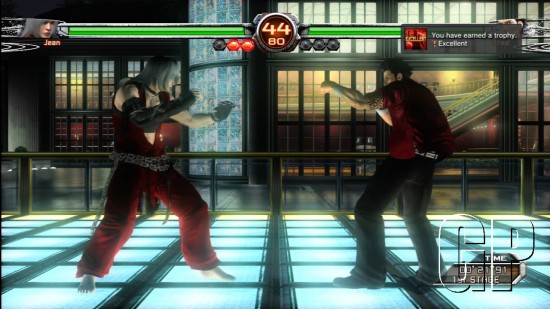 This is not necessarily a bad thing and those who loved the original for its down to Earth fighting styles and convincing gameplay, will enjoy playing Virtua Fighter 5: Final Showdown. Instead of the science fiction moves and special abilities that are now the rule in most of the fighting games, Final Showdown stays true to its name. Don’t expect to be able to perform the moves featured in game, but if you are familiar with the most popular fighting styles out there, you will find the resemblance uncanny.

There is a pretty steep learning curve in Virtua Fighter 5: Final Showdown, but while mastering the game is fairly difficult, picking up the basics is rather straightforward. You might be burning to unleash your inner fighter online, but the first steps should be made in the safe environment of the training sessions. If you have a buddy to practice with, it is even better because you will both learn while you have fun.

Reignite the flame of combat

With dozens of characters to choose from and just as many fighting stances, you will not get bored easily even if you are not particularly keen on learning new styles. Virtua Fighter 5: Final Showdown grows on you and as new moves and combos are learned, players will feel the flame of combat reigniting in their souls. A fight doesn’t take too long but in those few seconds, your heart will beat faster than ever and even skip a bit when the health bar of both players is impossible to see with the naked eye.

Time has passed over Virtua Fighter 5: Final Showdown, but SEGA didn’t waste it and despite the fact that the latest release is not an innovative one, it builds on the core concepts that were so appreciated. The game looks great and although the sound effects and voice acting could be improved, the overall package is extraordinary. Virtua Fighter 5: Final Showdown fully deserves 4 stars out of 5 and many hours of button mashing; start with this trailer to see what you would be missing out by skipping this game.