It is hard to get excited about the release of a new third-person shooter, but one with an intriguing premise such as Inversion has a decent chance of raising awareness. Among otherwise mundane ideas such as an alien invasion and a personal vendetta or a rescue mission, Inversion brings something new to the table. It promises a truly unique gaming experience, by empowering players to manipulate the laws of physics and repel the invasion in a world with zero gravity. 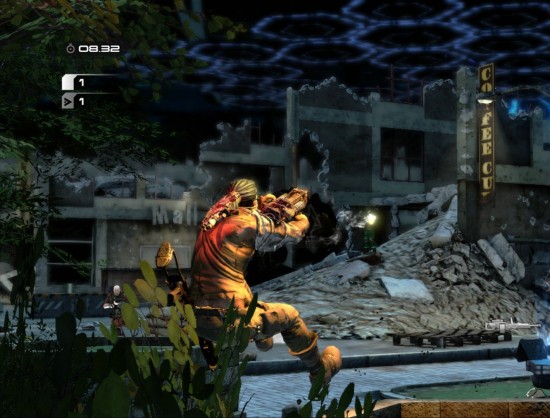 The risks of defying the law

Gravity is not something that you can trifle with even in computer games, and both the developers and the players can testify that zero-gravity conditions are not as cool as they might seem. Inversion fails to extract a lot from this concept and due to the fact that the game mechanics are rather awkward, many players will choose to progress with the campaign in a more conservative way. It is not a voluntary decision, but a natural reaction to an environment that is deadlier when altering gravity.

In theory you can take cover behind floating debris, or elevate objects and throw them towards the enemy, but the end result is mediocre. Sadly it is more effective to simply duck behind a fix cover and gun down the opponent, instead of performing an intricate but rather inaccurate dance in the air. During boss fights you’ll be tempted to walk down a familiar path and minimize the use of gravity manipulation. Multiplayer encourages players to make use of their special abilities and trigger vector changes to surprise the enemy. 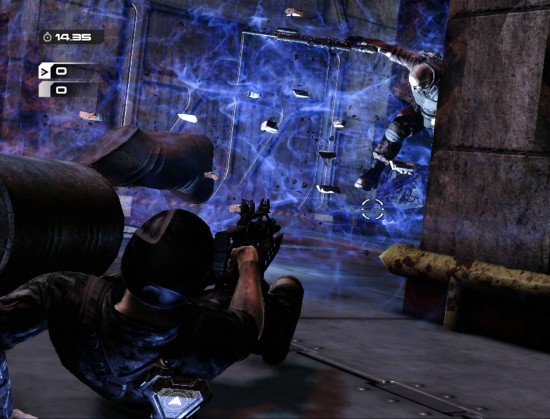 Turn your world upside down

Despite the numerous limitations mentioned above, I strongly recommend you to go out of your way and use the Gravlink instrument as soon as often. The campaign is rather shallow and this instrument that our hero finds and learns to use is the only thing making Inversion a bit special. Surviving the alien invasion and rescuing a little girl are anything but original ideas and there is little room for exploration, so the brief campaign can turn even shorter if you just follow the main quest.

The Gravlink can be upgraded and in conjunction to honing your skills, this unique contraption will provide you with some unforgettable memories. The mechanics are far from perfect but not downright broken, so you should have a decent amount of fun despite the frequent moments of frustration. A nice idea remains underdeveloped and an innovative game such as Inversion fails to meet the expectations.

Take a look at the trailer for a brief introduction into a world where the laws of physics no longer apply, but remember that looks can be deceiving. The effort was there, so I give Inversion three stars out of five, hoping that the sequel will build on the intriguing concept.