Let’s say you have to run a backup of your environment, and figure this is for smaller business or enterprises or home photography enthusiasts whose file systems measure in the Terabytes instead of the Gigabytes.  Let’s say you want to back up 5TB worth of data and you want it done in a few hours, what do you think the feasibility is of using a cloud backup service for this? 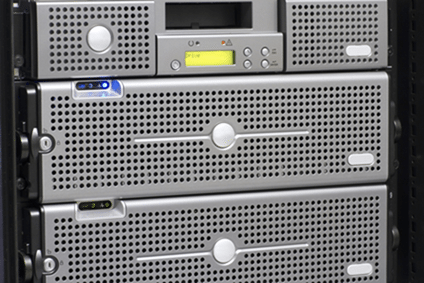 Even if you wanted to use a cloud backup for this service you could be paying well over five figures per year to keep 5TB of data archived in the cloud.  It is for this reason that Tape Backups are still a standard and leveraged for those who need vast archival flexibility and store vast amounts of data.

After all, a tape autoloader can backup up to 5TB of data per hour when dealing with compressed data and can store a dozen tapes cycling through them as needed.  The old days of manually labeling tapes isn’t needed anymore as tapes can be barcoded and auto scanned so you know what data is on what tapes.  Now most tape solutions are not going to be for your average home, but server shops where you need a robust local backup solution instead.  Not all tape solutions require a datacenter or enterprise rack either, there are some fairly robust USB 3 tape backup solutions where each cartridge can hold 1TB of data as well.

Tape backups are cheaper than having hard disk drives as a storage medium and have the convenience of popping them out and archiving them easier for storage than with physical disks.  While online cloud backup may eventually overtake any other backup medium in the future, it is still the cloud backup providers that rely on tape to archive all of that information in the case retrieval is needed years later for audit or any other purposes.

How Much Data is Created Every Minute

Every day over 2.5 Quintillion Bytes of Data is generated and most of it lies on tape backups for archival purposes especially in sectors which require holding years of data records.  While tape backups do nothing to solve the big data problem of needing to access all of that data immediately and this is one key advantage of having data in a cloud which can still be potentially accessed and indexed behind a CDN, you have the stability of offline backups that are semi permanent.