So I was sent the Comfyer Petrol cordless vacuum to review and this cordless stick vacuum promises a much more compact model that offers you not only cleaning for your carpets and hardfloors but converts to a handheld so you can vacuum beds, couches, cars and more.  We shall start with the unboxing video showing you everything you get with the Comfyer Petrol.

Now before I show you the next video which shows the vacuum in action and use, let me talk about it’s features and my thoughts on using it for several weeks. 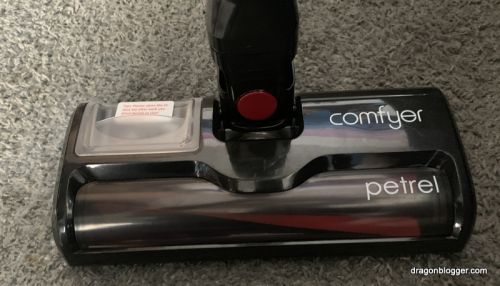 First the head is very flexible and adjustable for making easy turns around corners and pivots well, there is easy access to the filter, and the containers for dust though they are relatively small and fill up very quickly and you will likely have to dump it a few times while doing an entire room if it is dirty.  You hold the vacuum like a gun handle and there is a switch on the top for low and high speed. 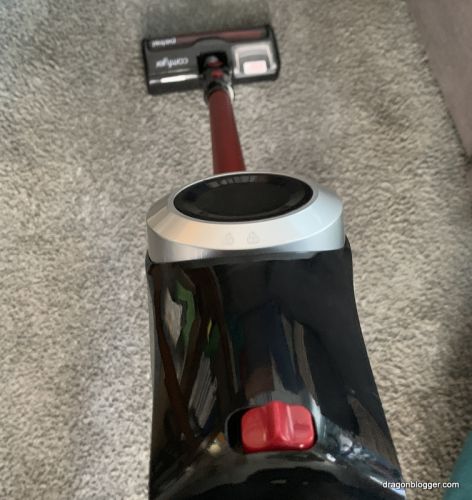 You can see the low and high speed switch in the top picture, the vacuum is relatively light weight when using it in stick mode and there is little issue with operation. 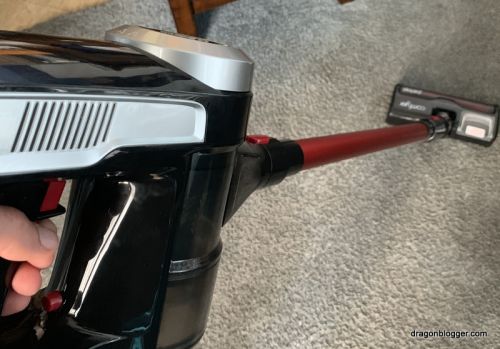 You turn the vacuum on by pressing the trigger with your index finger, and when you release the trigger the vacuum shuts off.  This can be an issue for people who have finger problems or the act of holding a trigger causes discomfort rather than an on off switch or if the trigger were an actual on and off button rather than have to depress it the whole time while vacuuming.  This to me wasn’t the best design and you should not have had to hold it the whole time during vacuuming.

Over hard floors the vacuum worked very well, in particular because of it’s mix of bristle brush and solid rubber/silicone wedge which help scoop up dust and particles on the hard surfaces.  Overall this is where the Comfyer Petrol performed extremely well in taking off nearly all dirt and matter off of hard surfaces. 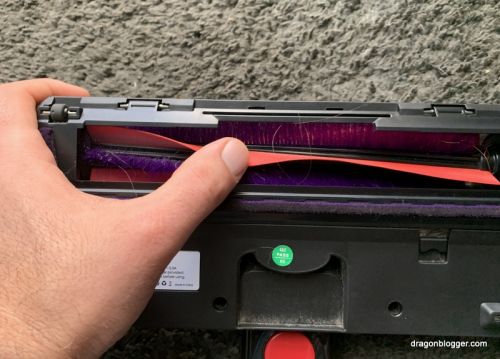 However I found for thicker carpeting, the bristles were too thin and flimsy and the same silicone wedge would not allow it to pick up dirt any better than my old $60 vacuum, here it gets only an average score because it simply was not able to properly displace the carpeting to get to the dirt that sticks between the carpet fibers.  The suction is pretty good, but the roll brush simply doesn’t have enough force to displace dirt in the carpeting for the vacuum to be as effective. 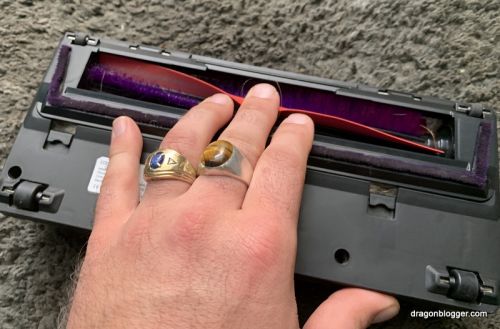 Next we did the hand vac mode and I have to say this is where the stick vacuum from Comfyer really does well again, it has a very strong suction and far more power than your typical dust buster vacuum.  The various attachment heads allow you to tackle larger surface areas or narrow down to baseboard corners with ease. 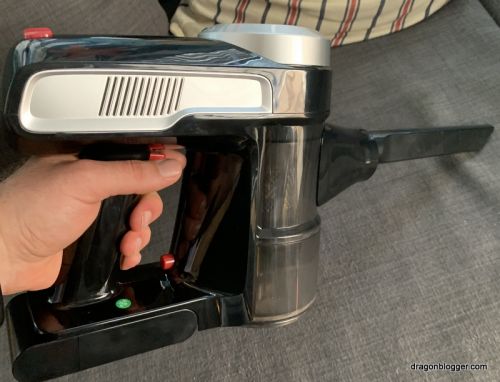 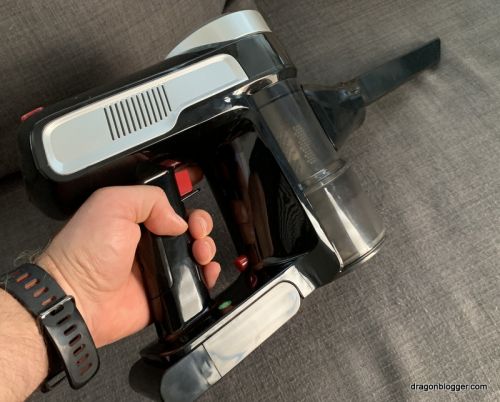 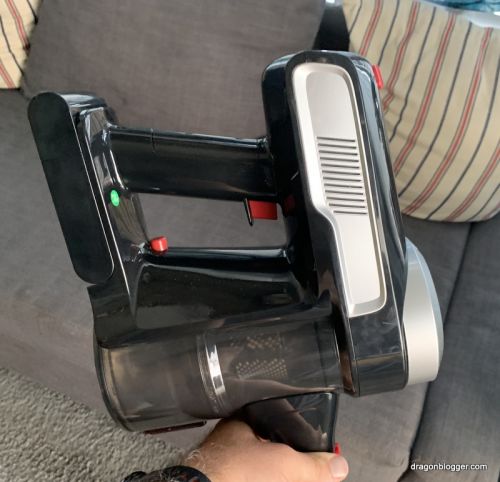 Except for one thing, in handheld mode the vacuum which was light and easy to use as a stick vac is actually quite heavy over time compounded by having to hold the button down while vacuuming.  I started having hand fatigue 30% through my hand vac job, and I can imagine it would give anyone’s hand and wrist a workout if you used it for more than 2-3 minutes at a time for hand vac jobs.