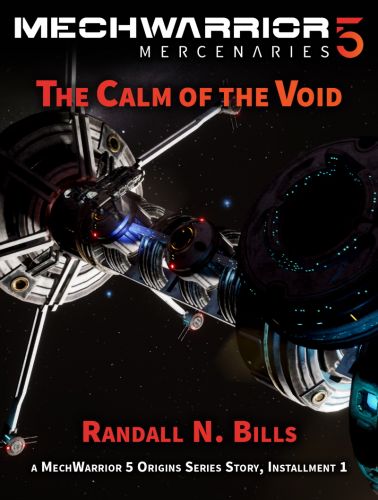 The first story, titled The Calm of the Void, begins this collection of eight original works exploring trials endured by Nik’s Cavaliers, establishing the group’s key figures ahead of their roles in MechWarrior 5: Mercenaries. MechWarrior 5 Origins is penned by Randall Bills, author of over half a dozen novels, and whose led the publication of hundreds of sourcebooks and rulebooks set within the BattleTech and MechWarrior universe over the past two decades. Fans eager to learn more about the fascinating world of MechWarrior can read The Calm of the Void in its entirety here: https://mw5mercs.com/novellas

“It’s such an amazing time to be a BattleTech fan, what with the wild success of Catalyst Game Labs’ Clan Invasion Kickstarter, Harebrained Schemes continued DLCs for their fantastic BATTLETECH game, and now we’re almost at the drop for the highly anticipated MechWarrior 5,” said Randall N. Bills, Managing Developer for Catalyst Game Labs. “I started playing the miniatures game and reading the novels in 1986 and of course ran out and grabbed the very first MechWarrior computer game in 1989. I’m incredibly grateful to once again have the opportunity to contribute to this amazing universe we all love, working with the great team at Piranha. I hope the serial brings the coming MechWarrior 5 alive in wonderful, new ways. I know I can’t wait to hear ‘all systems nominal.’”

Standing as the series’ first mainline installment in nearly two decades, MechWarrior 5: Mercenaries puts pilots in charge of their own mercenary outfit across a multi-year campaign set during the Third and Fourth Succession Wars.

Whether calling the shots solo with AI-controlled allies or bringing in up to three friends for reinforcements via cooperative play, MechWarrior 5: Mercenaries’ open-ended campaign is rich with player choice. Command leaders will choose which contracts to accept, which sectors of the volatile galaxy to focus on, and which ‘Mechs to take into difficult battles, taking full responsibility for the triumphs and hardships ahead of them.