Recently I decided to invest in myself and upgrade my streaming quality as well as improve my efficiency with doing video editing and rendering as my gaming laptop had an Intel Core-i7 and an Nvidia GTX 1060 Mobile which was fine for casual gaming, but I struggled with the latest games having to play Red Dead Online and other games on the lowest graphics settings, especially if I wanted to game and stream from the same laptop.  I also would face relatively long render times and delays when trying to edit down multi-hour streaming sessions to get highlights, clips and do video editing and rendering. 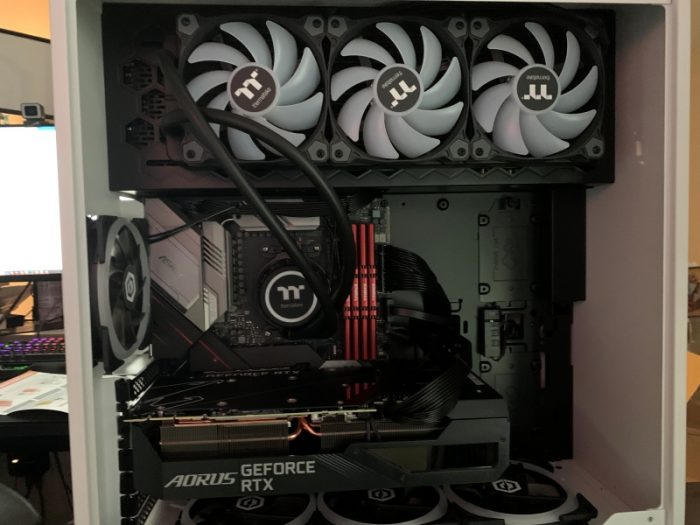 I custom ordered my machine from CyberPowerPC after looking at several PC building suppliers and deciding they were the best price/performance bet I could make at the moment. I had purchased a prebuilt CyberPowerPC for my son back in Summer of 2020 and was very happy with it, and he is using it without issues for around a year now.  So the parts that I picked out on their PC Configurator were state of the art, for reference I am linking to the direct individual parts here on Amazon because if you compare part prices individually and general lack of availability you will find that CyberPowerPC was able to completely build a PC for only slightly above what one would pay for retail costs of purchasing all the parts individually themselves. 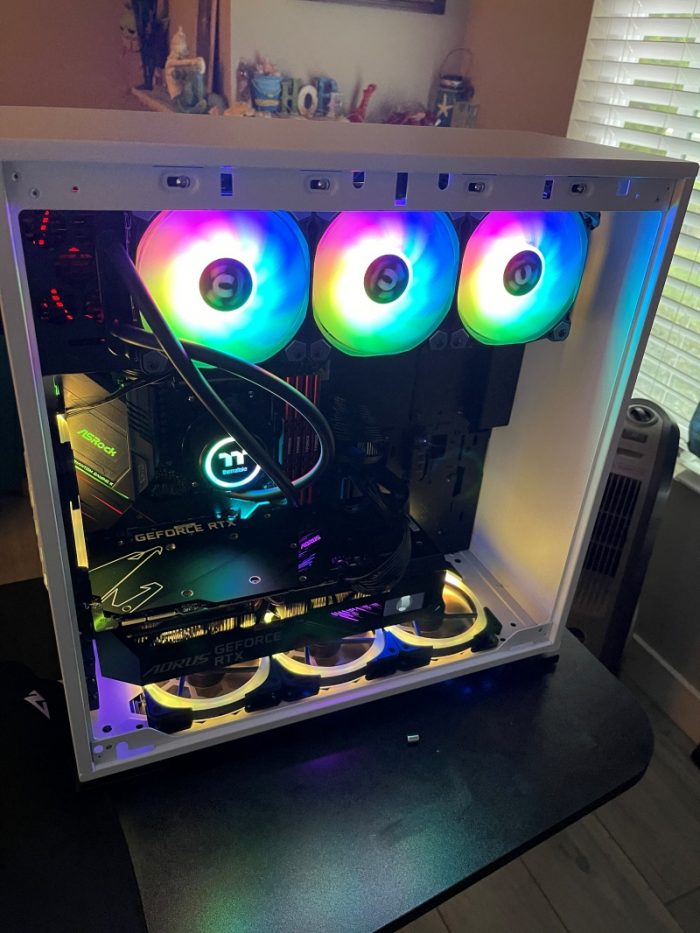 The RTX 3090 is incredible and I just don’t have a frame of reference since the best card I had used was a mobile 1060 before it, I can literally play anything at highest settings and it runs like butter and my streams are so much better now while gaming with no framerate drop.  Not a cheap card, but worth every penny in my opinion.

The only thing I will note, is that in working with my buddy Iggy from ThisBytesForYou he determined the BIOS wasn’t patched to the latest version and was 4 revisions old, and it wasn’t optimized to take advantage of XMP2 and the PC-3200 DDR4 RAM as it was running slower than it should, so we did optimize the BIOS together and I was able to get immediate improvement after updating the BIOS from a FAT 32 USB boot and tweak some settings.  Other than the BIOS not being the latest firmware version and optimized, everything inside the case was flawless and the custom cut foam on the interior had every part seated perfectly.

Even better, they originally estimated my Gaming PC wouldn’t ship until end of April and they were able to have it built and shipped 3 weeks earlier than their forecasted and estimated date. The AMD Ryzen 9 5900x lives up to it’s reputation, while I don’t have official benchmarks I can tell you what used to take Filmora X 20 minutes to render can render in less than 2 minutes now on this new machine. So far, it has only been about 3 weeks but I am very happy with my CyberPowerPC build so far.  Though you will have to wait if you want to order a custom build with one of the RTX 3xxx series GPU’s due to availability issues, they are likely worth the wait.