VANCOUVER, B.C. – May 21, 2019 – Phoenix Labs, an independent game studio built on the foundation of delivering AAA experiences for players to enjoy together, launched their free-to-play co-op Action-RPG Dauntless on PlayStation 4, Xbox One, and the Epic Games store today. Dauntless represents a major milestone in the games industry as the first ever game to launch with true cross-play functionality across all platforms. The launch fulfills Phoenix Labs’ promise of “One Dauntless,” a cross-platform and cross-progression system that enables players to take their Dauntless account with them wherever they go, and allows players to team up with others around the world regardless of their platform of choice. 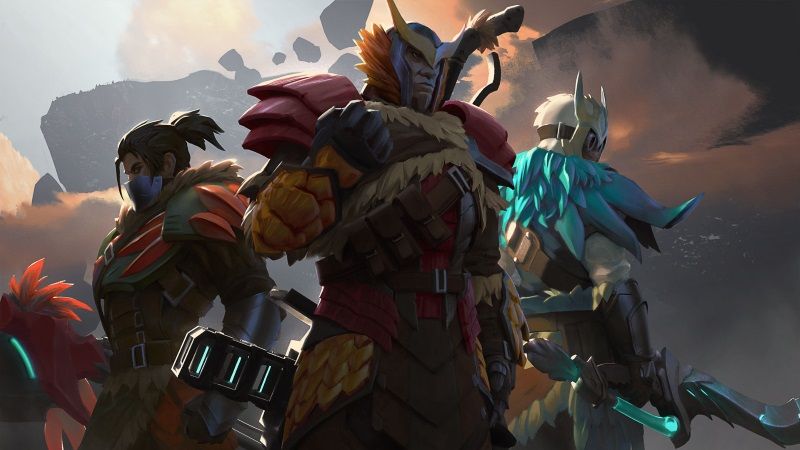 “After a year in Open Beta and a ton of great feedback from over 3 million Dauntless players, we’re proud to bring our game to console and expand our PC audience through the Epic Games store,” said Jesse Houston, CEO and Co-founder, Phoenix Labs. “When we first started talking about ‘One Dauntless,’ we knew it was a truly audacious goal. No one has ever launched on console with full cross-play support from the start, but we believed in our vision and, thankfully, our friends at Epic Games, Sony, and Microsoft did too. Keeping the community connected is one of our top priorities, and with all the new players coming in at launch, there’s never been a better time to be a Slayer in Dauntless.”

Dauntless arrives on PlayStation 4, Xbox One and the Epic Games store with numerous improvements and content updates. The Mastery system offers a new way for players to hone their skills, earn experience, unlock achievements, and acquire new rewards. Each Behemoth and weapon has its own unique Mastery card for players to delve into.

Players can also look forward to a massive campaign rework. Everything from questing and crafting to meeting other players and pursuing Behemoths has received massive updates. The rework also introduces a brand new “End of Hunt” screen, providing players with a wealth of information, including progress made in various Mastery cards, quest rewards, Behemoth break parts earned, and more.

Also launching today is a new Hunt Pass. The Hidden Blades Hunt Pass transforms the world of Dauntless for the Moon Blossom Festival and offers players a huge variety of thematic gear to flaunt their inner assassin. As with previous Hunt Pass seasons, players can work through 50 levels of content across both the basic and Elite tracks, earning cosmetic rewards as well as premium currency along the way.

Dauntless puts players in the role of a Slayer, one of a rare class of heroes risking their lives to defend the Shattered Isles from a growing Behemoth threat. As a Slayer, players and their hunting party are all that stand between the Shattered Isles and the Behemoths that seek to devour it. Players take on boss-sized monsters, forge powerful weapons, and craft armor from the very creatures they slay — all in a massive, free-to-play online world.

For more information on Dauntless, and to stay up-to-date on the latest news, please visit the official site at www.playdauntless.com

Phoenix Labs is an independent game company based in Vancouver, British Columbia and San Mateo, California. The company was founded in 2014 to create games for its passionate community and evolve the way great games are made and enjoyed. They aspire to create new AAA gaming experiences that their community will share for years to come. Their debut title Dauntless, a co-op action RPG, is being developed by a veteran team from BioWare, Riot Games, and other acclaimed studios. For more information on Phoenix Labs and to view open positions visit https://www.phxlabs.com/.